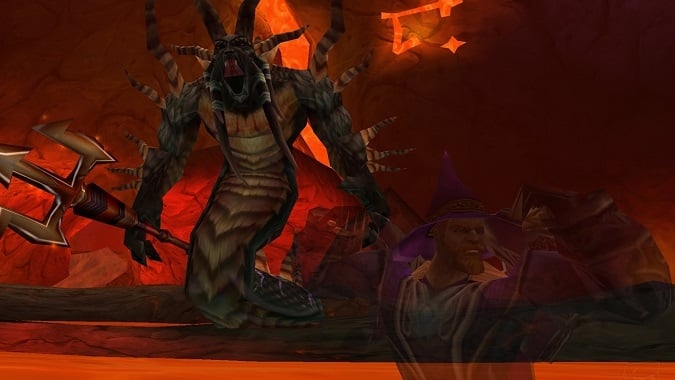 Legion‘s class champions are a diverse bunch, from a lightspawn to a ghost and even a Vrykul mead-brewer. Some are brand new to the game’s story. Others have been with us ever since the early years. In the last Archivist, we looked at the origins of three champions from early WoW: Duke Hydraxis, Marin Noggenfogger, and Altruis the Sufferer. Today, we’ll examine three more: the druid Naralex, the Eredar Twins, and Archmage Vargoth. 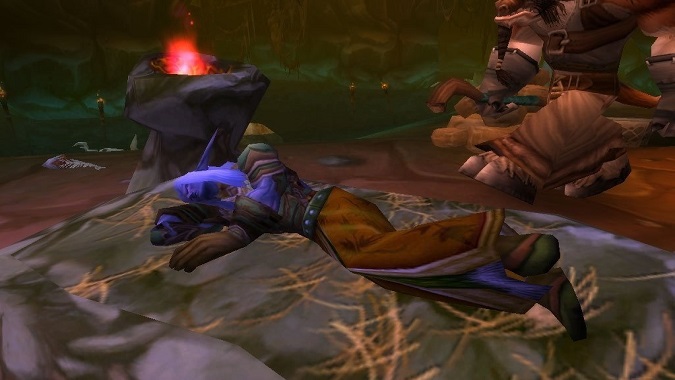 In early classic WoW, few players ever faced the final boss of Wailing Caverns. They simply didn’t know that Mutanus the Devourer existed. There was no helpful chime like today to let you know that you’d finished clearing all the bosses. Wailing Caverns was a winding, bewildering maze, with nine potential bosses sprinkled throughout its twisting passageways.

Many groups got lost in there, ran into pull after pull of early WoW‘s ridiculous trash respawns, and gave up. If a group made it all the way to Verdan the Everliving, they usually figured that was the end of the dungeon. They looted him and hearthed out.

But if you returned to the Disciple of Naralex, who stood all the way back at the entrance, you could begin an escort mission to save the druid Naralex from the Emerald Dream. The true end boss of Wailing Caverns, the oversized murloc Mutanus, tried to stop you. If you bested him, you could wake Naralex from his endless slumber. It wasn’t until much later in the classic era that people realized this option existed and groups regularly summoned Mutanus at the end of Wailing Caverns.

When you cashed in the quest to save Naralex, you heard one of WoW‘s first hints that all was not well in the Dream — a theme that has finally come to the forefront of the game’s story in Legion. Naralex entered the Dream on a quest to transform the Barrens into a lush paradise. It’s because of him that we’ve seen signs of new growth in the Barrens since the Shattering. 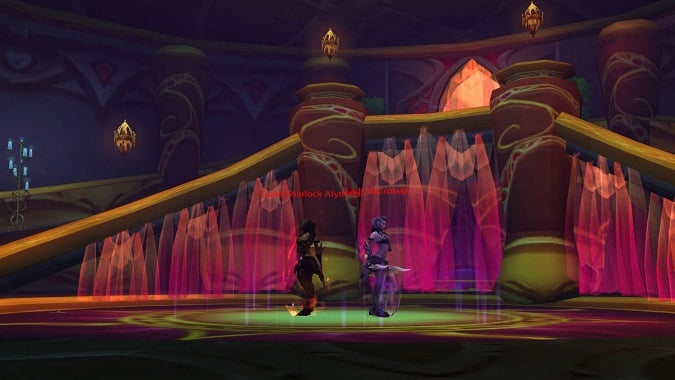 Sunwell Plateau was a raid that few players got to experience when it was the peak of progression during late Burning Crusade. Attunements had kept many players out of raiding during that era, along with many other issues: the class stacking that raiding guilds favored, the lack of options to catch up on gear, the resistance gear required for certain encounters such as Hydross the Unstable, the expensive consumables that raiding required, and the sheer challenge of the raids themselves. At that time, raids had only one difficulty setting, so they were basically always Mythic.

Hardcore progression guilds got to experience all the joys and frustrations of Sunwell Plateau, and there they encountered the Eredar Twins as the fourth boss. Lady Sacrolash and Grand Warlock Alythess were a pair of Man’ari eredar who could be killed in either order. Killing Sacrolash first was considered the harder option and it rewarded better loot. This encounter, if I’m not mistaken, was the first such encounter in WoW to offer a “hard mode” bonus based on the kill order. (Note that this bonus was removed at the end of the expansion, and the encounter now awards the best loot no matter what.) Blizzard would later use this mechanic in several different council-type encounters, including Ulduar’s Assembly of Iron.

Burning Crusade raids offered a number of encounters, including High King Maulgar and Leotheras the Blind, where non-tank classes could tank one of the encounter’s enemies. Eredar Twins was also one such. It was advantageous to tank Alythess with a Warlock so that the “real” tanks could focus on the aggro-dropping Sacrolash. Given the prominent role of Warlocks in this encounter, it’s appropriate that the Eredar Twins now serve as Warlock class champions. 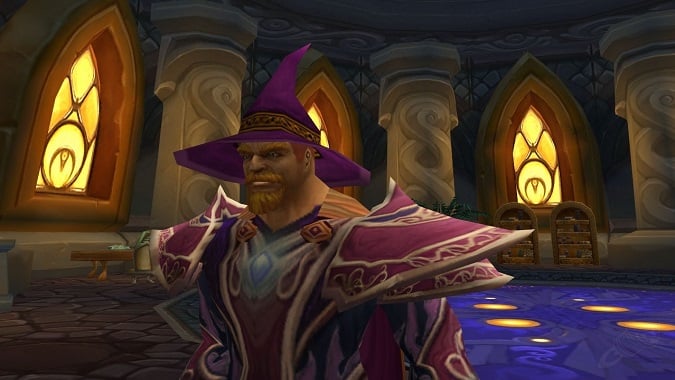 If one item in the game could be said to be WoW‘s most famous “toy” before the Toybox existed, it’s probably Archmage Vargoth’s Staff. You rebuilt the staff during a questline in the Netherstorm zone of Outland. Once it was complete, you could summon and interact with the Image of Archmage Vargoth, a Kirin Tor mage who was trapped in a tower.

The quest line was a player favorite — not just because of all the Hotel California references, but because it was one of the first that didn’t require you to run all the way back to the questgiver to get the next step. As soon as you were done with one quest, you used the staff, cashed in with the Image, acquired the next, and continued on your way. In future expansions, Blizzard gave a myriad of communication devices, both mechanical and arcane, to questgivers to streamline the questing experience. It all started, however, with Vargoth’s staff.

Despite the quest line’s popularity, many players never finished it. The staff was one of the few items in the game back then that could create an object in the game world. People liked that about it, so they decided to keep it rather than finishing up the quests and losing the staff. Blizzard later changed the quest line so that you could keep the staff after you finished the last step.

The staff was more than just a fun visual. The image reacts to certain emotes, like /flex (seen above). It can actually interact with certain boss mechanics. Most famously, the Lich King’s Necrotic Plague could spread to it. Some players also used the staff in PVP. You could distract enemies and make yourself more difficult to click on by dancing around it. The enemy player might even get annoying quest windows popping up while they were trying to kill you if they hadn’t done the questline. You could also use it to create a decoy Track Humanoids dot on an enemy’s minimap. Rogues liked to macro the staff into their Vanish to utterly confuse their opponents.

Vargoth (or his image) has made an appearance in every expansion since Burning Crusade. You could visit him in person during Wrath of the Lich King by completing the infamous Higher Learning achievement in Dalaran. But usually it was his image that we met. His image fought with us in the Firelands during Cataclysm, appeared on Pandaria’s Isle of Thunder, and even served as a garrison follower on Draenor. Now he serves (in the flesh and with an updated wardrobe) as a Mage class champion in Legion. The staff now has its own actual toy, the Spare Staff, but sadly they share a cooldown.