Playing Sombra is a hack of a lot of fun 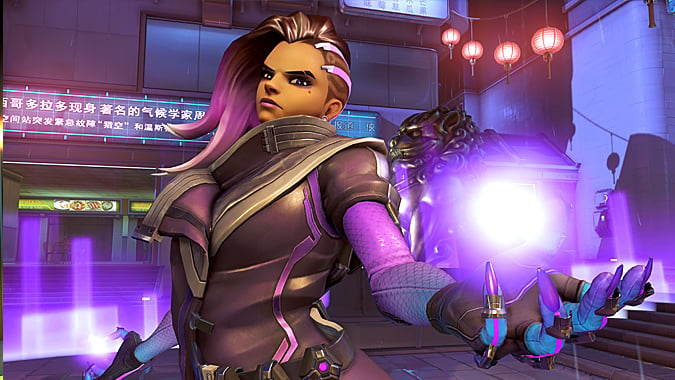 Today, after months and months and maybe a few too many months of teasing, Sombra hacked the BlizzCon opening ceremony and made herself known. And boy, was it a grand entrance. Not only did we see her in a brand new animated short, we also saw what happens when Sombra decides to boop your snoot. Yours truly just happened to be watching the opening ceremony from the front of the Overwatch demo line — totally by coincidence *wink wink* — and got a chance to play Sombra. She is an excellent addition to the Overwatch roster.

Let’s start with a rundown of her abilities:

My initial impression of Sombra is that she feels most reminiscent of Tracer. Her weapon feels and fires a lot like Tracer’s guns do, and her teleport is like a more controllable Recall. That’s not to say she’s too much like Tracer by any means — just that if you’re at all familiar with Tracer, getting used to Sombra will likely be easier.

I only had time to play through one full game, but in that time, her translocator alone sold me on the character. What at first seemed to be a fancy Blink turned out to be an ability with much more tactical use than I expected. At one point, I threw the translocator behind a Reinhardt, which allowed me to attack him and not worry about his barrier. At another point, I placed my translocator in a hallway preemptively so I had a quick escape if I got in trouble. And my absolute favorite moment with the translocator had to have been when Pharah knocked me off the edge of a map and I managed to hit E as I was falling and teleport myself back onto the map. 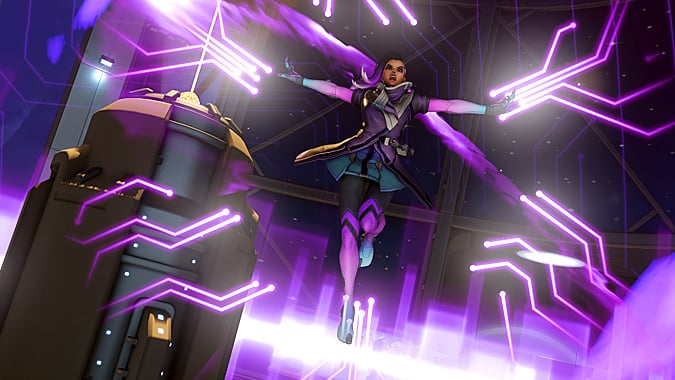 Using her hack was also a lot of fun and took a surprisingly short time to channel. It seemed like I was able to hack enemies within one second and could do so without being all that close. Honestly, if anything about Sombra gets nerfed, I suspect it will be the hack channel time or the range at which it can be done. Granted, being hit interrupts the channel, but it still felt much easier than I think was maybe intended.

If there’s one thing players will probably have to force themselves to get used to, it’s that invisibility is much less of a defensive ability than you might think. Having played a lot of Reaper, I instinctively used this when I was under heavy fire and wanted to escape, only to find myself hit by weapon spray and my invisibility broken. This one is going to work much better as a way of sneaking up behind your opponents. For instance, it’s a very good way to get behind a healer, hack them quickly to prevent healing, and finally taking them down with Sombra’s strong pistol.

Finally, the one ability I couldn’t quite tell the effectiveness of was her ultimate. I made a habit of getting in the middle of as many enemies as possible before using it, but it wasn’t all that easy to tell what effect it had on anyone. However, this may just be a case of not knowing the proper way to use her ultimate yet.

Overall, Sombra was a lot of fun. She’s not overpowered but not weak either — it seems that she may have a high skill cap, but a low barrier of entry. I think a lot of players are going to find her a really good addition to the Overwatch roster, one with a player reaction akin to Ana but one that more players will wind up using. I can’t wait until she’s officially released.

Blizzard Watch is made possible by people like you.
Please consider supporting our Patreon!
Filed Under: Blizzcon, Blizzcon 2016, Playing Sombra, Sombra
Advertisement