Stocking stuffers for all of your gaming BFFs 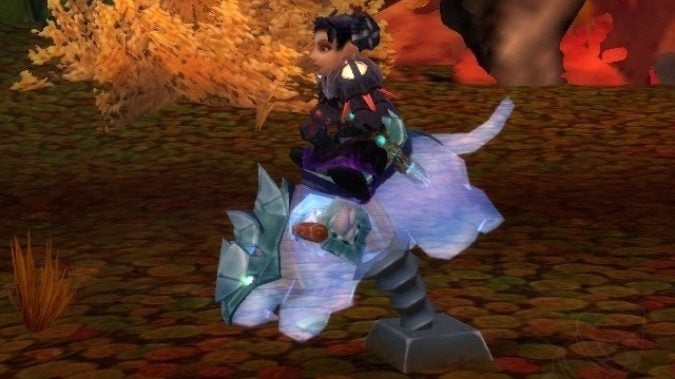 Whether you love shopping or — like me — hate shopping, the holiday season is upon us, and that means gift-giving. And gift-giving, unfortunately, means gift shopping. Sigh.

But we’re here to help with a list of gifts that we’re planning on picking up this holiday season… though, admittedly, some of them are a little big to stuff in stockings. (And they aren’t just gifts for ourselves. Really. We promise.)

Gift cards, as much as you want to spend

They say gift cards are a lame, thoughtless gift. “They” are wrong, because getting gift cards instead of things you don’t want (thanks, I really needed another holiday sweater, Grandma) is awesome. You can buy Hearthstone packs with Amazon Coins (if using an Amazon device) or iTunes gift cards (if using an iOS device), Amazon gift cards can buy all sorts of Blizzard books and swag, and Jinx gift cards can buy even more Blizzard swag. And if you’re looking for a gift for someone who wouldn’t want any of that stuff, you can probably find a gift card for something they do want. Easy!

The Warcraft TCG is long-gone, but you can still pick up unused loot cards online… though be warned, the really cool ones are way too expensive to be stocking stuffers. (Like the Spectral Tiger, which sells for over $1,000 on eBay. Who has the gaming budget for that?!) Still, you can pick up some fun, unique toys like the Spectral Sandbox Tiger and Bloat the Bubble Fish.

Tea is a delicious way to caffeinate yourself for long gaming sessions (without getting the energy drink jitters). Try a seasonal holiday tea, grab a sampler for more variety, or try blends based on Warcraft classes, Warcraft drinks, or Overwatch characters.

Warcraft, Overwatch, Diablo, and StarCraft Funkos, around $10 each

Adorable and cheap, Funkos are awesome gifts for anyone who isn’t our own cute-hating Matticus. Among our favorites are Sylvanas and Winston. So cute! 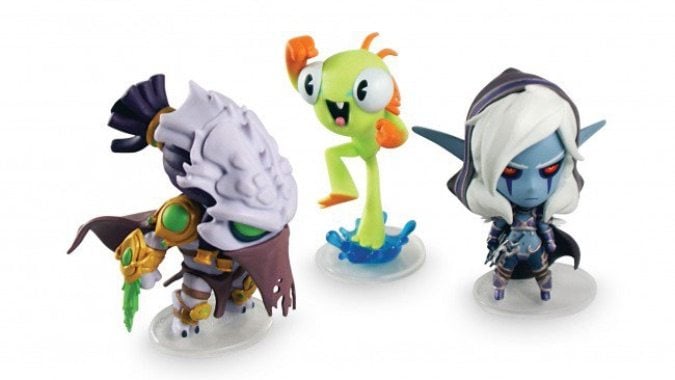 As the name implies, these 3″ miniatures are cute versions of the Blizzard universe’s most deadly characters. Like Murlocs. They’re blind-boxed so you don’t know what you’re going to get, but that’s part of the fun, right?

If you followed us at BlizzCon this year, you might know that the Chromecast is one of the team’s favorite convention accessories. By hooking it up to the hotel TV, we could livestream the panels and have the latest info whether we were on the convention floor or not. It will put just about anything on your computer on your television, whether you want to watch Alex’s favorite YouTube show or Blizzard’s horrifying Murloc-themed yule log. (Honestly, though, if you want a yule log this is the way to go.)

We don’t think this color-changing lamp actually regenerates health or mana, but it will look pretty cool sitting on a desk. (But look for it while it’s on sale for the holidays, before it jumps back up to its regular price of $45.)

Ah, the good old days when we were but tiny newbies venturing into Elwynn forest for the first time and running into this murderous guy. Which is to say that this slightly crazed Hogger plush brings back memories of my earliest terrible deaths in WoW. (Though Stitches brings back similar memories.) But if you don’t want a murder-plushie, there are plenty of others to choose from.

The base-model 7″ Fire is old enough to be considered stone age technology in internet time, but for $30 it’s a pretty great tablet. It makes a fair second screen so you can pull up guides and other useful stuff while keeping WoW going on your desktop — or watch Twitch or or listen to Spotify. And you can play games on it, too, just don’t expect the latest mobile to run (or run well) on this low-end tablet.

Blizzard Watch is made possible by people like you.
Please consider supporting our Patreon!
Filed Under: Gifts, Shopping, Stocking Stuffers
Advertisement