Warriors aren’t exactly one of the most convoluted classes on Azeroth. Let’s face it — they don’t deal with magic, they don’t have a particularly complicated history. Anyone can pick up a weapon and learn to use it, with enough training. For Warriors, it’s not really so much about rich, lore-heavy storylines. It’s more about what they choose to do when they roll out of bed in the morning — what keeps them fighting every day?

In Legion, Warriors get the Class Hall treatment along with every other class. However, while other classes have a fairly involved storyline, many players have noted that Warriors feel slightly disconnected. It’s not that the story isn’t good. It’s more that the story involves a cast of characters that have little to do with recent Azeroth history, so Warrior players just don’t feel quite as involved with it. 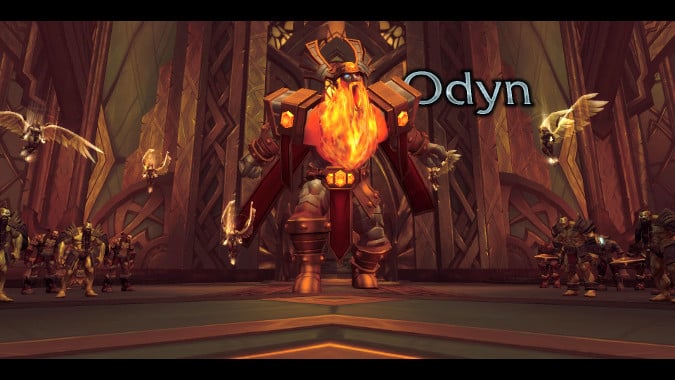 Warriors have their Class Hall in Skyhold, a section of the Halls of Valor. The Halls of Valor have their own piece of history that goes all the way back to Azeroth’s creation. When the Titans created the titan-forged, they empowered Keepers with part of their own powers. Odyn was one of these — empowered by Aman’Thul, his work in defeating Ragnaros and bringing down Yogg-Saron earned him the title of Prime Designate. Basically, Odyn led all the titan-forged, watched over Yogg-Saron’s prison, and maintained the Forge of Wills.

Eventually, the other Keepers wanted to ask the Pantheon to empower the Dragon Aspects for their service in the fight against Galakrond. As Aspects, the dragons could serve as protectors of Azeroth. Odyn disagreed with this idea — as far as he was concerned, only the titan-forged could be trusted with the defense of Azeroth. But the Keepers went ahead with the plan anyway, and the Aspects were created.

Annoyed, Odyn devised a plan. He lifted a section of Ulduar into the sky, creating the Halls of Valor. He then told the vrykul that those who died a worthy death in battle would have their spirits raised to the Halls of Valor, where they would be give new immortal bodies, infused with the powers of the storm. These warriors — Valarjar — would defend Azeroth far better than those silly Dragon Aspects ever could. 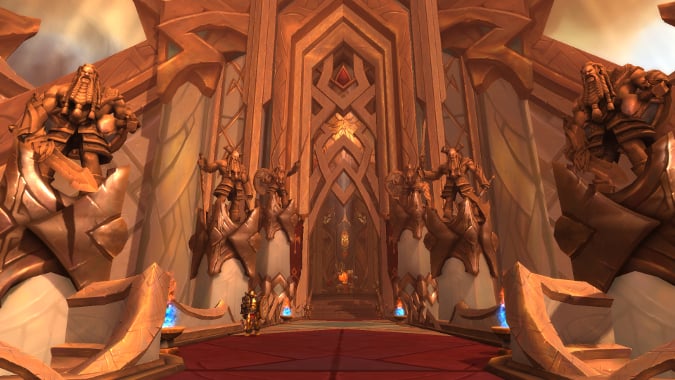 As a Warrior, you are brought to the Halls of Valor just before the moment of your certain demise. Odyn tells you that he’s foreseen your coming, and declares you one of his Valarjar. Taking your place as the greatest living Warrior on Azeroth, it’s up to you to lead Odyn’s armies to victory over the Burning Legion.

Warrior characters can choose to embrace this role — or, as with any in-game storylines, they can choose to ignore it. Maybe your character is affiliated with the Valarjar, maybe they feel a sense of empathy for their fellow Warriors, but they certainly aren’t obligated to be the automatic leader.

Warriors aren’t necessarily the scholars of Azeroth. They don’t necessarily have a vested interest in ancient history, nor would they automatically care about a race of super-warriors living in the sky. It’s up to you how far you want to take your character’s involvement in all this supernatural storytelling. 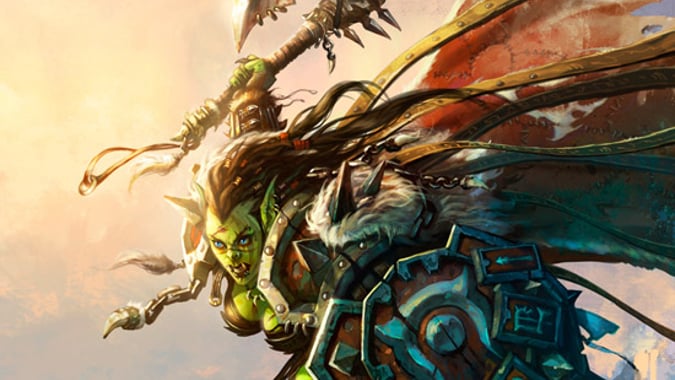 There are a few different ways you can play this peculiar development, if you want to incorporate it into your roleplay. Of course you can choose to have your Warrior embrace this new identity, and maybe even look into the history of the Valarjar. They could take this role seriously, dedicating themselves to learning as much as they can, and leading with the kind of valor worthy of Odyn and his chosen.

Or your character could just politely shrug the whole thing off. Look, Odyn, I’m sure you and your Valarjar are up to some really important stuff up here. Maybe you’ve got noble purposes at heart or whatever. But there are demons stomping around the world, and I need to get back to the very important business of mushing them all into a fine paste.

That’s really the best part of the Warrior Class Hall storyline. You’ve got the potential to run anywhere from typical epic Warrior fantasy all the way to comedy, if you’re so inclined. It’s all a matter of how you play it.

But there are bigger things to be concerned with, as a Warrior. Azeroth is being threatened by a demonic invasion the likes of which we’ve never really seen before. There’s fighting to be done, and if there is one thing a Warrior excels at, it’s fighting. The question is, just how dedicated is your Warrior to this particular cause?

Are they worried about whether or not the world can successfully defend itself? Is your Warrior confident in their abilities — are they perhaps overconfident? Are they a natural leader of a group of fellow heroes, or do they fight alone? Do they share their worries and concerns with those around them, or do they always put up a brave front, regardless of the situation? 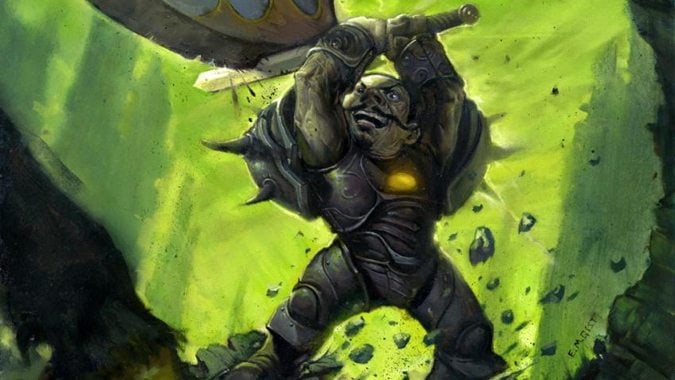 With the Warrior Class Hall story being so specific, you can pick and choose just how involved you’d like your character to be in that particular storyline. And the same goes for anything else in Legion — your character may be concerned with certain parts of Legion’s storyline, and unaffected by others. In this, you’ve got the freedom to pretty much craft your story as you see fit.

Is your Warrior concerned with the fate of the wilds? Do they care about the threat of the Emerald Nightmare, or is the Emerald Dream just some weird thing they try not to think about too hard? Is your character invested in Night Elf history? Do they find Suramar and the surrounding lands interesting? Are the Highmountain Tauren fascinating to them?

What about the vrykul, the val’kyr, and even Odyn and the Valarjar? Is your Warrior interested in all this ancient history? Or would they rather just be directed at something to battle, and left alone from there? Warriors aren’t typically interested in the supernatural. After all, if they had a major affinity for magic, they’d be practicing it.

Warriors are what they are because they excel at one thing: Battle. Whether it’s tactics, warfare, or simply the act of using a weapon, a Warrior knows just what to bring to the table, and they’ve got the strength to back it up. Not just the strength of body, but the strength of heart — the courage to succeed, or die trying. No matter where your Warrior goes in Legion, they’re going to find a war to fight. It’s up to you to determine how your Warrior reacts, and what they find out there that’s worth fighting for.