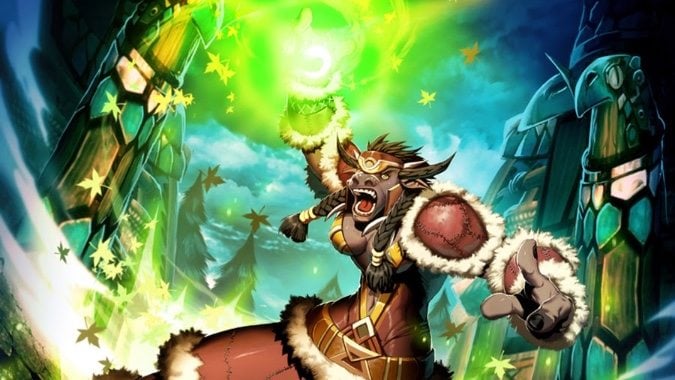 Greetings fellow totem family, and welcome back to Totem Talk. It’s been a while, but I assure you I’m back and in good health. Those dusty Lore Tomes only held me in place for a little while. Anne and Rossi rescued me before the scrolls suffocated my flame. This week I thought we would take a break from mechanics and raid and have a bit of a fresh start. Tidbits of story that are coming our way, and that means Shaman lore. Do these new revelations fit the Shaman class fantasy?

One of the big features for classes in Patch 7.2 is the addition of a powerful champion to our forces, to help in the fight against the Legion. For the last several weeks, between questions on the Lore Watch podcast and on Twitter, I’ve been asked to give my opinion on our new follower. So, avoiding spoilers as much as possible, today we’re going to talk about Magatha Grimtotem and her clan. We’ll attempt to avoid spoilers as much as possible. 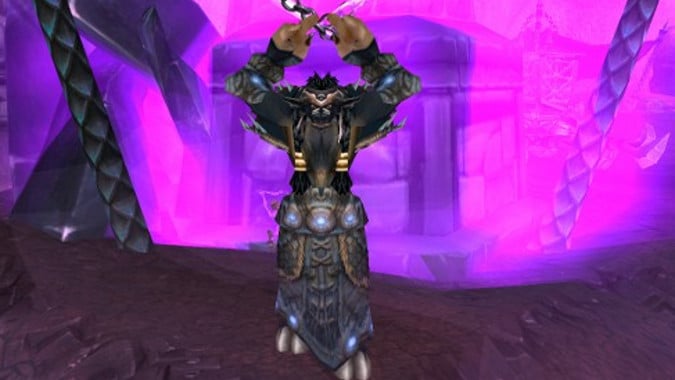 Magatha and the Grimtotem have been around for a long time in game. Even now in Legion we’ve seen them periodically attempting to raid the cache of supplies in the Heart of Azeroth. She’s been present, or been the cause of, pivotal events in Azeroth’s history — all the while marching to her own beat and to a plan only she knows.

Arguably one of the strongest Shaman on Azeroth, Magatha feels that not only are Tauren superior to all other races, but that only she has the true vision to lead her people to prosperity. She constantly sparred with Cairne Bloodhoof over the direction of the Tauren, often times appearing to disagree for disagreement’s sake.

Whether or not she’s evil is often debated, but for certain she’s shrewd, intelligent and calculating. Her decisions aren’t presented as hurried or rash. Everything has a purpose. Magatha becoming a follower raises many questions, because she’s caused possibly one of the most grievous tragedies to happen in the time of the game. Using Garrosh Hellscream as a tool of her own revenge, Magatha offered her support and that of her clan to the new Warchief. This wasn’t obedience, but a calculated move. It positioned her well for what she clearly knew was going to happen. 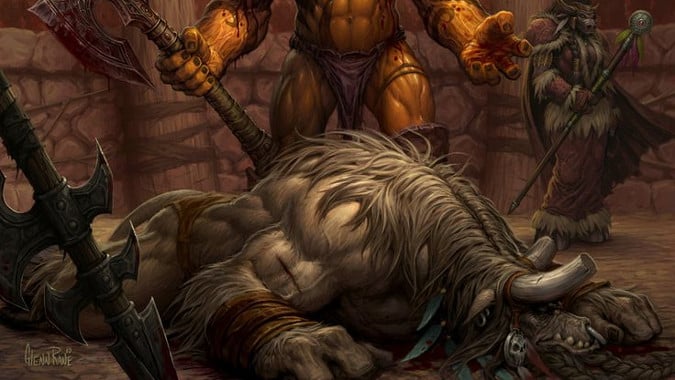 Cairne, wise and strong, saw how Garrosh was leading the Horde and spoke up. He was so angry at Garrosh that he challenged the new Warchief to a Mak’gora. The ritual challenge carried with it much ceremony, part of which was the blessing of the weapons. Magatha offered to bless Garrosh’s weapon, but instead of ritual oils she applied poison to Gorehowl.

The combat ended with Cairne’s death, and Magatha ordering her Grimtotem to assault Thunder Bluff and all of the other Tauren towns. If she couldn’t lead she wanted to make sure that only her tribe remained. Due to Stormsong, a Grimtotem Shaman with a conscience, the plan didn’t succeed. Ultimately it led to Magatha suffering a great defeat, abandoned by Garrosh when her treachery was revealed to him. Baine Bloodhoof, son of Cairne, was able to take back Thunder Bluff. He crushed her totems, a horrible insult to the elements that would require atonement, and was banished her from Mulgore.

After this, the next time we see her is while fighting the Twilight’s Hammer, where she manages to manipulate adventurers into handing her several powerful artifacts, including the Doomstone. This magical device is capable of absorbing and amplifying elemental power. A scary item in the hands of an accomplished Shaman with an agenda, if the elements answer her call. 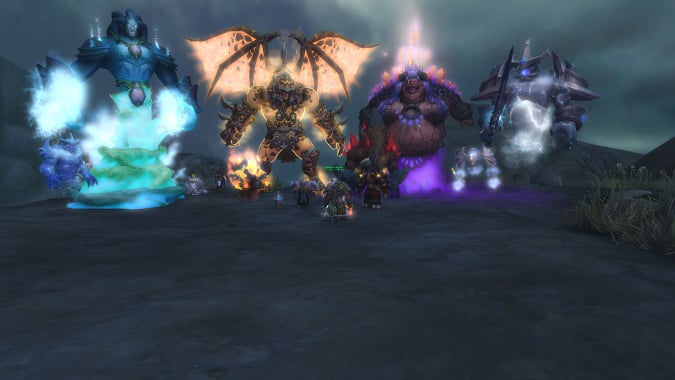 So now in Patch 7.2 we find that Magatha’s set to become one of our champions of the Earthen Ring. My opinion on this has ranged from rage to curiosity since it was announced. I’m a proud Tauren Shaman, and it’s impossible to forgive her for what she did to Cairne, and to the Tauren as a whole. It’s difficult to understand how she could be allowed so freely into the Earthen Ring, since she’s such a terrible Shaman.

Then I thought about it. Is she really a bad Shaman? In truth, we don’t know her ultimate objective. The elements answered her call at a very early age. The elements of Azeroth haven’t exactly been known for their charity, so clearly they saw something we do not.

While the death of Cairne stings, we aren’t totally innocent in our Machiavellian approach to the world. How many innocents have we killed to get to our goal? How many henchmen were just following orders to put food on the table for their families that we killed?

There are also some hard truths to look at here. Firstly, she’s arguably the most powerful Shaman to walk Azeroth. We’re facing powers and forces on an increasing cosmic scale. That extra firepower could potentially come in handy, and it’s in her best interest if Azeroth remains intact.

Second, only a few actually know what Magatha has done in the past. The Alliance certainly only knows bits and pieces, and many of the Horde that know are either dead, or otherwise not involved in the affairs of Shaman. Even we as the players may only know limited information, as some events happened in novels and comics, and not directly in the face of the players.

Third — and this is both a plus and a minus — she has the Doomstone. It would be an invaluable tool in our hands in our fight against the Legion. Here’s the rub though: If she has it, and she comes to the Heart of Azeroth, it could be disastrous. What do we have in our Order Hall? A direct connection to all four Elemental Planes, and we overlook The Maelstrom. Imagine tapping the Doomstone there, drawing power from the Titan forged elemental prisons, with a direct conduit to Azeroth herself. That is incredibly scary.

But it’s also incredibly intriguing. We know in World of Warcraft: Chronicle Vol. 2 that Aggramar harnessed elemental energy and used it to create what would become the Breakers. Maybe, just maybe, we could harness the power of the Elemental Planes to wake up Azeroth. There are so many ways the story can go, simply from the involvement of Magatha.

So in the end, what’s my opinion on our new follower? I’ve moved from abject hatred to intrigue. She’s important, that much is certain, and the implications of what can be done because of her involvement are varied and huge. I don’t trust her, and I fully expect her to betray us at her earliest convenience. But until then, she only strengthens the story of the Earthen Ring and Shaman as a whole. More importantly, at the end of the day she fits perfectly in the story we’re playing through as totem bearers. I’m eager to see where the story goes from here. How about you — what are your thoughts on Magatha as a Shaman champion?