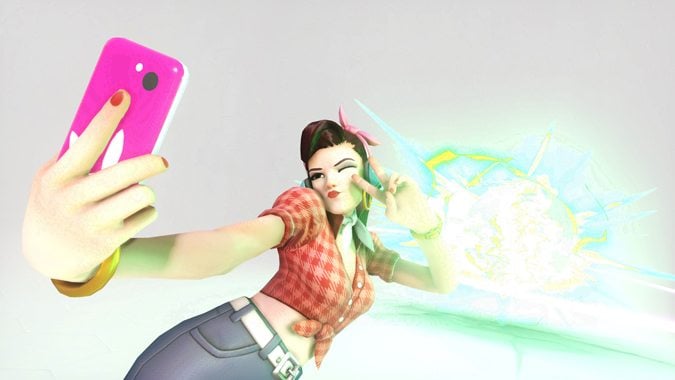 I dropped 3k on the new D.Va skin and I don’t regret it in the least. It was most of what I had saved, but it was totally worth it.

Here’s a question. Seeing how Legion’s expansion announcement came out in early August 2015 (nearly 2 years ago already), how far away are we from the next expansion reveal? Are they really gonna push it till Blizzcon in November or perhaps even further?

If things go according to established patterns, we may see something at either Gamescom or BlizzCon. Expansion announcements are usually an every-other-year thing. But Legion’s been different so far, so there’s no guarantee we’ll see anything at that point. I wouldn’t call waiting until BlizzCon “pushing it,” though — the Tomb of Sargeras raid is going to be out soon, and that’s going to keep people pretty occupied. Beyond that, there’s still the mysterious 7.3 in the distance, and it’s apparently going to have a raid as well. So we’re not lacking on content here.

Q4TQ: The mention of Overwatch 2 below makes me wonder: do you think Blizzard will ever put out an xpac for Overwatch (presumably with a group of heroes and some new maps), or do you think they’re content to release them slowly and rely on loot boxes to keep the income flowing?

That wouldn’t really work with Overwatch’s current game model. The game is based around you playing with and against other players. Introducing new maps and heroes that you can’t get unless you purchase an expansion basically splits up that pool of players. By releasing maps and heroes for free, they guarantee that pool of players isn’t going to get fragmented or smaller unless people just…stop playing. Loot boxes are great, people seem to like them well enough, and because they’ve only got cosmetic items inside, they aren’t doing anything to that player pool.

So their new model for giving flying is ”give it once the player has thoroughly played through the expansion’s content on foot (or hoof)”. But today as I logged on and off within the span of 10 minutes, just doing some order hall missions, as I have been doing ever SINCE getting flying ages ago, I realized that now that I have it I don’t need it. I’ve already done everything there was to do out there. Sure, it’s useful and handy but it doesn’t really solve a pressing problem anymore, it doesn’t feel like a huge liberating moment to finally soar off the ground. Like finally I will be able to do some things that I really wanna do much faster. I’ve already done them as a prereq.

So QftQ: Do you feel like this new model of granting flying kinda defeats the purpose a bit?

I don’t think so. I mean, they designed the expansion around not being able to fly. You can successfully level to 110 and participate in endgame content without needing to fly through it. Having at the end is nice because it’s kind of a bonus in a way — not to your main character, but to any alts you happen to play. Once you’ve got flying, it’s a lot easier to just fly from quest to quest and level that way.

Would it be neat if tattoos were something you found off while questing, rather than a barber shop option?

For example: I’m slowly leveling a dwarf shaman who is, in my mind, half Wildhammer. I always thought it’d be neat if, somewhere up in the Hinterlands, there was a vendor in a hut somewhere who could give him some sweet blue ink.

So what if each race had a thing like that?

I’m a fan of the idea of cosmetic items making their way into questing as rewards. As evidenced by the popularity of transmog, and heck, even games like Overwatch — people like making their characters pretty and visually distinct. Anything that contributes to that purpose is a good reward in my mind. Incorporating that into gameplay is only logical. As for the tattoo situation…I mean, I like the idea of being able to give your character tattoos. I don’t know if it needs to be a racial thing, but it could be. Maybe add a tattoo parlor onto the Barber Shop, and give Inscription the ability to actually do something else with all that ink they’ve been gathering? It would put a new spin on a profession that feels like it was effectively neutered after Warlords.

Q4tQ: Did Malygos ever have a mortal persona (humanoid form)?

He did! Malygos took the form of an elf — you can see him in High Elf form in Yogg-Saron’s visions during that encounter in Ulduar. I don’t think he really took mortal form very often, however. And I guess you can’t exactly blame him — Malygos was by and large pretty reclusive after his flight was nearly destroyed during the War of the Ancients. He didn’t exactly have a lot of contact with mortals to begin with, and by the time Wrath rolled around, he was pretty firmly in the anti-mortal camp. That’s what the Nexus War was all about — he felt that mortal spellcasters were reckless in their use of arcane magic, and they were going to get the Burning Legion’s attention and bring it back to Azeroth. The last time that happened, he nearly lost his entire flight. Malygos’ story is pretty sad, honestly.