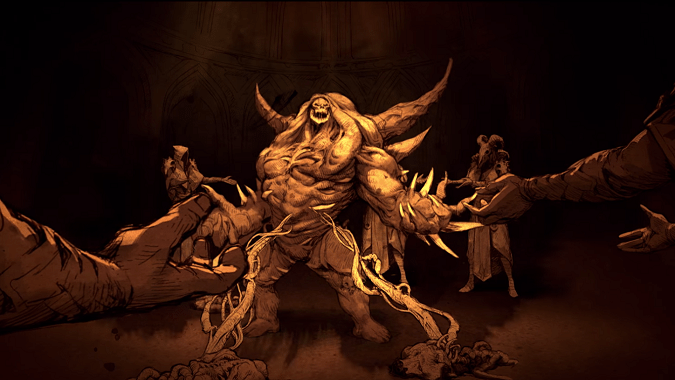 Not long after we got to take a look at the new cinematic intros for the Necromancer, we’re being treated with a new patch for Diablo 3’s beta — which, by the way, is still offering increased experience and Blood Shard gains until tomorrow night. Most of the changes in today’s build are tweaks to the Necromancer’s numbers and a new 4-piece bonus for one of the class’s sets, which hopefully means the Necromancer will be released sometime soon. At least I hope that’s the case, seeing as the beta will soon have been up for two full months.

You can take a look at the notes below if you’re interested in the full details of the patch. My personal favorites are the single quality-of-life change that allows Golems and Gargantuans to break things they step on (because why not), and the fact that the PTR has its own “D’jank Miem” vendor. Classic Blizzard.

Below you’ll find the preliminary notes for Patch 2.6.0, including the Necromancer beta. Please note that this isn’t the final version and that some changes may not be documented or described in full detail.

Please note that content availability during the beta will vary depending on testing needs.

Blizzard Watch is made possible by people like you.
Please consider supporting our Patreon!
Filed Under: Diablo-3, Necromancer, Necromancer Beta
Advertisement