Heroes of the Storm bringing Hanamura changes, a Xul rework, and new skins 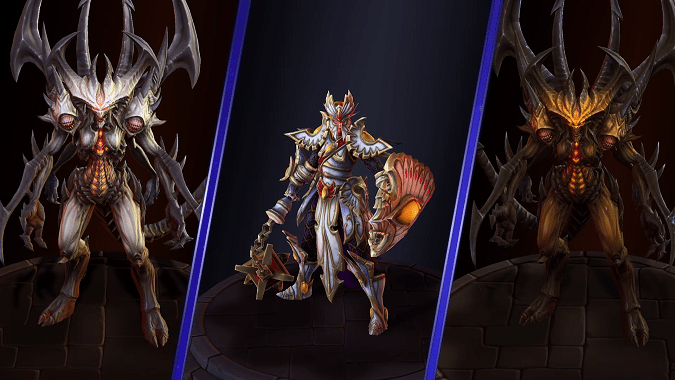 We already knew Stukov would be hitting the Heroes of the Storm PTR very soon, but we didn’t know what other changes would come alongside Stukov’s debut. Turns out, the Stukov patch will bring some long-awaited changes to the Hanamura map, which has received pretty poor reception ever since it hit the Nexus. The other major change coming with the patch is an overhaul to Xul, which is nicely timed with last week’s release of the Diablo 3 Necromancer.

As an added bonus, Blizzard also released an In Development video highlighting some of the cosmetic features being added to the patch. There’s an impressive array of new sprays and icons, as well as plenty of new color variants for pre-existing skins (like that white Diablo skin above that I absolutely need to have).


Admiral Krakenov? A new Tyrael Master skin variant? That incredibly Xul skin? I’ll take eight. For a detailed look at the technical changes coming with the patch, be sure to check out the full notes below:

Alexei Stukov had a hard life, and an even harder death. He has been betrayed, shot into space, resurrected and infested, almost cured, and then experimented upon as the infestation returned. Now, his infestation spreads within the Nexus…

Blizzard Watch is made possible by people like you.
Please consider supporting our Patreon!
Filed Under: Stukov, Stukov Heroes Of The Storm, White Diablo, Xul Changes
Advertisement