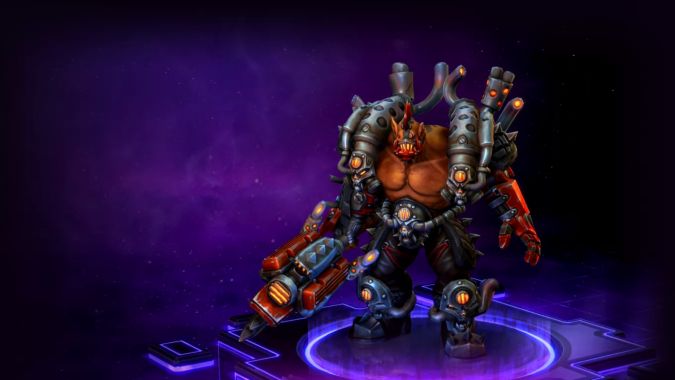 Garrosh Hellscream will be making his Heroes of the Storm debut in the near future, and like all heroes, he’s received a hero spotlight to help get you pumped for his arrival. Oh, and obviously to give you a juicy preview of all his abilities.

Most of Garrosh’s abilities are not exactly high-damage nukes, as he’s intended to be a solo tank. Because of this, his primary ability will be Bloodthirst, which can be used to heal him. On top of that, his trait that converts missing health to armor means a low-health Garrosh won’t be the type of tank a Valeera or Zeratul can simply gank from the shadows and expect an easy kill off of. He has several other abilities, however, and each looks to make for a solid overall kit.

And, of course, the full hero spotlight which showcases all of these in action:

As I said above, Garrosh is a solo tank, which is a nice choice that will hopefully shift the Heroes meta a bit. He might not be the powerhouse Bruiser some had hoped for, but I’m excited to give him a try, despite him being, well, Garrosh.

Oh, and have you seen that Mad Axe skin above? Yes please.