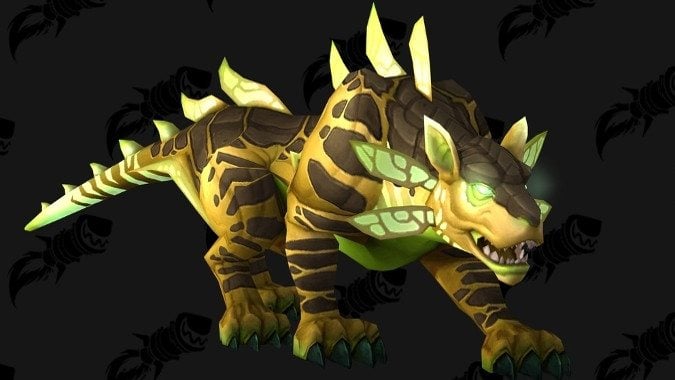 Sometimes it feels like the people at Wowhead and Petopia are out to get me. See, I’m married to a Hunter. She pretty much never players her alts. She’s been playing the same Hunter since launch day 2004, and she gets so excited when new pets become available to tame. So every time a post like this comes out, I clench up, because I know what I’ll be doing with my time for a while.

There are a lot of new pets coming in patch 7.3 for your aspiring Hunters to get out there and tame. Falling under the larger umbrella of new pets are the following:

Of those categories, there are quite a few of these pets to potentially tame — by that I mean each creature appears to have multiple skins, with the boars (which have two skins) as the only exception. As far as the others go, there are six Mana Ray skins, five Marsuul, six Panthara, and nine Talbuk — however, right now we don’t know if all will be tameable once patch 7.3 drops, or if only some will.

If you’re desperate to figure out which ones are currently known to be tameable, however, Petopia has a list of Argus models, sorted by which are tameable and which are not tameable (at least yet). And if anyone figures out where that boar is from, please let me know — I’m desperately curious if Argus has some variety of gigantic boars on it.