Kel’Thuzad is coming to Heroes, and he’s bringing Dreadlord Jaina with him 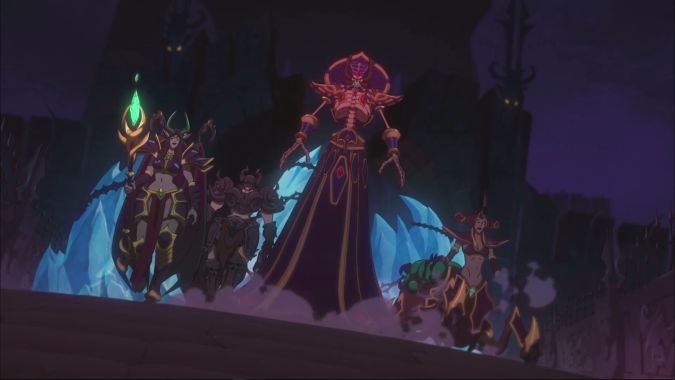 I’m not sure if you guys know, but I’ve been excited for Kel’Thuzad’s arrival in the Nexus for… well, a really long time. For at least the past two or three new hero teasers, I’ve found a way to read so far into the clues that I managed to justify them as a teaser for Kel’Thuzad each and every time. Well guess who doesn’t have to ignore logic to make Kel’Thuzad sound like a reasonable release anymore? Me.

That’s right, Kel’Thuzad is finally — finally! — coming to Heroes of the Storm. But, as is fitting for such a long-awaited hero, he’s making a grand entrance with his own special event.

During the pre-Gamescom preview today, Blizzard released a cartoon teaser for their upcoming Call of Kel’Thuzad event. Yes, a cartoon teaser. As atypical a teaser as that is for Blizzard, it works so, so well. The teaser is a classic “good guys versus bad guys” short, but it shows off what we’ll be seeing alongside Kel’Thuzad — and yes, that includes Dreadlord Jaina. Watch it below, and freak out alongside me:


Oh. My. Yogg. If you weren’t watching live, Blizzard confirmed during the stream that all those skins in the video above — Crypt Queen Zagara, Death Knight Sonya, and Dreadlord Jaina — will be actual in-game skins. We’re not entirely sure what the rest of the Call of Kel’Thuzad event will consist of, but we’ll know more in the coming days when Gamescom begins in full.

Until then, I need a moment to go happy-cry in a corner somewhere. Kel’Thuzad, y’all. It’s no longer a dream.

Blizzard Watch is made possible by people like you.
Please consider supporting our Patreon!
Filed Under: Call Of Kel’Thuzad, Dreadlord Jaina, Event, Kel’Thuzad, KT HotS
Advertisement