The Queue: Who tells your story?

Let me tell you what I wish I’d known when I was young and dreamed of glory: you have no control, who lives, who dies, who tells your story.

That’s true in musicals and in Warcraft, I’m afraid. In our case, it’s mostly Blizzard telling our stories… but that doesn’t mean we can’t come up with our own stories, too.

Q40Q: Story wize, when you start a new character in WoW, does it happen in the past or present? Does a new character “know” that Legion is ongoing, or do experience the story as you’re leveling through it?

As World of Warcraft has grown, the timeline has gotten, as Lightfall put it in the comments, “wibbly-wobbly.” Cataclysm’s update to the old world suggests that all characters begin their story in Cataclysm era, where the whole world felt the effects of Deathwing. But that’s only true for some of the story. There are game pockets that exist entirely outside of time, where the dead are alive and today’s threats against Azeroth are non-existent. So leveling through the old world, you’ll see Deathwing’s influence everywhere (like The Day Deathwing Came). But once you get to Burning Crusade content, Deathwing has vanished and it’s Illidan who’s the problem. In Wrath, it’s Arthas. Then you get to Cataclysm and the threat is Deathwing again. Then it’s Garrosh, whatever the threat actually was in Warlords (seriously, was there one or was it just a bunch of orcs we killed almost immediately?), and now the Legion’s back.

There’s a natural story progression in most places, as long as you follow the quests, but there are some very odd seams where expansions meet. And if you want to smooth them out, you really have to DIY it and imagine how all of these pieces fit together, and just where your character fits in. But however you do it, the game’s story doesn’t really flow… which takes some creative thinking to fix. But the best thing about creative thinking is that it lets you put you (and your character) wherever you want them.

What will expansion next after Argus be? 😉

I know I’ve said this before, but I want Kul Tiras. With ships and ship combat. (And our own ship-housing-garrisons?!  That’s probably never going to happen, but a girl can dream, okay.)

But even without being able to own and customize our own awesome sailing ships, we haven’t seen Kul Tiras since ye olden days of the Warcraft RTS. That’s a long time for an entire Alliance nation to be MIA. So let’s find out what’s happened to Kul Tiras, and have some super cool ship battles along the way. And, you know, bring Jaina back into the story.

I hope you’re listening, Blizzard, because I think this idea is gold.

However, I must grant that dillene’s suggestion in the comments was also excellent: Malfurion Stormrage’s Naga Fishing Simulator. While I am not sure I would could be convinced to play any kind of fishing simulator (I can hardly be convinced to fish at all, in game or out), I would probably obsessively watch Twitch streams of other people fishing. Especially if there’s fishing PVP. This idea just gets better the more I think about it!

I feel like Ana was released a lot sooner than expected. Or at least than I expected. Wasn’t she just announced a week ago?

{PB}She was announced pretty recently, on September 15 which makes it feel like she’s been released pretty fast. However, the Heroes team puts out new heroes like clockwork. You will see a new hero every three to four weeks, regardless of when heroes are announced. The last hero, Kel’Thuzad, was released on September 5, so Ana arrived precisely on time: three weeks later. The Heroes crew isn’t very consistent about when they announce heroes (as you probably know, Junkrat was announced at the same time as Ana but he’s at least another three weeks out), but they’re very consistent about when they release them.

I certainly hope so. I suspect many of us play multiple characters, and even though Blizzard has added more account-wide features, there’s still plenty of repetitive frustration in leveling an alt. While we all have our own opinions on what is and isn’t fun, I find repetitiveness particularly un-fun — which is why I have few alts who could be considered to have made it to the “end game.” It simply makes sense to me to remove more repetitive content and let you only grind through certain roadblocks once.

Blizzard seems to share this philosophy, at least to the point that they have been gradually added more account-wide content… so let’s hope they keep at it.

Q4TQ: What is Pachimari, and why should I have mania over it?

I’m afraid I don’t get this one, either. They’re a thing? That’s maybe an onion? Or a turnip? I’ve tried asking and gotten conflicting answers on what and why they exist. My careful research is only determined that they are something from Overwatch… and also that they are really cute.

And let’s be honest, really cute is the only part I care about. The new pachimari sprays in Heroes are also really cute. And the crazy zerg invasion of pachimari that is pachimari mania is some hybrid of super adorable and super terrifying. I honestly can’t decide which. 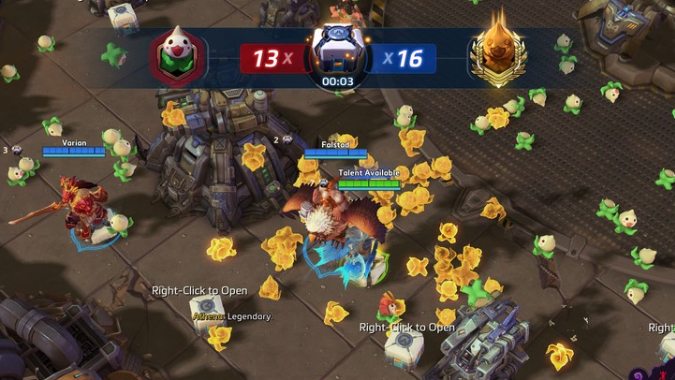 Just look at that. Look at it and marvel at its glory. How can you even care what a pachimari is at this point? Whatever they are, they’re amazing.