BlizzCon 2017: You will get more character slots in Battle for Azeroth 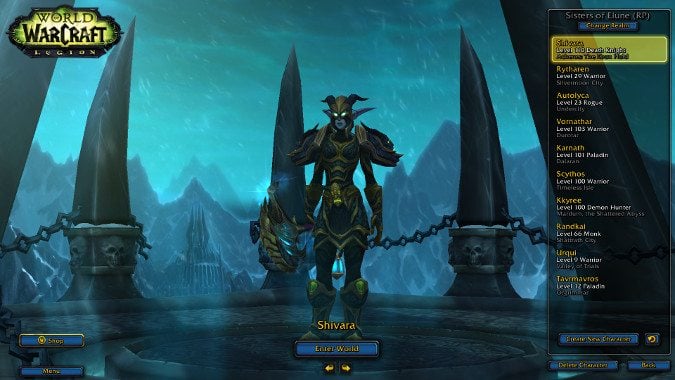 People want more character slots per realm. How do I know this? Is it just my intuition? My vast and terrible arcane knowledge of the World of Warcraft player base? My sharp and penetrating insight?

No, it’s because it was a question asked at the World of Warcraft Live Q&A session today. And the answer was yes. Yes, Virginia, there will be new character slots per realm in Battle for Azeroth. The developers said that with Allied Races coming to World of Warcraft, they didn’t want players to feel forced to delete characters on the realms they play on just to make a new character once they’d unlocked their allies. And I think that’s a good call.

Not that I know anyone who has that problem. Still, if you were worried your bank alt might be in trouble, you can at least relax about that — the coming of up to six more races will not force you to clear room on your favorite realm.

Blizzard Watch is made possible by people like you.
Please consider supporting our Patreon!
Filed Under: Allied Races, Battle For Azeroth, Blizzcon 2017, Character Slots
Advertisement