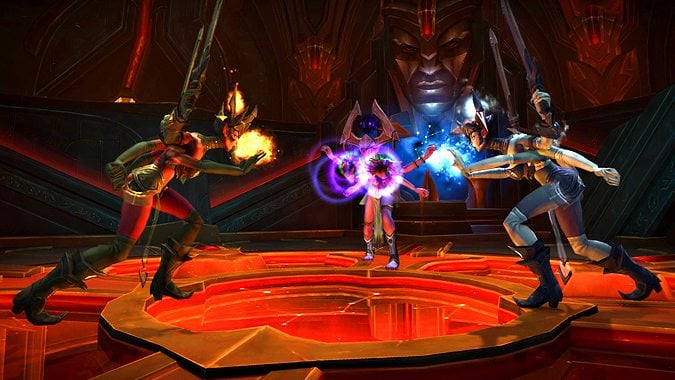 Just in time for the release of Mythic Antorus, Blizzard has released a fresh set of hotfixes for WoW. The lengthy list includes all class adjustments mentioned in yesterday’s post, along with plenty more. Two issues with the Coven of Shivarra and Eonar the Life-Binder encounters have been fixes, and more changes have been made to the Argus the Unmaker encounter. Argus the Unmaker’s boss health has been increased by 10% on both Normal and Heroic difficulties — raiders take note.

In addition, a ton of Antorus trinkets — twelve in total — have just gotten a buff. The buffs include damage increases, absorption increases, and healing increases as well. And Convergence of Fate has also received a change — the primary stat has been increased by 13%, while the cooldown reduction effect has been reduced to three seconds, down from four. The change is intended to address how Convergence of Fate scales with item level, bringing it in line to be more similar to other Legion trinkets, and less incredibly op. Read on for the full list of hotfixes below.

Blizzard Watch is made possible by people like you.
Please consider supporting our Patreon!
Filed Under: Antorus The Burning Throne, Convergence Of Fate, Hotfixes, Wow Hotfixes
Advertisement