How do you feel about loot tokens? 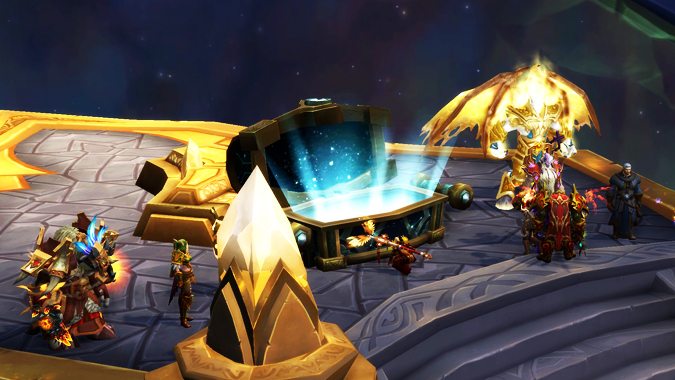 There was once a point in time where one of the worst feelings in WoW was not getting any loot you could actually use. It didn’t matter if you were killing a mob or completing a quest — if you put in the effort and didn’t get something for your character, it felt bad. In a way, quests felt a little worse. If you want to level, quests are the way to go about it. You can try leveling via dungeons, but quest XP is usually better. So getting a quest that offers nothing your character can use? It never felt great.

Times, of course, change. And Blizzard began implementing a reward system that offered loot for pretty much everyone. It was all based on the character you’re playing. So if you do a quest with a leather-wearing character, you get a leather reward. If you’re doing a quest with a plate-wearer, you get plate. Above and beyond that, they eventually introduced loot tokens like the ones you can purchase on the Vindicaar or the Broken Shore. Clicking on the token will give you an item suitable for your class and spec.

This is all good, right? Then why does it feel so…stale?

Don’t get me wrong. I appreciate the idea behind it all, the convenience factor. I really like being able to kit out my alts relatively quickly. At the same time, there’s something about the system that feels almost…mechanical to me. Rewards aren’t necessarily “This is what this NPC has on hand and will give me for helping them out.” Instead, it’s more like “This is what this automated system has decided to give me based on whatever character I happen to be playing at the time.” I suppose it feels a little less organic — that connection to the game world, the sense that these characters are “real” is absent, in a way.

Keep in mind of course this is all my own opinion and observation — but I’m wondering what you guys think. Are you happy with the loot system as it stands? Do you think loot tokens were a great idea? Do you appreciate the direction rewards in WoW have taken over the years? Or do you think it could stand some more development? How would you change it up, if you had the option?