Datamined Zandalari customization options have nothing on their Druids’ dino forms

Sometimes I think Wowhead and/or Blizzard are trying to kill me. Like, just kill me dead. I have no interest in playing a Zandalari Troll or a Druid — or, I guess I should say I had no interest. I mean, sure, there are cool skins for the new Zandalari Trolls — just look at some of the neat customization available to them. 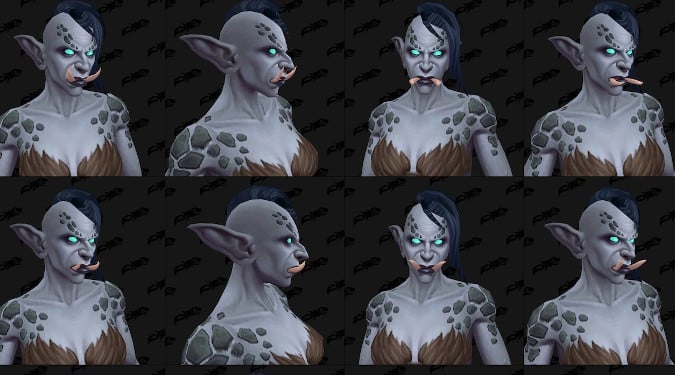 With the tusk options available to female Zandalari, my opinion of them has greatly improved over that of Darkspear Trolls in the live game. There are a wide variety of options for customization here — a plethora of hair styles, hair colors, skin colors, earrings, and yes, tusk sizes. I’m a little disappointed that the women don’t get a tusk option as ridiculously oversized as the men do, but on the whole I’m pleased with the variety of options available and I like their skin. The scutes they  have resemble the bone and horn plates on the backs of alligators.

All of that is super great, sure, but I was definitely leaning towards Highmountain for my Horde alt. But then Wowhead datamined up these travel forms for Zandalari Troll Druids, and I nearly choked on the torrent of babble, all of which sounded like Dinomasaurs spoken at an extremely high volume. 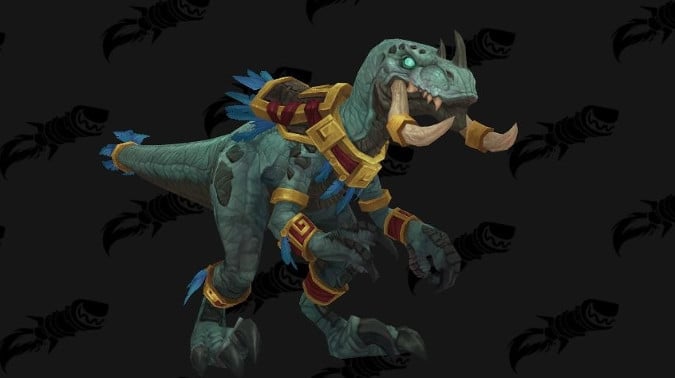 I’ve had a love affair with Warriors that has lasted 14 years. And that’s not going to change. But I would be a filthy liar if I pretended that I didn’t see that and immediately begin planning out how to unlock a Zandalari… Because Zandalari Troll Druids can be dinosaurs! So far it’s only their travel and flight forms, but that’s good enough for me — I would literally just hang out in Orgrimmar as a raptor or pterosaur all day. And yes, I know pterosaurs weren’t dinosaurs, but they were archosaurs in the Avemetatarsalia, so close enough.

I have so many questions now. We know that you have to run through the Zandalari leveling experience — 110 to 120 Horde zones on Zandalar Isle — but we don’t know when, exactly, you’ll unlock the Zandalar. And right now I need to know that. There’s no point in my working on a Druid alt until that alt can become a dinosaur.

I seriously hope that Blizzard goes the extra mile here and lets all the Zandalari forms be dinosaurs. Bear form? Nope, you’re a devilsaur. Cat form? Raptor again. Aquatic form? Threshadon. Make it happen, Blizz. For all the customization options and some more looks at these amazing dinosaur forms, be sure to check out the datamining done over at Wowhead.