Have you paid your respects to a Baneling today? 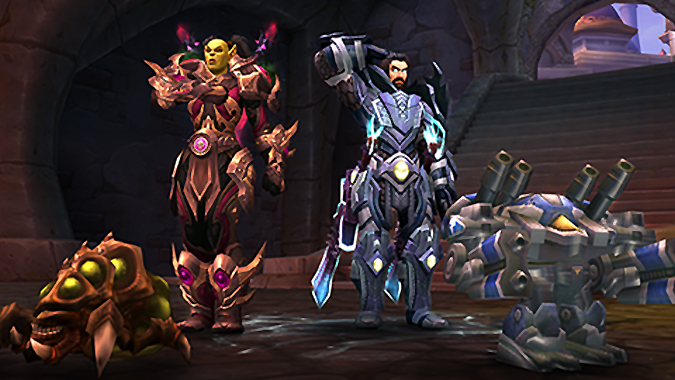 StarCraft is celebrating its 20th anniversary, and the festivities have finally caught up to World of Warcraft. Admittedly, there’s not much to the celebration as far as WoW goes — just a Feat of Strength you can earn. To get the Salute to StarCraft Feat of Strength, you’ll need to hunt down and /salute one of the StarCraft-themed companion pets. You may already even have one of them in your inventory, which makes it a little easier to complete. The pets that count for the achievement are the Zergling from the original WoW Collector’s Edition, Grunty the Murloc Marine, Mini Thor, the Baneling, and Zeradar. The last three on that list are all from StarCraft Collector’s Editions, so they aren’t too hard to track down. However, Grunty was a BlizzCon exclusive from 2009. As for the Zergling…well, he’s easily the rarest of them all.

I thought I had Grunty initially, but after sifting through my collection, it turns out I don’t. But a quick run around Dalaran solved the problem nicely. People are politely keeping their StarCraft pets out for /saluting purposes — or at least they are on my server, anyway. It took no time at all to locate a Baneling and offer it a /salute, and that was…pretty much it. To be honest, I was a little underwhelmed. I mean, tacking another Feat of Strength to the list is nice and all, but it’s just an Achievement. There’s not even a title involved. Given how little effort it ended up taking, I don’t regret doing it. I just wish there were more to the festivities — something to show off, even if it’s just a title.

I’m curious, though — how many of you have completed the Feat of Strength? If you haven’t, are you planning on doing so? Do you wish there were more to it? And hey, since it’s a StarCraft celebration, how many StarCraft players do we have out there? How long have you been playing? Do you hope Blizzard will release a new StarCraft title some day?