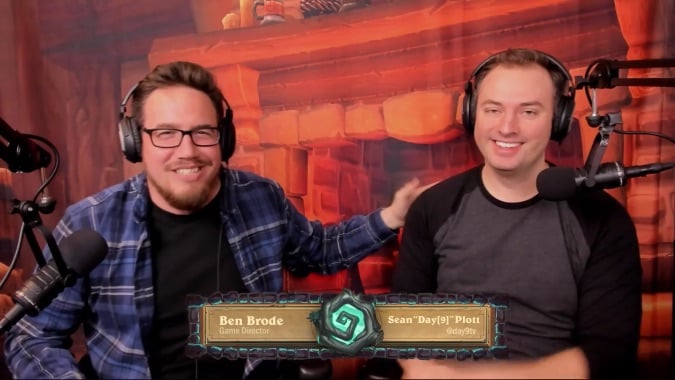 It’s almost here! Hearthstone’s Witchwood expansion will be arriving on April 12, and we now know every card to come. You can find out everything you need to know about the expansion below, or just jump straight to what you’re most interested in:

But if you’d rather start at the beginning, let’s start at the beginning. After a week of teasing, the Hearthstone team finally unveiled the next expansion: The Witchwood. It’s been a bumpy ride to get here, as the Hearthstone devs have gone one by one into the wild woods outside Irvine, California to track down the expansion… and each of them vanished. But after journeying into the woods (and getting slightly lost), the team managed to find some cool new Hearthstone cards. Yeah, just laying around on the ground. That’s how Hearthstone expansions get made. Everybody knows that.

It’s a Hearthstone expansion, so of course there are new cards to collect. 135 of them, to be precise, but if you’re like me, you’ll get the first five or ten cards and then get nothing but duplicates until the next expansion. However, like Kobolds and Catacombs, logging on after the expansion launch will give you a free class Legendary card (as well as three free expansion packs), so you aren’t completely doomed to fight only with common cards. (Only mostly doomed.)

If you want to boost your card collection (or at least your dust collection), the Witchwood’s pre-order offer is the best we’ve ever gotten. While previous pre-orders have sold 50 packs for $50, this sweetens the deal to 70 packs for $50. That’s 350 cards, so someone who’s much luckier than I am could theoretically pick up every card in the set right there. (Note: no one is actually that lucky, but it’s still a heck of a lot of cards.)

The expansion is due out on April 12, which is just around the corner!

The Witchwood’s cards so far

Now let’s get to the important stuff: the cards. There are some interesting cards in the expansion that cater to decks of all even or all odd cards, plus the new Echo and Rush keywords. We’ll start out with the last round of expansion card releases, revealed by Ben Brode and Day9 in a pretty fantastic livestream.

Watch The Witchwood Card Reveal Livestream from PlayHearthstone on www.twitch.tv

We’ll start out with cards using the expansion’s interesting new even and odd mechanic:

But before you start planning your killer even or odd deck, be aware that there won’t be many of these cards in the Witchwood — and not every class will have them. 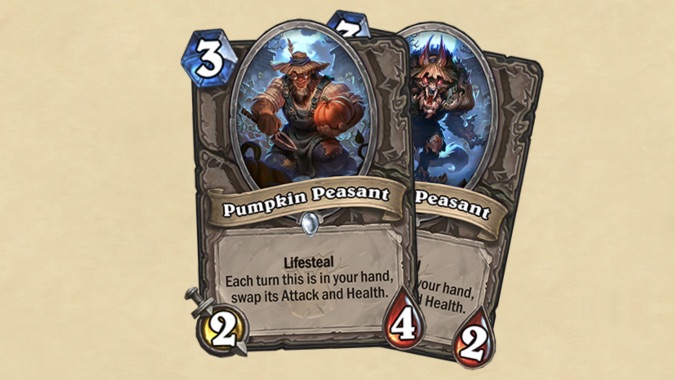 While there’s no keyword for this one, there are a number of cards that shift their attack and defense stats every turn they’re in your hand. (And, of course, they switch their art, too: human to worgen.) These cards give you a lot of options, letting you play aggressively or defensively as needed. 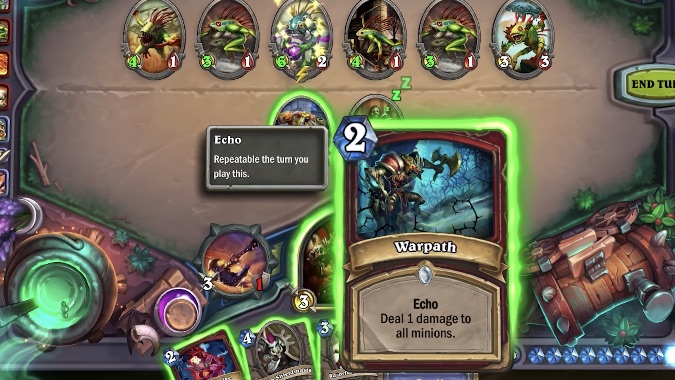 I find Echo particularly interesting, as it allows you to play a card repeatedly as long as you have the mana to do so — meaning low-cost cards could get new life late in game, where you can fill the board with duplicates.

Here are the Echo minions revealed so far: 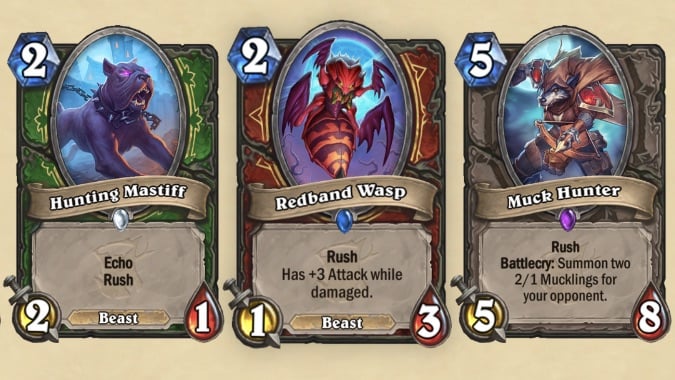 Rush seems like the less interesting keyword this expansion, but Ben Brode argues otherwise. It’s essentially Charge, but instead of being able to attack anything, Rush minions can only attack minions on their first turn, which shakes up the strategy. Powerful Rush minions will be useful for thinning out your opponent’s board.

Here are the Rush minions revealed so far: 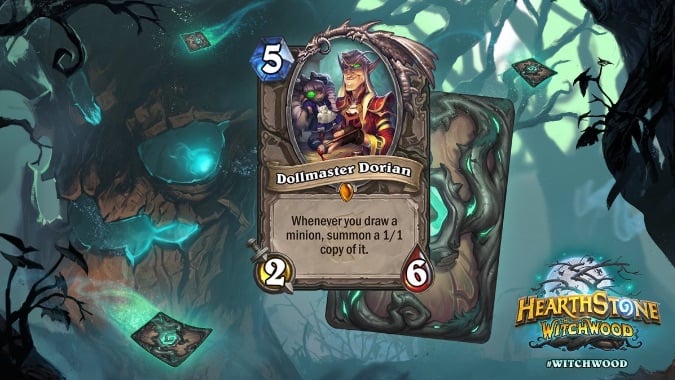 The rest of the Legendaries

We talked about Baku and Genn (as well as some Echo and Rush Legendaries), but here are the expansion’s other Legendaries.

Who has two guns and doesn't like your board?
➡️ https://t.co/61QSDGgmBd pic.twitter.com/6GJCQON5EA 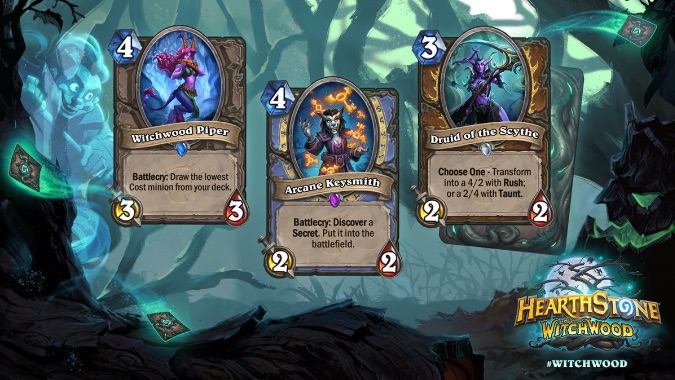 These cards aren’t Legendary and they don’t have any awesome new keywords, but that doesn’t mean they aren’t worth playing. Here’s the rest of the lot. 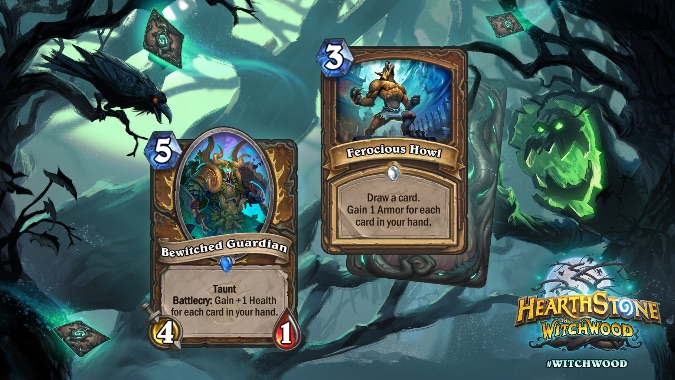 And that’s it, folks! This is officially every card in the expansion.

Kobolds and Catacombs had Dungeon Runs. The Witchwood will have Monster Hunts. In this mode, you’ll play one of four Gilnean adventurers, stalking a quarry into the woods. As you defeat bosses, you’ll collect new rewards and build out your deck with new cards. In short, it sounds exactly like a Dungeon Run, only with a new theme and new cards.

And other than that… we don’t know much about it. Presumably it will work like Dungeon Runs did, but the Hearthstone team has kept the details to themselves. Monster Hunt will launch two weeks after the expansion itself, which is a shame — but hopefully it will be worth the wait.

Soon we’ll be off to the woods in Hearthstone! The expansion comes out on April 12, so be sure to pre-order by the 11th if you want to get those 70 packs at a bargain (for some definition of the word) price.

Blizzard Watch is made possible by people like you.
Please consider supporting our Patreon!
Filed Under: Even And Odd, Hearthstone Cards, Hearthstone-expansion, Monster Hunt, Witchwood, Witchwood Cards
Advertisement