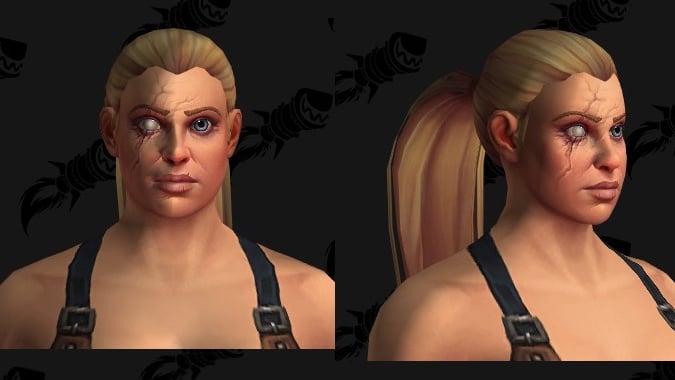 Battle for Azeroth will feature at least eight new Allied Races — four of which you have access to as soon as you pre-order the expansion, and another four that will be released during the expansion itself. The first four — Lightforged Draenei, Void Elves, Highmountain Tauren, and Nightborne — already went live with pre-orders back in January. The other four — Dark Iron Dwarves, Mag’har Orcs, Kul Tiran Humans, and Zandalari Trolls — will be released later on.

This doesn’t preclude more Allied Races from being added, but if any do, expect them to be later in the expansion based on the timeframes for the current known races. Speaking of which, what are the known timeframes for the latter four races? I’m glad you asked!

Releasing later on in the expansion, possibly around September/October 2018:

Dark Iron Dwarves and Mag’har Orcs will be available after playing through their respective factions’ War Campaign once Battle for Azeroth launches in full. The War Campaign has been compared to a cross between the Order Hall campaign and the garrison campaign. The campaign will bring each faction to its respective enemy’s Battle for Azeroth continent in an effort to gain foothold on that land.

For the Kul Tirans and Zandalari, we won’t have access until we play through the Kul Tiras and Zandalar zones. I’m estimating that they will be unlocked in the 8.1 content patch, enough time for players to finish the story and reach 120. Legion’s 7.1 patch came a month and a half after launch, which puts patch 8.1 at the end of September or early October if following the same schedule. 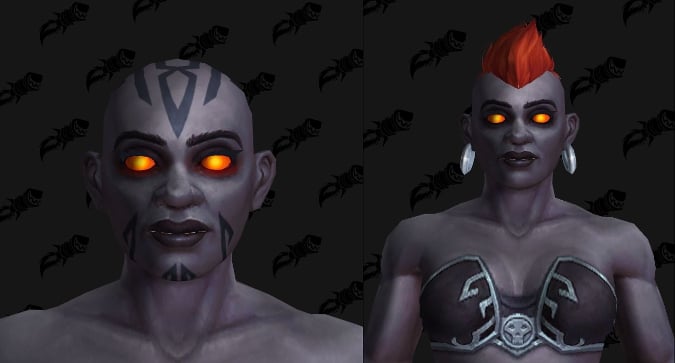 In one of the last live Q&As, Ion said they didn’t want the new races to be “cooler” than the old races. Unless they come out with more stuff like gold Blood Elf eyes, they’re failing pretty hard at that, because the upcoming Allied Races have some pretty cool customization. I mean it — scars, tattoos, smoldering hair! Seriously, who doesn’t want to have a cool eye scar?

Kul Tiran females look pretty cool, even outside of the hair styles I so desperately want to us for myself. They had unique customization features datamined recently which bodes well for possible customization in the future. Right now, they’re tied to the faces (like the Blood Elf gold eyes) and each scar option is a different face, but hopefully someday we can get features separate, like adding scars or other features on top of existing faces. See Wowhead’s datamining post for all the added facial options.

Female Mag’har Orcs received some jewelry updates as well. While they aren’t as exciting as scars, they’re still pretty cool and are a branching-out from what we’ve traditionally had to choose from with existing races. I personally like the necklace the best, which you can see along with earrings and a nose ring on Wowhead. 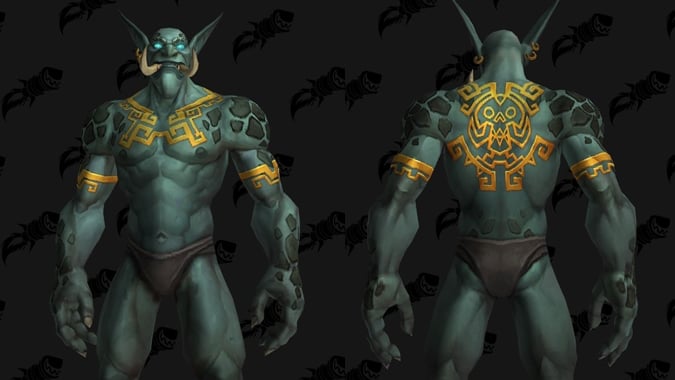 The Zandalari also get some cool jewelry as well as gold tattoo options that feel like they’re right out of El Dorado. Both genders have a couple tattoo options, and the females actually have accessories different than just earrings. They have access to a beautiful gold choker and even a gold lip ring, nose ring, or eyebrow ring. Check out all their customization options and Druid forms on Wowhead.

Not only do the Dark Iron Dwarves get smoldering hair to match their very fiery race, but they also get some pretty sweet facial tattoos that were datamined. Hairstyles come with embers falling off and some beard options are smoldering with fire at the tips. They also have geometric, charcoal-colored tattoos to match the various grays of their skin options. While the males can be bald, showing off the best of the tattoos, it seems like the females can’t. The closest they come is the mohawk, which, while cool, still hides the cool tattoo design options going down their scalp.