Last week, we talked about what would have happened if Dranosh Saurfang hadn’t died at the Wrathgate. That leads us to this week, where we speculate further on the chain of events that would have fallen out from that result.

This isn’t meant to be considered WoW canon. Much like our Tinfoil Hat KYL’s, this is speculation of what could have happened if key events hadn’t played out. It’s an exploration of a potential alternate timeway. Somewhere out there a world might exist where this is what Azeroth looks like today. We may discover that world, or it may well never come to pass.

But let’s look at what happens in a world where neither Bolvar nor Dranosh fell at the Wrathgate. Bolvar and Dranosh had forged a kind of unofficial nonaggression pact with one another. Garrosh Hellscream, the head of the Warsong Offensive, was uninterested in relations with the Alliance. But he wasn’t in the field actually leading troops. As head of the Kor’kron Vanguard, Dranosh was. Until his death, he was the one making day to day decisions for his soldiers and leading the tip of the Horde spear. 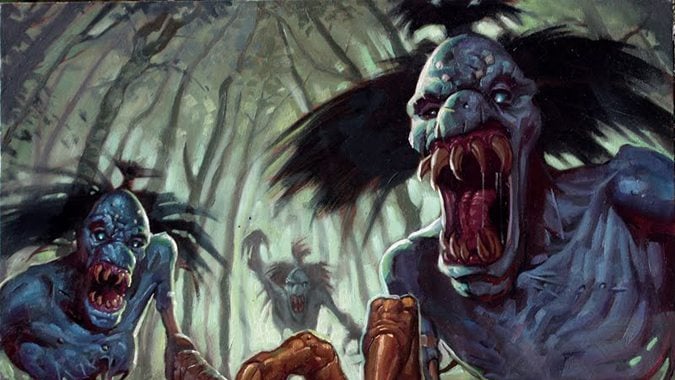 The War on the Scourge

It was Dranosh who decided who his people attacked, who they didn’t, and how they proceeded. His death in our timeline placed that power in the hands of Horde generals who followed Garrosh to the letter. But in a timeline where the Wrathgate went differently, the Alliance and Horde had an access point to Icecrown much earlier. They could lead their forces into battle with the Scourge quicker. Dranosh and Bolvar had learned mutual respect and even fought side by side at the Wrathgate.

So it’s likely that a similar tactic of noninterference would have held. The factions would have spent their time fighting the Scourge and not each other. Similarly, when Malygos and Yogg-Saron reared their heads, instead of divided and squabbling factions they would have been met by a coordinated assault. This would have left the path free to a much earlier attack on Arthas.

It’s sobering to realize that in our timeline, Arthas’ plan worked. Thanks to the Wrathgate, he managed to drag things out and faced a force of heroes who were exhausted from having to fight their way through Icecrown instead of just striking through the Wrathgate. He lured the champions of the world to his demesne. He forced them through a series of confrontations with some of the Scourge’s mightiest. And he even got to witness them fighting each other before they got to him. Now, imagine an Icecrown where the Horde and Alliance aren’t exhausted, aren’t at each other’s throats. They don’t even have to get past one of those Scourge as Dranosh isn’t there. He’s not a Death Knight serving the Lich King, he’s taking part in the assault on Icecrown Citadel.

Who wears the Helm?

In this scenario, Arthas would still fall. He lost when literally everything went his way, thanks to the power of the Holy Light. In this version, instead of just Tirion, two of Azeroth’s mightiest Paladins would be taking part in the fight against him. But we’re led to ask — would we still have learned that there must always be a Lich King? If so, who would it be? Bolvar took up the Helm in our timeway because he felt he had no purpose among the living. But in a world where he and Dranosh were shaky allies, where he wasn’t plagued or seared by the flames of the Red Dragonflight, his connections to Stormwind and the Alliance would bar that choice.

But Tirion Fordring had completed his life’s work. His son was dead, he’d avenged his people… what else would he have done? We can assume that he would have taken up the Helm. This would’ve led to many changes going forward. Thrall wanted to leave the title of Warchief to Dranosh when the Cataclysm hit and Deathwing emerged. Bolvar would have returned home to Stormwind, where he once again would have served as a mentor to Anduin, a friend to Varian and a peacemaker and diplomat, all gifts of his lost to our timeway.

Would Bolvar, be more willing to listen to Anduin’s concerns about a cult in Stormwind? Would he have discovered the plan by the Twilight Prophet to strike at Varian that almost killed him? It seems likely to me. What we can be sure of is that he would have been there, fighting for his home and his people. Bolvar was connected to Stormwind — his family has played a major role in protecting and defending the city. He would not have abandoned it.

The Cataclysm and war in Pandaria

When the Cataclysm came, there would have been less of an impetus for Anduin to be in Ironforge. Bolvar would’ve been there to dampen tensions with his father. Likewise, when Moira Bronzebeard seized control of Ironforge, he would have cautioned Varian against a raid. This may have prevented the Council of Three Hammers from even existing, leaving Ironforge paralyzed by civil strife.

But it’s also likely that the new Warchief would have been far less likely to ally with the Dragonmaw or Blackrock Orcs. Nor would he have been so willing to provoke Cairne Bloodhoof or fight a Mak’gora with him. With his father Varok there to provide wise counsel, the Horde/Alliance dynamic would have been utterly different during Thrall’s absence. Deathwing still likely would have been stopped. There still would have been tensions between the factions. But the discovery of Pandaria wouldn’t have led to such a militarized conflict and thus, likely no siege on Orgrimmar.

I suspect Garrosh Hellscream would have been a voice for Horde militarism. But I also suspect he would have been happier out in the field, following a Warchief’s orders rather than giving them. He would have had the time to mature and come to understand the Horde as it was. His antagonism with Vol’jin would have been far less pronounced. When Alliance and Horde forces went to Pandaria, they still would have fought the Mogu and the Sha, but interfactional conflict would have been much closer to the original level seen under Warchief Thrall, with some limited cooperation possible.

But the real change would have come after Pandaria. Wrathion wouldn’t need to forment a war to unify Azeroth under one banner. He could instead manipulate Bolvar and Dranosh towards those goals. With the Twilight’s Hammer and Deathwing gone, the last Black Dragon would have been able to scheme towards a longer game. The Legion would still be a threat, with Sargeras still plotting against us.

But there would be no trip to an alternate Draenor, and no Gul’dan to come and open the way for them. There would be no reason for the Demon Hunters to be awoken from their imprisonment in the Vault of the Wardens. Instead of a threat confronted and balked with Sargeras sealed up in the Seat of the Pantheon, the Legion would loom large but would be where they had been ever since the Third War — out there somewhere, not an immediate danger. No portal to Argus ripped into our skies. No Illidan, his soul returned to his body. Still in stasis, still waiting.

And Tirion Fordring atop the Frozen Throne, slowly learning what it is to be the Lich King. How would he fare? What kind of master would the Scourge find him? Would the Lich King’s Val’kyr be allowed to escape his grasp? Would he have sensed Sylvanas’ presence and tried to prevent her suicide? Under Dranosh it’s unlikely the Forsaken would have been used to invade Gilneas. Would the Worgen still lurk in the woods while Genn tried vainly to control his own curse and his cursed nation? Would Putress and Varimathras come up with another scheme to depose Sylvanas?

In the end, the world we have is one where Bolvar did take up the Helm. All else is speculation.