Figma Reaper now available for pre-order, may be best-looking Overwatch Figma yet 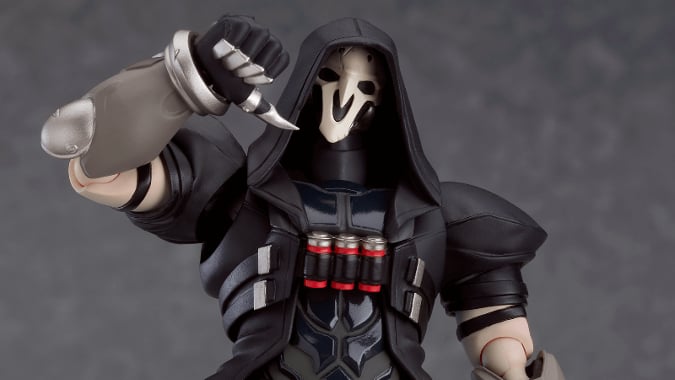 Reaper is the latest addition to the Overwatch Figma line of toys. The figure is currently available for pre-order with an $80 price tag, expected to release at the end of Q1 of 2019.

“Death walks among you.”

From the globally popular multiplayer first-person shooter Overwatch® comes a figma of Reaper!

Figma Reaper is made of painted ABS and PVC and is approximately 165mm in height.

The Figma line of toys from the Good Smile Company is known for its high quality and the posable nature of the figures. And based on the preview images alone, that certainly seems to be the case with Reaper. Between Reaper’s own articulation, the multitude of swappable hands, and the articulated stand, there’s a lot of room for customizing your pose for display. 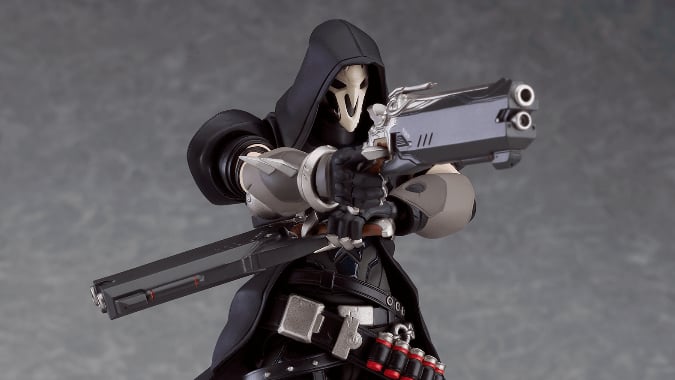 If Reaper isn’t your style, the Figma line of merchandise also includes Tracer, Genji, and Widowmaker — and Widowmaker comes with a truly impressive articulated stand, allowing you to recreate some of her most acrobatic highlight animations. The Good Smile Company is also the producer of the Nendoroid line of toys which currently includes Tracer, Mei, Mercy, Genji, Hanzo, and D.Va.

And remember, if you’re truly looking to break the bank for some bizarre reason, Blizzard has also recently announced a brand new Mercy statue for $175.

Blizzard Watch is made possible by people like you.
Please consider supporting our Patreon!
Filed Under: Figma, Good Smile Company, Merchandise, Reaper
Advertisement