You’ll be able to respec Azerite Armor Traits in Battle for Azeroth, but it’ll cost you 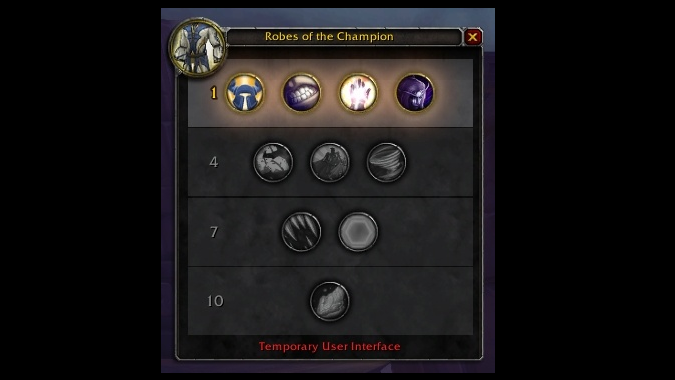 The upcoming Azerite Armor system is Battle for Azeroth’s answer to losing Artifact Traits and the ever-loved Netherlight Crucible system. The short version is that certain pieces of gear will be Azerite Armor, and that armor will have a selection of traits to customize your gameplay as well as add some power to your character. Earlier this month, it looked like we wouldn’t be able change those traits once selected — in fact, having multiple gear sets was specifically discussed as being a good, healthy part of the game.

During today’s Battle for Azeroth Q&A, however, Game Director Ion Hazzikostas clarified that a respec system was on its way to the beta. This respec system was directly compared to the talent-respec system that exited in Classic WoW. Which is to say, you’ll (likely) have to return to a main city, talk to a specific NPC, and pay a gold cost to remove all the traits from a specific piece of armor.

In doing so, this puts a burden on respeccing such that players will be discouraged from changing Azerite Armor Traits on a per-boss basis. Really, the goal here is that you can change traits if you’ve seriously messed up in your choice and can’t stand it for another second. In that sense, gear sets may very well still be a thing in Battle for Azeroth. This is especially true for pieces of armor with more spec-centric traits. If you’re a Shadow Priest with a headpiece that has a Mind Blast trait on it, perhaps it’s just easier to keep a second headpiece if you ever make the mistake of going Holy.

For now, I’m reserving judgment on this. It feels like a compromise between no respeccing at all and respeccing at your leisure with the use of a Tome. But there are hundreds of Azerite Armor Traits, and they’re all designed to be ways that modify your gameplay in some sense or another. If the sum total of those traits actually does make drastic changes to playstyle on the same scale as talents, a gold-cost respec system feels superfluous when you could just keep some extra gear in your bags.

But again, I’m waiting to make any real opinion on the matter until I see it in action myself. And at the end of the day, any respec system still offers more choice than none at all. How do you all feel about this news?