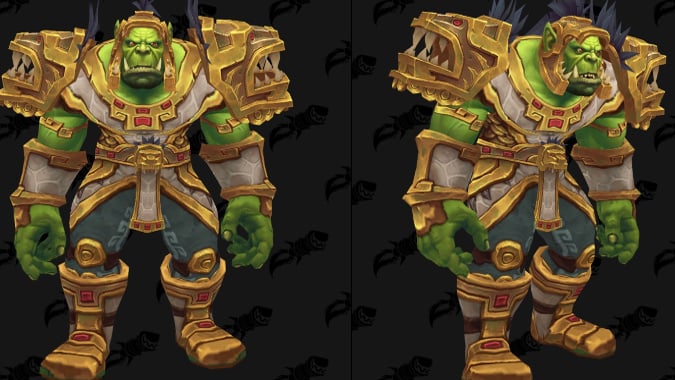 The Battle for Azeroth beta is chugging along with more new items being added each day. And thanks to those lovable dataminers over at Wowhead, we’re going to look at some of them now.

First up is a whole mess of Gladiator gear, presumably for PVP. At the moment, I don’t think the item level is finalized because 102 is pretty low even for the squash coming in Battle for Azeroth. Not all of these pieces have their correct models yet, but enough do that it’s a chance to get a look at where gear is going design-wise in Battle’s PVP scene. We’re definitely back to the Horde/Alliance split when it comes to PVP looks, which brings back some nostalgia for the awful ladder system of those days. Sure, it was horrible, but the gear was distinctive — each side looked very unique and each faction had a unified feel to it. 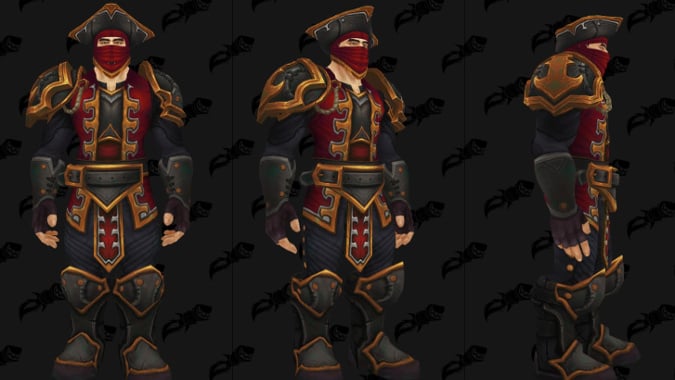 There are also two new sets datamined, assumed to be dungeon sets: a Kul Tiras-themed leather set and a Zandalari mail set. I’m not a huge fan of tri-corner hats, so I’m going to have to say I like the Zandalari set better overall. It just has a more cohesive feel and is more evocative. But if you want to look like a pirate cosplaying as Samuel Adams, the Kul Tiras set is nice, too. Look, it’s leather, I’m never going to like it, so it’s down to you Rogues, Druids, Monks, and Demon Hunters to decide if this is a set you want to wear. I’d happily rock that Zandalari set on my Hunter, though. 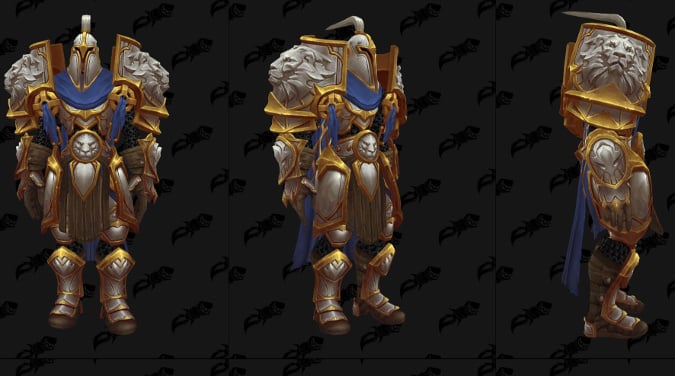 If you want to look at any of the new PVP gear available from Warfronts, Wowhead has added a huge amount of it to their dressing room. So far, I’m generally more a fan of the Alliance aesthetic than the Horde one this time out, especially the Plate armor. However, the Alliance leather also looks pretty good here, in my opinion. I might dust off my Monk to play around with that set.

There’s nothing wrong with the Horde sets, but I kind of wish they’d experimented more with color. The Alliance sets are using a lot of blue and gold and silver accents. They’re bright and eye catching, but the Horde sets are almost exclusively red and grey and black — dark and not particularly distinctive. I get that’s what you want sometimes, but I feel like some of the sets, like their mail set, could have benefited from some departures. I like that set, and I wish it was maybe burnished brass or even a deep forest green instead of red.

Still, we’re getting some solid looks at what gear will look like in Battle for Azeroth. As a transmog fiend, I’m excited. Are you excited?