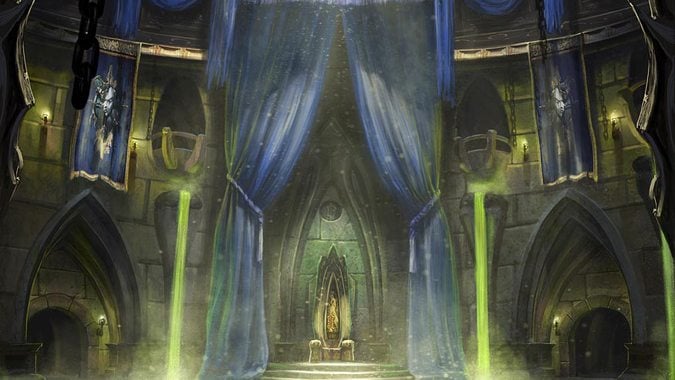 When Theramore became a purple nightmare crater, a lot of players were unhappy. Given that, I suspect that we’ll see a lot more players upset once the story for Battle for Azeroth catches up to the point where Undercity and Darnassus aren’t around anymore. But I do wonder — what are players going to do when events move to that point? Will they just use the Bronze Dragons to flip back to before they got destroyed and ignore that it happened? Or are you going to go say goodbye to your favorite underground green slime moat and check out the Royal Apothecary Society one last time before it’s gone?

I admit, I’ve never been especially fond of Undercity. But I’ll miss Darnassus and Teldrassil, to the point where I honest have no real desire to play the story of what happens to it. I’ll likely flip it back over as soon as possible and just ignore it as hard as I can, at least until I find out what happens after all this. Is Battle for Azeroth going to permanently hand Kalimdor over to the Horde and the Eastern Kingdoms to the Alliance? What happens to the Draenei and Blood Elves? Are they going to be permanently stuck on continents with the opposite faction constantly seeking to invade their territory?

How is this even going to work? I can’t imagine Forsaken players no longer roaming around the Eastern Kingdoms. It feels likely that this is a done-in-one story that won’t affect things in future expansions. Otherwise we’re looking at a Cataclysm size world revamp as the Horde moves into all those Night Elf zones and the Alliance carves up Tirisfal Glades, Silverpine and other zones and makes them Alliance bastions. It was one thing when Theamore got the axe — it was fairly isolated and surrounded by Horde zones. But this would be a pretty massive change if it ever went into current 1 to 60 zones, which is why I don’t expect it will.

Do you think it should? How do you feel about major world changes? Do you like having the in-game world dramatically altered, or do you wish it would be left alone? What about losing two capital cities? Should changes like these be permanent, or should we be back to normal by the next expansion?

Blizzard Watch is made possible by people like you.
Please consider supporting our Patreon!
Filed Under: Battle For Azeroth, Cataclysm, Teldrassil, Theramore, Undercity
Advertisement