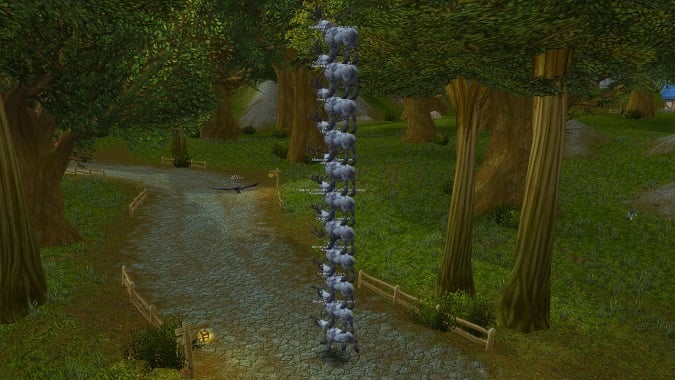 Last week after the first reset of Battle for Azeroth, some players found a very helpful gift waiting for them. If you completed a Mythic Keystone during Legion‘s final week, you had an item with a very high item level in your Mythic+ cache — up to ilevel 400. You also received a high-level Battle Keystone that is all but impossible to complete with our current item-level progression.

Obviously, Blizzard never intended this to happen. They patched the chests and removed the items. Was it a bug — or just an oversight?

Through the years, World of Warcraft has seen its fair share of both, often with hilarious and meme-worthy consequences. Sometimes, Blizzard actually added references to them in the game later on. Let’s look some of the most memorable from WoW’s past.

The Paladin talent Reckoning went through many iterations before it was removed with Mists‘ talent tree redesign. All of these versions focused around a similar idea: dealing extra damage after taking damage. The original version in Classic WoW provided a stacking buff that granted an extra attack every time the Paladin took a critical hit. The talent was cool, flavorful, and fit in perfectly with the Paladin “class fantasy.” There was only one small issue with it: You could stack those extra attacks to infinity.

In conjunction with one player to duel you and a third player to heal you, you could let yourself take critical hits as long as you needed to without attacking. Then, whatever poor soul you attacked next would take potentially hundreds of extra hits. This became known as the “Reckoning bomb.” In PVP, you could “one-shot” players with this tactic (though it was technically more like dozens of shots all at once). If you stacked the Reckoning buff high enough, however, you could even “one-shot” world bosses.

In May 2005, the guild <PiaS> on Azgalor did just that. According to their guild leader, they tested the effect first. Then they warned a Blizzard GM that they were going to try it on Classic world boss, Lord Kazzak. The GM said it wasn’t possible to kill Kazzak that way and “good luck trying it.”

Needless to say, Kazzak experienced a swift and brutal reckoning. A few hours later, Reckoning was hotfixed to have a five-charge maximum. In Legion, Blizzard paid tribute to the Reckoning bomb with the Retribution PVP talent, Hammer of Reckoning, which lets you stack charges. 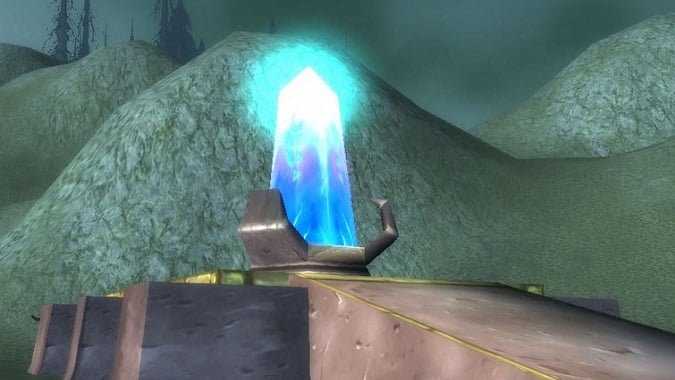 In February 2009, the latest version of the Love Is in the Air holiday went live. It came with a curious twist this time. Every few minutes, the game was sending a realm-wide message that could be seen by every player in every zone: “The Ice Stone has melted!” Players thought it was some kind of puzzle related to the holiday. When asked about it, Blizzard GMs had no answers, deepening the mystery.

Players flocked to the official forums for answers. Everyone had their own theory, from an overabundance of Fire Mages to Gnome-based air pollution. My favorite theory was posted by Athlos on <The Venture Co>: “The Ice Stone is actually Arthas’s heart that is melting due [to] the huge amount of love spreading all over Azeroth.”

These persistent ice stones, my lord! They have melted and seek to flood the world!

The fix requires realm restarts, which we’ll be doing off-peak so we don’t interrupt this evening’s gameplay. I apologize for all the melting in the meanwhile.

It turned out that the announcement was related to a quest for the Midsummer Fire Festival, where you melted Ice Stones around Azeroth in order to summon bosses, particularly Frost Lord Ahune in the Slave Pens. How exactly it came to spam the world during Love Is in the Air is still a mystery. However, it was certainly a bug — possibly the least subtle bug in the history of WoW.

In Warlords of Draenor, Blizzard added an Ice Stone item to the “Spectator’s Chest” in the Frostfire Ridge arena. It has the tooltip “Useful to keep beverages cool. Rapidly melting.” After 30 seconds, the player receives the message “The Ice Stone has melted.” 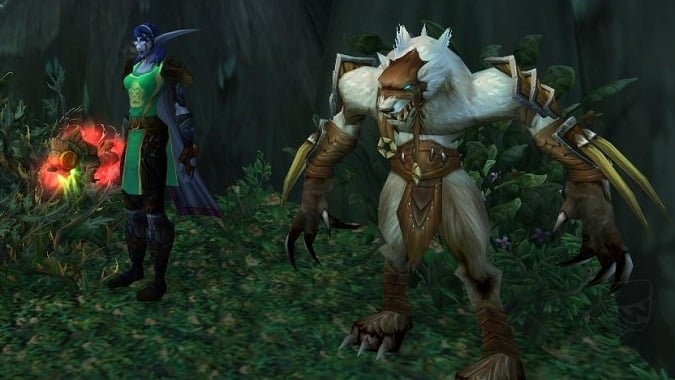 2009 offered another amazing — but completely unintended — feature. During the summer, word got out that Hunters could tame a Worgen as a pet. Given that a Worgen isn’t a beast but rather a humanoid, this was quite unusual. Keep in mind that the playable Worgen race hadn’t been added to the game yet… or even announced, for that matter.

Melesmelda posted a great summary on Wowhead of how players came to realize you could do this:

Over the July 4th weekend in 2009, a paladin named Zomgitsjrad posted a thread in the hunter forums stating that he had seen a hunter with a pet worgen; said hunter wouldn’t reveal where he got it because he liked the novelty. A few people were speculating on which mob it could be, and others started demanding proof. Proof was eventually posted, and after much debating and testing–the possibilities being narrowed down to the Frenzied Worgen in UP, which is classified as a beast, stacking Infected Worgen Bite on a normal pet, and our Garwal here–it was eventually verified that the worgen in question was indeed Garwal.

Garwal came from the quest Alpha Worg in Howling Fjord. If you had already completed the quest, you needed to find a player who hadn’t done it already in order to get the pet.

Taming was rather difficult and required some precise timing. During the quest, a wolflike worg creature is revealed to be a Worgen named Garwal when he hits 50% health. You couldn’t tame him as Garwal. So, to tame his as a Worgen, you had to start channeling Tame Beast while he was in worg form and then finish it at precisely the instant that he transformed. The best way to accomplish this was to Wyvern Sting him above 50% and let the eventual damage-over-time effect reduce him below 50%. (The original version had a DOT component after the crowd-control portion broke.) 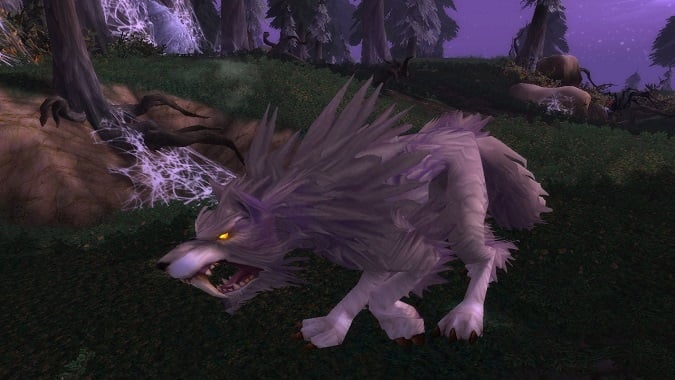 Once word spread, everyone wanted a Garwal pet. He had wolf abilities and talents. He was a little unstable, though. If you took him into an arena match, he would permanently revert back to his wolf form. Because of the hoops you had to jump through to make this work, many players were convinced that taming Garwal wasn’t an intended outcome.

That original Hunter was pretty smart to keep quiet. Once the rumors got out, Blizzard took notice. A few days after the news hit, Blizzard hotfixed Garwal to take away his talents, abilities, and scaling. They also removed the ability to feed him. In the old pet system, this meant that you could keep him in your stable but couldn’t actively use him, since pets would “run away” if you didn’t feed them often enough when they were active.

Players found a workaround for that, however, with the Glyph of Mend Pet, which let you increase your pet’s happiness level without feeding it. Blizzard needed to take stronger measures if they wanted to get rid of Garwal pets entirely. Two weeks later, during maintenance, everyone’s tamed Garwal reverted to a white worg model, with all of its abilities and talents restored. Blizzard said that Worgen were never intended to be a Hunter pet.

Hunters were disappointed. While it lasted, though, they had a great time sending their Worgen pal into battle. That fall, Blizzard announced Cataclysm and playable Worgen characters at BlizzCon 2009. It would have been pretty awkward to keep Garwal tameable after that point. 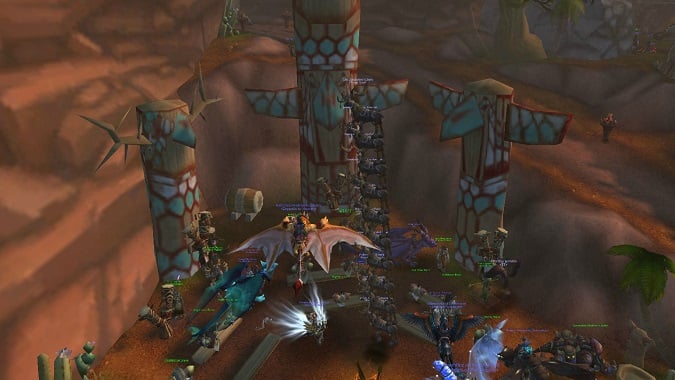 Mists of Pandaria launched with many new glyphs, included a very fun one for Druids called Glyph of the Stag. It allowed your ground-based Travel Form stag to be used as a mount by other players. I had a lot of fun with this one as a Druid main back then. I’d entice friends to hop on for a ride and then jump off the edge of a cliff, killing us both. Good times!

It wasn’t long before someone asked the question, “What if I mount a stag as a stag?” The answer, it turned out, was infinitely stackable stags.

Druids had a lot of fun stacking stags and taking screenshots in early Mists. With a Vial of the Sands mount, you could even fly your stag stack around. As we saw with Reckoning, Blizzard isn’t all that comfortable with the concept of infinity in practice. Blizzard hotfixed stag stacking and made Druids sad. Later in the expansion, however, Blizzard patched in a Stackable Stag toy. It works just the way you think. There is no limit to how many stags can be stacked, aside from the two-minute duration.

Ironically, the Stackable Stag toy itself had an unintended effect. It would aggro mobs if it wasn’t actively stacking on another stag. Some players were actually using it for pulls in dungeons. You could even pull mobs without losing stealth using the toy. Blizzard eventually had to hotfix this issue. In the hotfix notes, they told us, “Stackable Stags now love peace (and stacking), and are friendly to all.”

World of Warcraft is an incredibly complex game, with so many interlocking parts that no team, no matter how large, could possibly account for every bug or unintended interaction. Occasionally, hilarious consequences result. I’m sure we’ll see more in the future, but it’s a sign of Blizzard’s amazing sense of humor as a game developer that they take the time to immortalize their own bloopers with toys and spells.