Taunt, threat, and the inevitability of a tanking disaster

I have been pretty up front since the Battle for Azeroth alpha/beta tests that I didn’t like the way tank design was going. And I think a lot of tanks would agree with me that, overall, tanking is harder and a lot of utility and self-preservation was removed from tanking specs. But right now, tanks are still managing to tank.

Recently, datamined information from the 8.1 PTR shows bonus threat from Taunt was going away in the upcoming patch and many tanks were quite irate about it. Currently, when you hit a Taunt ability like Dark Command or Hand of Reckoning, it adds a substantial threat bonus modifier for three seconds. This was added in Mists of Pandaria to make Taunt swapping on bosses easier, because often a tank would hit his taunt, and then after it wore off the boss would immediately go back to the other tank due to his substantial threat lead. 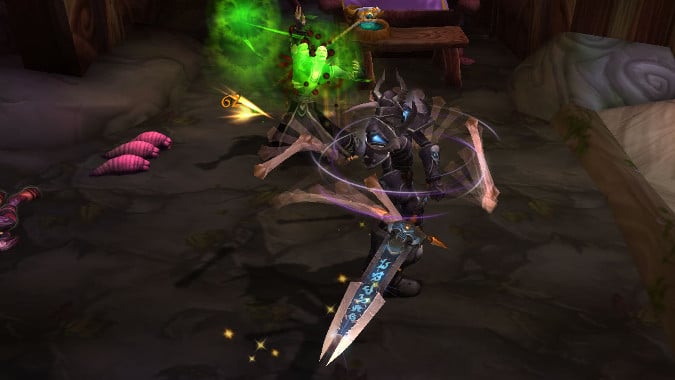 Blizzard has now responded, clarifying their direction. The threat modifier for Taunt abilities is not, in fact, going away. Since some Taunt abilities stated that the threat modifier was there and others did not, they’ve simply decided that they don’t need to have the modifier in the tooltip of Taunt spells — it will be considered a baked in unstated part of hitting your Taunt.

But don’t celebrate just yet, tanks.

Sorry for the delay in responding to this; I wanted to make sure I had all my info 100% correct before I said anything, rather than risk giving you incorrect or incomplete info.

So first off: the threat bonus from using taunts is not being removed. That’s a tooltip change that was made entirely for consistency; every taunt increases threat generation while it’s active, but it was only mentioned in the tooltip for a few of them for some reason. So that’s just basic housekeeping.

However, separate from the tooltip change, we are going to experiment a little with reducing how big the threat bonus is on the 8.1 PTR. Currently, it’s pretty massive, which is a holdover from when it was first added in Mists of Pandaria. Remember, back then active tanks were dealing huge amounts of damage (and thus, threat) due to the Vengeance mechanic, and so the offtank needed a huge threat boost to be able to keep aggro through tank swaps. That mechanic hasn’t existed for a few expansions now.

Nowadays, in BFA, threat is once again something tanks need to keep in mind, and that massive bonus opens us up to all sorts of wacky issues as DPS (both from tanks and from damage dealers) increases. As one example, there’s a risk that we end up in a situation where certain tanks need to use their taunt on cooldown as part of their single target rotation. That would be bad for several fairly obvious reasons.

So, we’re going to try it with a lower bonus on the PTR and see what happens. Our expectation is that there is no tangible effect on your gameplay; you still use taunts exactly how you do now, and they have the same result.

The idea that tanks no longer generate the huge damage allowed by Vengeance and therefore don’t need as large a threat boost from Taunt to hold aggro against other tanks on tank swaps is a solution in search of a problem, and the idea that in the future we may see tanks needing to use Taunt as part of their rotation to hold threat against geared DPS strikes me as an unusual rationale for nerfing Taunt’s threat modifier without thereafter doing something to adjust tank threat to compensate. When tank threat was nerfed coming into Battle for Azeroth, I predicted this exact outcome as DPS scaled with better gear. It has happened repeatedly over the existence of World of Warcraft, and it is easily forecast as happening again. Nerfing Taunt threat modifiers to prevent Taunt from being used rotationally when it occurs does nothing to fix the upcoming issue. 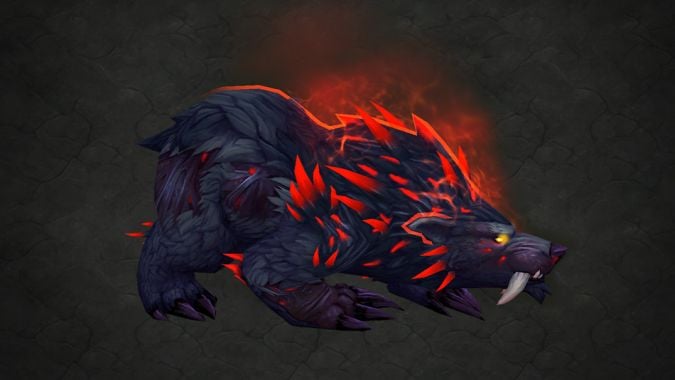 If we have a problem, solve it

Another commenter even brought this up. Lore’s response doesn’t really make sense to me.

If we get to that point (it’s not clear if it’d ever actually happen), we wouldn’t want “use Taunt on cooldown” to be the way to deal with it anyway. We’d rather just make sure you’re generating enough threat.

Looking at both responses, there seems to be two elements at work. The first is that the developers do not believe that tanks currently need as much of a threat modifier after Taunt to hold aggro on a tank swap mechanic, and the second is that they’re concerned that as DPS increases tanks may feel the need to use Taunt rotationally in order to hold threat. They want to reduce the threat modifier on Taunt spells because they want threat to matter, and if there’s a problem later with DPS outscaling tank threat they don’t want tanks to use Taunt on cooldown to cope with it.

But they’re not going to do anything now to provide tanks with a way to stay ahead of scaling DPS.

Instead, they’re going to reduce the Taunt threat multiplier and test it on the 8.1 PTR to see if it has any effects in the gear we have now — and completely ignore what it will be like down the road. If there’s a problem (that is, if tanks actually start losing threat on tank swaps or to geared DPS in the future) instead of having planned ahead and having a solution in place before, they’re creating the problem earlier than it otherwise would have happened while removing the work-around tanks could have used to deal with it until they got a solution in place. 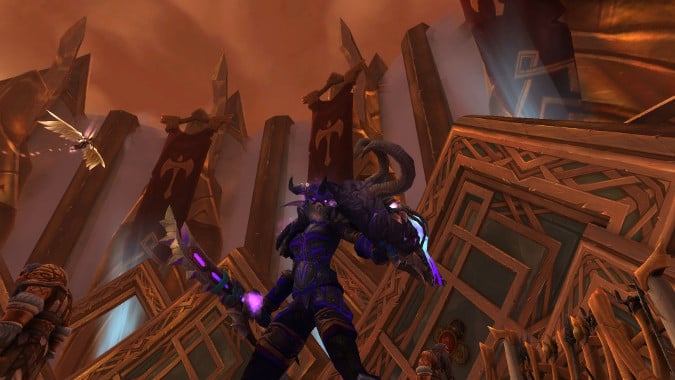 I don’t see this as a good idea. Frankly, the whole make threat matter movement in tanking, combined with the remove tools tanks had to keep from dying design choices made in this expansion, strike me as needlessly harsh. Saying “Hey, it might not even be a problem” here just feels odd. It’s the point of design to anticipate possible problems and plan for them, build in redundancies that prevent them from getting worse, not remove elements that could help keep them from occurring. Is Taunt on cooldown a great design solution to DPS scaling faster than tanks? Nope. But you know what’s a worse design solution? Doing nothing at all.

I’m sure there are other strange artifacts of the larger than needed threat multiplier I’m not aware of, and that’s fine. But making this change without any thought to what solution you’re going to implement for when something that has happened repeatedly over the course of WoW‘s existence happens again? That’s a terrible idea. The whole idea of making threat more important in an Active Mitigation tanking model is questionable at best. But doing so, and then reducing the Taunt threat modifier with a stated reason for it being eventually, tanks will feel the need to use Taunt on cooldown to keep aggro, and we don’t want them to have to do that is not a compelling reason.

If you don’t want Taunt hit on cooldown? Give us threat tools we can use to ensure it never has to be used on cooldown. It’s a two part problem, it needs a two part solution. Because it’s not an if, it’s a when. It will happen. Will it happen in 8.1? Perhaps not. But eventually, DPS will outscale tank threat. That’s what it always does. We have multiple expansions full of examples. I hope they roll out some new tools soon to address this.