Mad Scientists have been a horror trope since as far back as Dr. Frankenstein in Mary Shelley’s 1818 novel Frankenstein. We’ve seen countless iterations across pop culture ranging from the serious to the silly and everything in between. The person who blindly follows their ambition into dark scientific knowledge remains an enduring way to get chills up and down your spine. Even Blizzard has gotten in on the craze with mad scientists of every stripe.

Which of Blizzard’s scientists is the best example of Frankenstein? Who has the best constructs, the coolest lair, and the biggest impact on their universe? Let’s find out!

(For a quick TL;DR of the candidates, please be sure to check out our gallery linked above!) 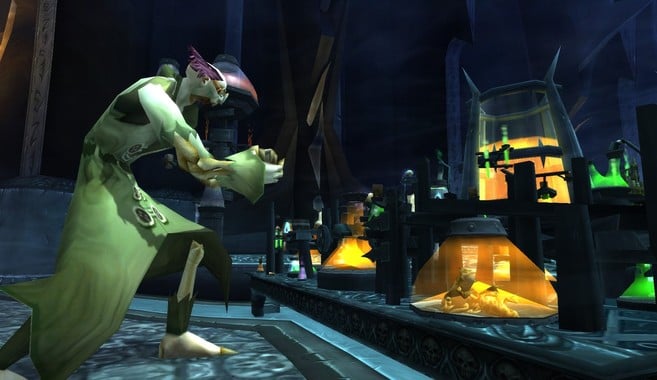 Situated high up in Icecrown Citadel, Professor Putricide has an entire wing dedicated to his unholy work. Full of bubbling vats and lab assistants, it’s the perfect place to brew your next world-ending virus. Lab safety is very important to Professor Putricide — you’ll have to go through a rigorous decontamination cycle before you’re even allowed in the room with him. He can’t have you bringing in all that gross skin. Once you’re inside, it’s quite clear that the Professor knows that the key to good science is large vats of bubbling mystery oozes. For the size of constructs he’s been making, the large work area is a necessity. He’s also got something a little cozier for personal projects — a secret laboratory located through a trap door. Just don’t overstay your welcome. An abomination named Stitchwork guards the lab and he doesn’t appreciate the company. There’s already at least one uninvited guest that’s become part of him — forever.

Not content with just one monster, the Professor has whipped up a pair of large abominations to act as his “sons”. Rotface and Festergut are both all kinds of gross. But what son should grow up without a pet? The Professor made each of them a dog to keep them company. Stinky and Precious are in dire need of walks. They just have so much energy to spare! These abominations and their pets are the finest that we see in our battles with the Scourge. The only things that even come close to their size are the Frosty Wyrms and Giants that Arthas raises. It’s a testament to Putricide’s skills that he’s able to make and animate them.

Putricide had his fingers in most of the various plague concoctions that the Scourge use.  When you go and confront him during the assault on Icecrown Citadel, he lets you know “I think I’ve perfected a plague that will destroy all life on Azeroth!” If we hadn’t stopped him when we did, things would’ve gotten even grimmer. When you fight Professor Putricide, he makes it clear that he isn’t above experimenting on himself either. He transforms into something that’s closer to another classic movie monster — Professor Putri-Hyde.

He’s got great monsters, good ambitions, and a fantastic laboratory, but he loses points because he’s not his own boss. Dr. Frankenstein wasn’t part of an organization, he was in it for himself. That’s part of what made him so scary — he could be any scientist with advanced degrees in Biology who had an idea that society wouldn’t approve of. 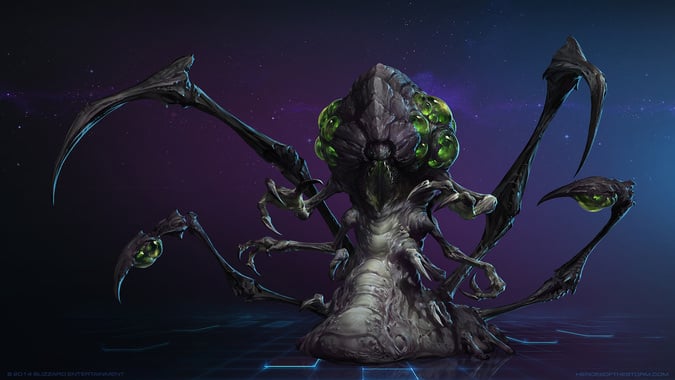 Abathur himself is a construct of the Overmind. Given just one directive, to help guide the evolutionary path of the Zerg. He helps weed out strains that don’t fulfill their purpose while perfecting the rest. He makes his home in the Evolution Pit of a Leviathan. This giant Zerg creature serves as a vessel for space travel, and as a strategic base for Zagara and Kerrigan to plan their attacks. The large creature is fitting for someone who is so deeply tied to creature creation.

Abathur worked his magic on everything from Zerglings to Ultralisks — there’s always room for some improvements. Basic Zerglings didn’t inspire much confidence, but after Abathur was done with them they were formidable additions to any army. When the Overmind needed a champion, Abathur helped take the Ghost Kerrigan and turn her into the Queen of Blades. He managed to keep all of her deadly psionic powers intact while giving her a complete Zerg makeover.

The course of history in the Koprulu sector was forever altered when the Zerg Swarm appeared. Abathur’s creations helped to assimilate countless worlds and slayed millions. It’s a little unfair to compare Abathur to the rest of this list, as none of them had access to other worlds. He’s certainly got the single deadliest creation of any of these scientists. It’s fair to say that Kerrigan would be able to hold her own against any stitched together Abomination from the labs of Professor Putricide.

Abathur has the furthest reaching influence but is still just working at the behest of someone else. When the Overmind was destroyed he went almost feral, spending his time roaming the tunnels on Char. He would modify anything he came across, in strange and interesting ways. He just really needs a guiding hand to reach his full potential. 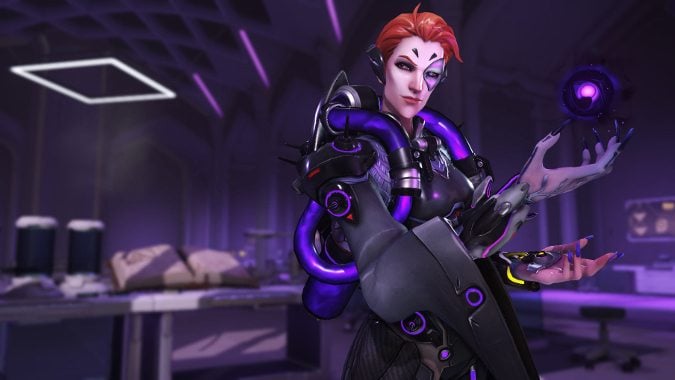 Moira is a proper scientist. She needs clean and sterile environments to do her work. We’re not going to be seeing any patchwork monsters in her labs. Working on a variety of test subjects — including herself — Moira quickly realized that typical guidelines and regulations were stifling her genius. Moira worked tirelessly to try and make lasting impacts in the field of genetics. When it came time to present her findings the larger scientific community shunned her — and pointed out all the ethical violations of what she was attempting. Overwatch itself blacklisted her.

After the blacklisting, she was approached by the covert squad Blackwatch. Working in the shadows with them, Moira was able to get the resources needed to carry out her experiments. She didn’t work on stitched together monstrosities or carefully evolve creatures.  Moira instead chose to rewrite the genetic code of Gabriel Reyes, giving him supernatural abilities but leaving him constantly decaying and regenerating.

When Blackwatch was exposed, she needed a new organization willing to fund her experiments — enter Talon. By contributing breakthroughs to their soldiers she made herself invaluable and quickly rose to prominence on their council. Moira doesn’t care who she works for as long as they don’t interfere with her work. Reyes adopted the name Reaper and started working as a mercenary, causing havoc around the world alongside Talon. The changes Moira worked on him allow him to disappear and reappear, and even go through passages that no normal man could fit in. The perfect assassin, in other words.

Moira gets points for being the scariest thing that could happen in real life. We presently don’t have the ability to affect widespread genetic manipulation like we see in Reaper, or shoot balls of healing energy that bounce around rooms. However, we are close to a breakthrough with CRISPR and gene editing. If we strip away the more fantastical facets we’re left with a driven scientist — who fully believes that the end justifies the means. 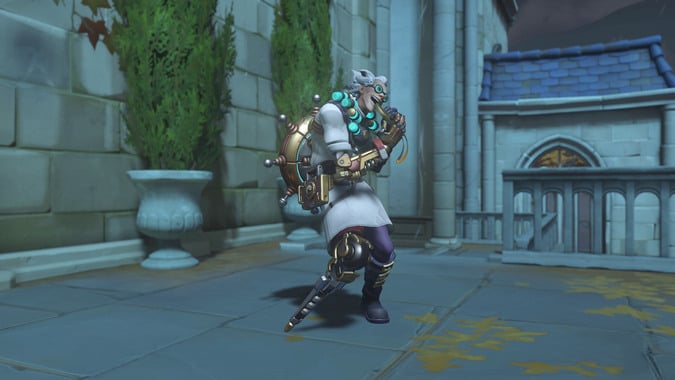 Dr. Jamison Junkenstein’s first lair was his shop in Adlersbrunn. There he toiled away for the local lord, creating wonderful mechanical servants. However, the lord treated him and his creations poorly so — in secret — the good Doctor made something to prove him wrong. Sadly, when it came time to create true life from death he fell short. The Witch of the Wilds saw him struggling and offered him the power he needed to succeed — for a price. He would owe her a favor, but Junkenstein’s Monster would be given life.

Using his new Monster he assaulted Adlersbrunn, trying to punish those who had mocked him and mistreated him. It was only through the intervention of four wanderers that the town was spared. Little did they know, servants of the Witch never die. After a second doomed assault, he retreated to Chateau Guillard to work on his next creation: The Bride of Junkenstein. She has a shockingly good head of hair and is just dying to meet you.

The town of Adlersbrunn was saved twice, but Dr. Junkenstein has time on his side. He toils away perfecting his Zomnic contraptions and making monsters in his lair. Dr. Junkenstein is a spurned genius, who sought a way to bring life to the lifeless. Even with the assist from the Witch, Dr. Junkenstein was close to a breakthrough. Plus he’s got the name, the Monster, and the Bride.