The Queue: A very merry Mitchmas 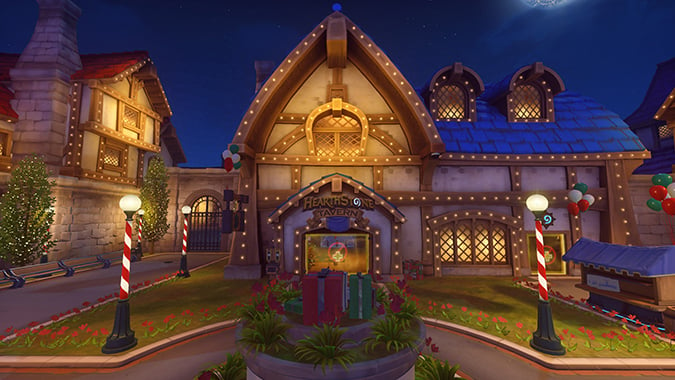 I’m not a holiday person — not the winter holidays, anyway. But I have a few things I consider “traditions,” and making sure I listen to Tim Minchin’s ‘White Wine in the Sun‘ is one of them. In fact, I was almost going to name this Queue after it, but then I remembered… I already did that last year. Fittingly enough, he even posted a photo of (what I presume to be) the location he sings about in the song.

ENO AND RYAN JAGODA‏ (@CASCOGOAT) HAVE QUESTIONS THAT SET ME UP FOR A THEME:

E: What kind of Mitch Queue is going to be on Christmas?

R: Is it too much to hope for a 12 Days of Mitchmas carol in the Queue?

Believe it or not, it’s actually pretty hard to make The Queue — a limited-question, Q&A-format post with no real theme among questions — into anything resembling a theme. Go figure. That said, I’m all for rhyming and a challenge, so I’ll see what I can do.

2BE: Greatfather Winter (either one, your choice) vs Green Jesus

I give this one to Dark Iron Greatfather Winter. He may be a myth, but I believe.

BUT LIZ HARPER, WHO QUEUED THE DAY AFTER, DID NOT:

Q4tQ: Santa is added as a hero to Overwatch, what would his abilities be?

Santa’s Big Sack: Santa primarily hits targets with his sack of presents (left click), which he can “charge” (fill with more presents, right click) to swing in a larger arc. Santa’s sack always deals more damage at the end of the arc, and each hit reduces the number of presents in his sack. Enemies are knocked back when hit, with a larger knockback occurring when Santa’s sack is full.

Run Over by a … : Santa’s Ultimate ability would summon his entire fleet of reindeer, who would start from the sky (to hit any airborne enemies) and then dive into a straightaway right before hitting the ground. The reindeer plow through anyone they hit, dealing massive damage and knocking them down for 1.5 seconds.

PERHAPS SHE WAS FRUSTRATED, BY THE QUEUEMAN’S DIVERSIONS:

Believe it or not, I’ve never seen Die Hard. But with how fervently people defend it as a Christmas movie, I’m inclined to think it is, in fact, a Christmas movie. Because if Christmas is about anything, isn’t it the power of believing in something?

OR MAYBE SHE WAS JEALOUS, OF THE PRIEST’S BUFFED DISPERSION:

Kalcheus: Q4tQ What holiday specials did you watch?
We watched the original Simpsons Christmas Episode, Olive the Other Reindeer, Mr Magoo’s Christmas Carol, and now we’re watching A Christmas Story

I watched Love Actually for at least part of this Queue writing, and I also watched the Aggretsuko special a few days ago. May watch the sequel to A Christmas Prince just because. Again, I’m not huge on the winter holidays, so I don’t usually go out of my way to watch specials.

BUT MITCH OWED SO VERY MUCH TO HER:

Lotharfox: In Darkshore, Conflagros drops a pet, Detective Ray. He is a small skeleton. The text says, This is what happens when you try to one-up Finkle Einhorn’s tall tales of being stuck inside of dangerous creatures.

What is this a reference to?

Finkle Einhorn is a Gnome who was trapped inside The Beast — a large Core Hound — in the original Upper Blackrock Spire. Amazingly, he’s still alive. Not so much for Detective Ray, it seems.

ON THIS SPECIAL MITCHMAS, OF THIS HE WAS SURE:

Eno: QftQ: Did we ever get confirmation on a Diablo Netflix show and any more information on it?

We did not. Frankly, I’m surprised it wasn’t even teased at BlizzCon — I definitely expected something about it. So for now, it’s just rumors. The thing may not even exist.

Or it exists, but it’ll be limited to being watch on the Netflix mobile app and Blizz is waiting to break the news to us. You guys do have phones, right?

SO HE HOPED IF SHE READ THIS, HER HEART HE COULD SWAY:

MusedMoose: Q4tQ: have you ever felt like you’re being openly mocked by the RNG?

Tonight, thanks to there being a Horde incursion in Tiriagarde Sound while the emissary was also up, I killed two birds with one stone. Both rewarded gear. Both pieces of gear were identical, and they were exact duplicates of the hood my character was already wearing.

Back in Vanilla, my guild was raiding Molten Core, and I desperately wanted the Eye of Divinity so I could get my Anathema/Benediction. Weeks went by without the Eye dropping, but I kept showing up and stocking DKP. One night, the Priest shoulders dropped, which I didn’t have — but I let another Priest get them because I knew I’d (hopefully) be next to get the Eye.

I can’t remember if it was that same run or one run later, but we had someone’s Priest (alt?) come in. That person had more DKP. The Eye dropped. They got it.

I’m pretty sure the next time I ever saw an Eye of Divinity was Burning Crusade.

AND MAKE THAT GNOME’S SMILE, GROW THREE SIZES THAT DAY:

Glowing meteor carrot: Are Demon Hunters the Warcraft version of vampires? They transform, use bats, have wings, wear leather, perform blood rituals, and most likely know what’s behind a miserable pile of secrets

Actually, the San’layn are most definitely the vampires of WoW. While Demon Hunters have some similarities, they’re definitely a different category of trope. San’layn, though? Oh yeah. Vampires to the max.

That’s The Queue for today, folks!

With that, I wish a merry Mitchmas to all, and to all a good Blight.