Of all the Titan-Forged Keepers entrusted with the progression of Azeroth following the war with the Black Empire, Mimiron may be the most clever and inventive. Loken may be more devious and Highkeeper Ra may rival him in pure creativity, but for sheer ability to concoct ridiculous, elaborate — some may even say overly contrived — solutions involving astonishing magic and/or technology, Keeper Mimiron has no peer and no rival. Not many Keepers can say to have survived their own deaths, after all.

The form Mimiron presents to the world currently is not the one the Titans made for him. That’s because that form died due to the treachery and betrayal of Loken, who was like Mimirion’s brother. The two were created and empowered by the same Titan, Norgannon, and the two once worked together to help the Titan-Forged destroy the Black Empire and defeat the Old Gods. But Loken strayed from the path, and developed a desire for Sif, the wife of their fellow Keeper Thorim. To conceal his role in Sif’s death, Loken turned to the Old God Yogg-Saron. To conceal that ultimate betrayal, he committed scores of others — including the destruction of Mimiron.

Loken feared that Mimiron alone of all the Keepers possessed the intellect needed to see through his deception. He did his best to make Mimiron’s death look like an accident. But he didn’t account for the loyalty and skill of Mimiron’s greatest creations. 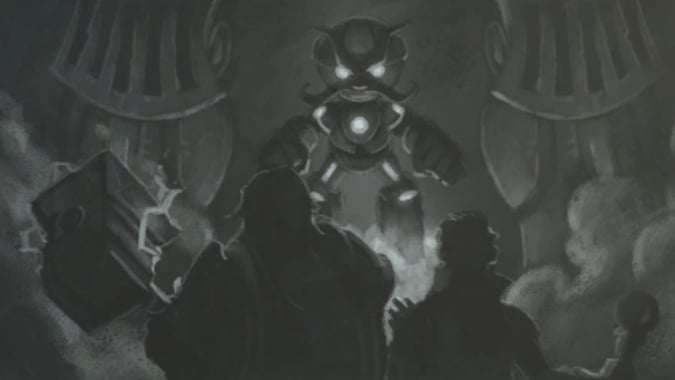 Like the other Keepers, Mimirion was created and empowered by the Titans to act as a proxy in their battles with the Old Gods — the sheer size and power of the Titans meant that fighting directly on Azeroth posed a great risk of destroying the very world the Titans intended to save from corruption. The Keepers were the answer to this problem. Shaped from the rock and metal of Azeroth’s crust, empowered by the various Titans of the Pantheon itself to be the leaders of a vast army of rock and metal warriors, they would wage the battle on a scale that posed less of a threat to Azeroth’s survival.

Mimiron was given his power by Norgannon, the lore keeper, sage, and sorcerer of the Pantheon. The first task the Keepers performed for their makers was to defeat the Elemental Lords that served the Black Empire as a slave army. To face Neptulon, the ever-shifting Elemental Lord of Azeroth’s oceans, the wily Loken and brilliant Mimiron joined forces and together they accomplished their task. Afterwards, under the leadership of Odyn and Highkeeper Ra, they took part in the final battle against Y’Shaarj.

Following the death of the Old God and the realization of what it would do to Azeroth to try and kill the others, Mimiron helped create many of the devices that were part of the planet-wide system for ordering Azeroth and ushering the World-Soul towards awakening. The banks of the Well of Eternity and the structures like the Temple of Elune alongside it, the future Wyrmrest Temple, outposts like Ulduar, Uldaman, Uldum and Uldir, and the great forges the Forge of Wills and the Forge of Origination that were central to the Titans’ plans for the world were all constructed through the efforts of Mimiron, also known as the Grand Architect.

In order to aid him in designing and implementing the machines that would be necessary to heal Azeroth’s wounds and channel the power of the Well of Eternity back into the slumbering proto-Titan, Mimiron created helpers. These quick, intelligent, curious clockwork contrivances were a new kind of Titan-Forged unlike any seen before. While the didn’t physically resemble Mimiron, they could still be said to have been made in his image, for they approached the world much as he did — ever interested, ever desirous to learn and understand more and improve what they could. They became known as Mechagnomes, and they served Mimiron at his great laboratory in the Storm Peaks outside the Ulduar complex, the Temple of Invention.

After the countless years of effort it took to design, test, construct and activate the planet-wide systems that would shepherd Azeroth into a proper orderly ascension, Mimiron settled down to study the effects of the Titan-Forged’s labors and moreover, the natural world of Azeroth following the defeat of the Old Gods. Mimiron knew that the world had been evolving in a certain direction before the coming of the Old Gods — labs studying that evolution were constructed in places like Sholozar Basin, Un’Goro Crater and the Vale of Eternal Blossoms were created by Keeper Freya, and Mimiron engaged in a bit of curiosity regarding these creatures.

Mimiron was interested in one species in particular. Having discovered an element we today know as Kaja’mite, Mimiron quickly deduced that it had unusual properties that could enhance the intelligence of those who were exposed to it, and he chose a small native species to test the Kaja’mite on. The mineral changed them physically and mentally, and while some of the changes were dependent on Kaja’mite — the highly enhanced intellect in particular only seemed to remain viable when ingesting the material — enough of the changes remained that a new people, today known as Goblins, resulted from Mimiron’s tests. 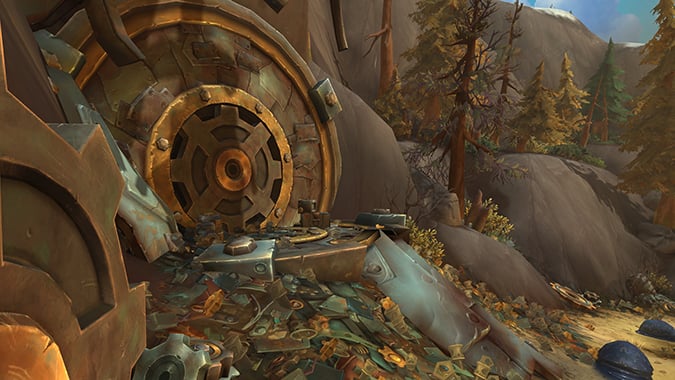 As we’ve discussed, Loken eventually betrayed the Keepers to Yogg-Saron. One thing was clear to Loken’s insane but still brilliant mind — his only rival in intelligence among the Keepers was Mimiron, and while the Grand Architect was often distracted by his work, once he decided to apply himself even Loken couldn’t hope to mislead him for long. Fortunately for Loken, Mimiron saw him as a colleague and friend, dating back to their time during the War against the Black Empire and their partnership in defeating Neptulon. He saw no reason to suspect Loken of any malice.

Therefore, it was easy for Loken to sabotage Mimiron’s lab and kill his former friend. He left, satisfied that the other Keepers would not be able to decipher Mimiron’s workings well enough to understand what had happened to the Grand Architect. But unfortunately for him, Mimiron’s Mechagnomes were both loyal and far more clever than Keeper Loken understood. They found their creator before the spark of life had fully left his Titan-Forged body, and immediately took steps to preserve him.

They did this by constructing a Mechagnome shell far greater than any previously constructed to house his Titan-gifted essence. While the process of dying and being so rescued from permanent cessation has had consequences — it’s argued that Mimiron is no longer entirely sane — his peerless intellect was safeguarded and he did return to life, created now in the image of his own creations. Unfortunately for Mimiron, in his disoriented state he was easy prey for Loken and Yogg-Saron, and he found himself under the Old God’s sway for eons, residing within Ulduar. There he would construct terrible engines of war, such as the Flame Leviathan, the gigantic XT-002 construct, and the terrifying V0-L7R-0N combination weapon system. 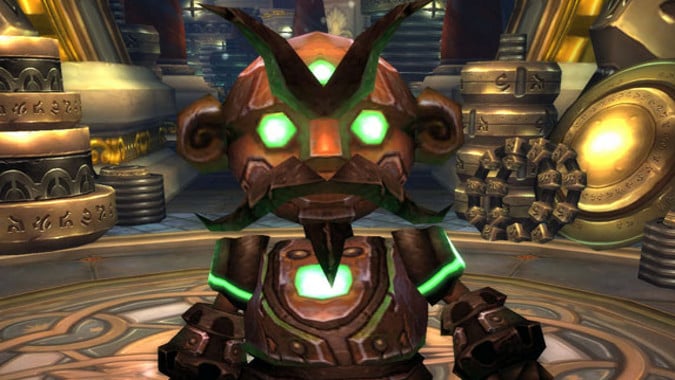 Return to sanity, or an approximation

During the defeat of Yogg-Saron, Mimiron was finally freed from the Old God’s influence, and helped mortals engage and seemingly destroy the monstrous self-proclaimed God of Death. Since then, he has remained in Ulduar working to repair the facility, although he was seen outside it helping Thorim reclaim the wondrous Titanstrike, a weapon Mimiron made for his fellow Keeper in ages gone by.

What Mimiron will do now is unknown. At least two of Azeroth’s races owe their existence to Mimiron — the Goblins due to his experimentation with Kaja’mite, and the Gnomes descend from his creations the Mechagnomes. Does Mimiron feel anything towards these peoples? What role, if any, does he imagine for himself now that he’s freed? We have very little to go on so far, but if the Grand Architect is anything, he’s inventive.