I was quite surprised by this, as I’ve maintained stacks of mistletoe in the banks of my alts for years — possibly since my first Winter Veil back in 2006. It’s quite fun to have a “Winter Veil in August” party complete with reindeer. To me — who still has festive holiday lights strung up in her garrison in Draenor — it’s about keeping the magic and fun of a holiday going well into the following year. There’s nothing going on right now until the Lunar Festival arrives on February 1, so why give up on Winter Veil just yet? Turning my mount into a reindeer is harmless and doesn’t provide me with any sort of buff — other than a smile at my desk.

Beyond the change itself, the developer comment has slightly ominous overtones. “We expect to make future holiday buff items follow the same pattern.” Now I’m frantically pawing through my bags and alt banks to see just what could fall under this category and wondering if I should use them up right now. Friends have suggested the following items could become holiday only:

Now, I don’t think I’d mind if the wands became holiday only. I have at least a dozen spread across various characters and I never think to use them unless my guild actively makes an event for it. Suddenly having all this bag space because the wands become holiday only wouldn’t upset me. And the Lunar Festival Fireworks Pack is kicking around in a couple of my characters’ banks. I don’t dare open it because out come a dozen different fireworks which can only be deleted — not used — after the holiday. 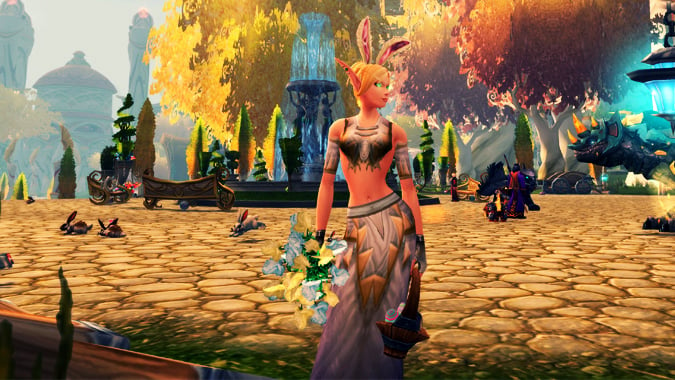 But I balk at the possible loss of the rose and summer petals and my branch. I stockpile the petals and keep a branch solely to be used to cheer up guild members going through rough patches. It’s about bringing a smile to people at times when a little recognition — and fun — go a long way.

Could other items become holiday only?

It’s also been ruminated that other things — like our carefully preserved Brewfest steins — could disappear. I collected those. They are taking up bag space, but I collected those and I’m proud of the fact they represent all the years I logged in during Brewfest. Do not take my steins.

A guild member suggested mistletoe could become a form of currency to be used to buy some things during Winter Veil. I don’t know about this. We already have a plethora of additional currency during holidays. In the Midsummer Fire Festival, it’s those blossoms. Adding more petals to the list would just compound the need to grind the daily achievements for items.

I propose these items become toys. You would still accumulate them during their respective holiday but the currency obtained during the holiday would be used to buy them. They would also have a chance of dropping from the bosses during the special holiday event. Those of us who love these little things would still have them and those who can’t stand them wouldn’t have to delete them after a holiday or try to obtain them.

I’m trying not to be discouraged by this notice but it’s hard not to see it as a removal of fun. I don’t mind extra bag space, but I’m not getting anything in return.