The Queue: I would rather spend the holidays with… 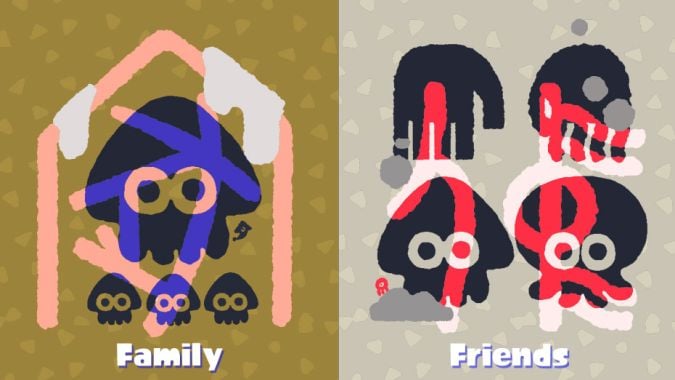 I’m a little disappointed that I didn’t really get to participate in this month’s Splatfest for more than a handful of matches. It’s not that the theme was one I was super crazy about — I went Family, FWIW, largely because both of my brothers did and also I have no friends — but rather the flair that went into this particular Splatfest.

In addition to being a 48-hour “Frosty Fest,” each side’s ink was sparkly! Matches were a battle of pretty-looking silver and gold ink, all under a special, wintry night sky. It was cool, and I’m sad that I was feeling too “meh” to really do anything during this one.

In other news, Games Done Quick is currently on, and it’s something I always love to watch. Not that we’re sponsored or anything, but check out the schedule and tune into your favorite game. Me? I’m writing this while I watch a Splatoon 2 speedrun. Go figure!

ALEX CLERM, I COULD LIE TO YOU IF YOU WANT:

Q4tQ
Has there been any more info confirmed or patching done concerning the Hive Mind’s special grouping ability? I’m set to go get it with a group of RL friends this Friday and we’re wondering if our alts will get the bonus while leveling together later?

As far as I’m aware, the goal is to make it unique to the character group that earned the mount. I’m not sure if the non-account-wide limitation is a deliberate choice or a technical limitation, but sadly, you won’t be able to earn the speed increase on anything but the character that actually completed the ritual, with the group who helped you complete it.

NARSONAS APPEALS TO MY NOSTALGIA:

QftQ: Are there any particularly interesting Classic Questlines to follow per say like the Stalvan Mistmantle one? After doing the Cataclysm wrap up on one of my many Void Elf alts, I saw on WoWpedia that it was quite the questline and I want to do more of those when Classic releases.

There are probably a lot more than I can remember, but off the top of my head…

Okay, I’m gonna stop thinking now, because the list is eventually just going to compromise all of Classic.

MISTAH JAY HAS MANY 2BES:
OMEDON, DON’T YOU DARE:

Ok so there’s a lot of contentious opinions about whether or not Sylvanas needs to die, but can we just all agree that Nathanos, more than Sylvanas, is acting the “heel that needs to get his comeuppance” in just day to day interactions, to both sides?

Seriously, to hell with this guy! His snark is waaaay too over the top to not end with a sword in the mouth, and my hordies would happily hold his arms for the alliance people to do it, if they promised to return the favor!

No, I cannot agree here. Nathanos is amazing. He’s a total edgelord with the sass level of a high school mean girl, and it’s amazing. Plus, the voice acting is phenomenal. Do you really want to lose that?

That said, I actually wouldn’t be surprised if he doesn’t make it out of this expansion. That’s been my mini-theory for a while now, but I hope I’m wrong. I have noticed him saying “For the Horde” instead of “For the Forsaken,” which is interesting if deliberate. He’s had a few, very small moments of introspection, and I’m wondering how far Sylvanas can push him before he changes his motives.

In the upcoming raid, there are some encounters where alliance characters turn into a horde race and vice versa. How come blood elves don’t turn into void elves, and the other way around? Or Night elves into nightborn? Seems like a legit race on the other side, with minimal upset to the overall look.

As mentioned in the comments, it’s probably a technical limitation. Given it’s not just a simple cosmetic switch and you actually do turn into a different race, complete with racial abilities, there’s probably something that requires the account to have the races unlocked first.

Also, Night Elves can be Druids, but Nightborne can’t, so that wouldn’t work anyhow.

THOMAS STRANGE, WHAT A FITTING NAME:

Did something happen to the Bastion of Twilight? I swung by this week, and the swirly portal is gone… along with the summoning stone. I did /reload and everything. I haven’t checked on any other characters, but it’s a raid I’ve been running on and off for years. What gives?

I have no clue! It sounds like someone else was having this issue, but I’ve seen no signs of missing anything outside the raid. Did you take a different route there than normal (portal from Org/SW instead of direct flight, etc.)?

I have to ask: Where is that ship located in the header graphic? It doesn’t appear to be one of the larger Kul Tiran ships.

I’m going to do some research, but before I do, I’m going to say that it’s Jaina’s boat. It definitely looks like the one in the cutscene with her. Horde-side, Sylvanas appears to have her own super fancy boat in the latest war campaign stuff, so it could only appear once you’ve made it to a certain point in the Alliance’s 8.1 chain?

I tried Jalamenos’ suggestion of going to the boat in the BFA intro quests, but you can’t actually get inside of it. Well, you can, but you’re not supposed to be able to, and the inside is missing a lot of doodads. So my guess is that it’s part of the 8.1 stuff, but I have no real clue.

Fun facts: The “incomplete” version of the boat in Stormwind only has the chair from yesterday’s Queue header, and it also has a random floating Elekk plush below the decks.

Do you think the new trolls and humans will really feel new aside from the druids? I’m worrying about it already and I don’t even know for sure when they’ll be out lol all I know is I want to play a new alt of a new race yesterday I get bored easy.

I think the Kul Tiran Humans will, especially if they come with the different weight variants rather than just one male and one female variant. They’re very different from the Humans we’ve had for ages, and I think it’ll be obvious when you’re playing a Kul Tiran versus an OG Human.

As for Zandalari, I think not allowing Darkspear Trolls to stand upright in the way both OG Orcs and Mag’har Orcs can will help. At the end of the day, I really only ever play new races because I want to see their stories. Allied Races have some degree of this, but not quite the level of the Goblin, Worgen, or Pandaren starter zones.

… So it’ll be the Druid forms that do it for me.

That’s all for today!