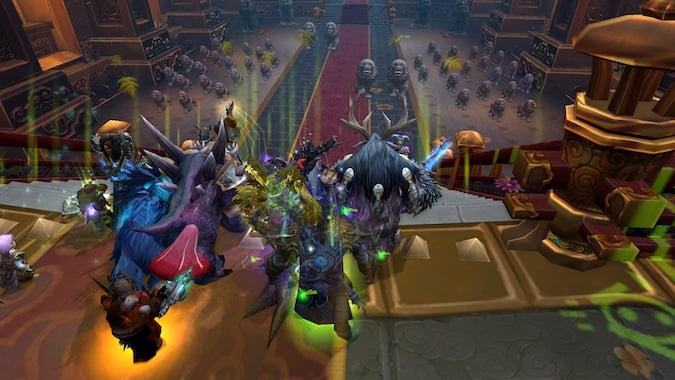 I’m a bit behind in my battle pet taming. I just finished taming in Nazmir and moved on to Zuldazar and Blizzard announces the next level in Raiding with Leashes. We’ll go into the first three Mists of Pandaria raids — Mogushan Vaults, Heart of Fear, and Terrace of Endless Springs — for the next batch. These are some seriously cute pets.

It has not been announced from which bosses the pets will drop but their images, datamined by our friends over at Wowhead, give us clues — and as always, anything on the PTR is subject to change. Mogushan Palace likely houses four new pets. Stoneclaw looks like a miniature quilen. Remember the achievement from Mogushan Palace; Quarrelsome Quilen Quintet? Every time I’ve helped people get that I’ve bemoaned the inability to get a quilen battle pet. Now I can get one. It will probably drop off the first encounter in Vaults — the four quilen known as the Stone Guard.

Also in the set are a Wayward Spirit which looks just like the bouncing wooden shields from Gara’jal the Spiritbinder and Baoh-Xi, a mogu statuette. There’s also an amazing stellar lion named Comet. In keeping with its constellation theme, it probably drops off Elegon. If you don’t have Elegon’s mount, this might spur you to run Vaults weekly for both of these. 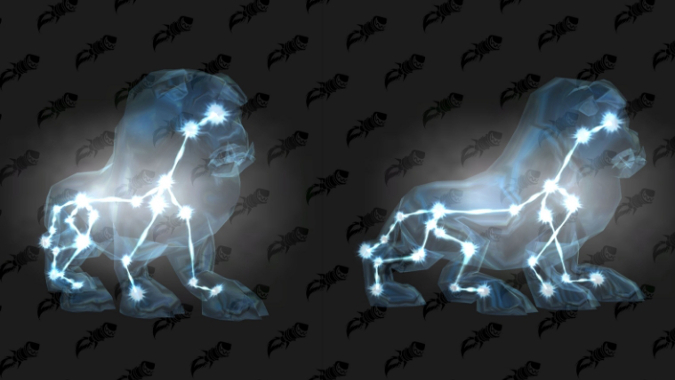 Moving on to Heart of Fear, insects are the theme. The first boss likely to drop a pet is Imperial Vizier Zor’lok. The pet assigned to him is a peach and purple colored wasp called the Amberglow Stinger. Garalon likely drops a kunchong aptly named Spawn of Garalon. A Kor’thik Swarmling — just like the swarms you fought off the wall — probably drops off Wind Lord Mel’jarak. Finally, an ooze called Living Amber would most likely to drop off Amber-Shaper Un’sok.

The final raid of the initial three which opened early in Mists of Pandaria is Terrace of Endless Springs. There are only three pets datamined from this raid which makes sense because it’s the shortest of the three. The first pet is a blue cloud serpent called the Azure Windseeker. It bears a good resemblance to Nalak on the Isle of Thunder. It probably drops from Tsulong. Lei Shi will probably drop the Spirit of Spring, one of the many elemental spirit battle pets from Pandaria. This one is orange in color. The Sha of Fear possibly has the Ravenous Prideling, a blue sha which you encounter during his battle, as well as in Siege of Orgrimmar prior to the Sha of Pride battle. 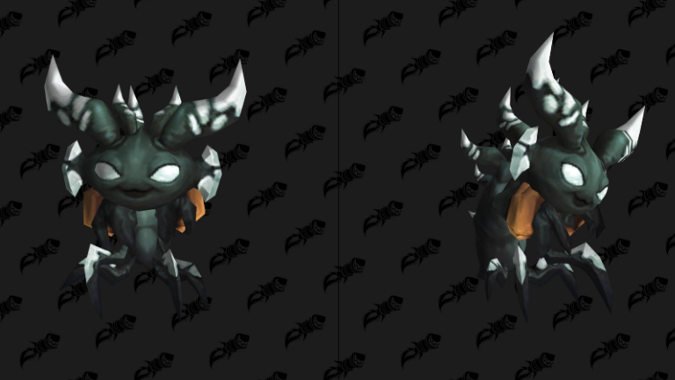 For completing Raiding with Leashes VI: Pets of Pandaria, you get the above Sha of Happiness. This is some serious cuteness here, and even better because it’s inspired by the community phenomenon, the Sha of Happiness. She roamed the countryside like her havoc-wrecking brethren, but instead of inspiring violence or pride, she encouraged players to believe in themselves, have fun, and pet dogs — or else! {◕ ◡ ◕}

All these raids can be solo’d by a level 120. My guild and I had such trouble with Mel’jarak — whom we nicknamed “Tornado” boss — that having a pet drop off him when we can easily kill him seems fair compensation for having to dodge tornados and horrible winds. While I’m behind in my Raiding with Leashes achievements, I think I’ll skip Cataclysm raids and jump right into Mists of Pandaria raids. Who wouldn’t want a Sha of Happiness following them around?