What happened to Before the Storm’s star-crossed lovers, Saffy and Grizzek? Patch 8.1.5 sheds light on their fates 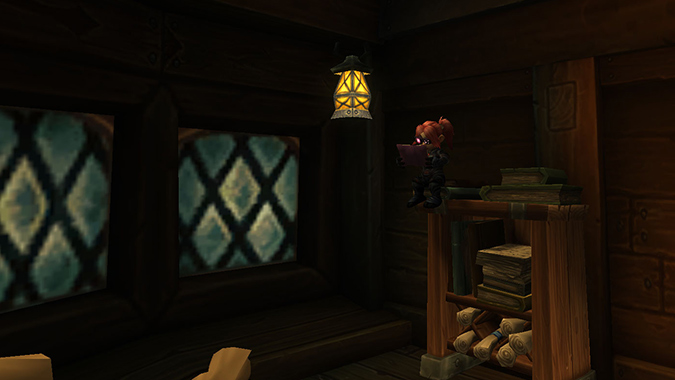 It’s been a while since we’ve gone back to Before the Storm, Christie Golden’s tie-in-novel to Battle for Azeroth. The book told the story of a fateful meeting arranged between members of the Forsaken Desolate Council and the families they left behind after they died. Anduin wanted peace, and the Desolate Council wanted to try and rekindle old ties. Oddly enough, despite this being a tie-in novel, as of 8.1 we really haven’t seen anything referencing the book, save for an offhand reference or two.

But that meeting between Desolate Council and Alliance ended in absolute disaster. Although the story contained a pretty shocking series of developments – and sealed away any hope of some kind of peaceful accord with the current Warchief of the Horde – it wasn’t the only story told in the book. And in patch 8.1.5, we’ll see one of the side stories picked back up again, albeit temporarily.

Please note: The following contains spoilers for events in patch 8.1.5 – if you’re avoiding spoilers, now would be the time to turn away!

While Sylvanas and Anduin were sorting out the details of the planned Gathering, Gallywix was hard at work taking advantage of the Azerite that captured the attention of both factions. To accomplish this, he tracked down one Grizzek Fizzwrench, a Goblin inventor who lived by himself in the deserts of Tanaris. Grizzek was originally a member of the Bilgewater Cartel, but unlike the rest of his fellow Bilgewater survivors, he didn’t care for the idea of joining the Horde – and he really didn’t care for Jastor Gallywix.

But Gallywix had plans for him. Grizzek was an incredibly talented inventor, and Gallywix wanted him to create Azerite inventions that could be used to give the Horde an advantage in the upcoming war. Grizzek didn’t exactly have a choice in participating, but he did throw out some stipulations for the agreement. First, he needed total freedom to dictate how he worked, what he made, and how it was used. Second…he wanted his old lab partner returned to him.

But she wasn’t just a lab partner. Sapphronetta Flivvers was a Gnome – and she was also Grizzek’s ex-wife. The two fell in love the last time they worked together, got married, and then proceeded to irritate the heck out of each other until they split up. After the divorce, Saffy took off and joined the Explorer’s League. And when the emergence of Azerite caught the Alliance’s attention, she was sent to Silithus to check it out.

Unfortunately, that’s also where the Horde found her, knocked her out, and took her back to Grizzek. Needless to say, Saffy wasn’t happy, even if Grizzek was happy to see her. She wanted nothing to do with him – until he placed a piece of Azerite in her palm. Suddenly overwhelmed by all the incredible possibilities unlocked within just that single tiny piece of Azerite, Saffy agreed to help out.

We found love in a desert place

And the two worked together just as flawlessly as they had before…which had the side effect of rekindling their relationship in the process. Working tirelessly, they produced all kinds of Azerite inventions for Gallywix – armor, building materials, useful items. But Gallywix didn’t want useful items, he wanted weapons. Only weapons.

Neither Grizzek nor Saffy wanted their inventions to be used to cause harm. So they came up with a plan – they’d escape out a back tunnel, set off a bomb on the way out that would destroy everything they’d created and leave Gallywix with nothing. If they were free, they could focus on creating the inventions they wanted – together. Just before they left, Grizzek proposed to Saffy again, and she happily accepted.

Unfortunately, two bruisers and their goons were waiting at the end of their escape tunnel – their plans had already been discovered, the bomb disarmed, and their inventions stolen. Saffy and Grizzek were left tied up on the sands of Tanaris, another bomb set to go off between them and kill them both. As they struggled to get away, Saffy confessed that Gallywix didn’t really have much to go on, despite his discovery of their plans. She’d destroyed their notes, leaving the Goblin leader with nothing but a few prototypes and some potions.

As the two struggled to inch their way from the impending detonation, Grizzek started to tell Saffy that he loved her – and the bomb went off. That was the last time we’d heard of the star-crossed pair.

Not exactly the happiest of endings, that. But there have been clues and little references in Battle for Azeroth, signs that the two managed to make their escape. In several Faction Assault quests, Alliance players use an item called Grizzek’s Rocket Hop, which has a tagline that notes it’s a combination of Goblin and Gnomish design. In Tiragarde Sound, players might also note the presence of two NPCs – an Unidentified Gnome and Goblin.

On Horde side, meanwhile, players are stuck with Gallywix’s Getaway Pack, cited as “A cheap copy of someone else’s design.” It seems as though the two not only got away, but traveled to Kul Tiras and work…if not directly for the Alliance, at least to help them in whatever capacity they can manage. And true to their word from the novel, the invention we use isn’t a weapon, it’s a useful item. 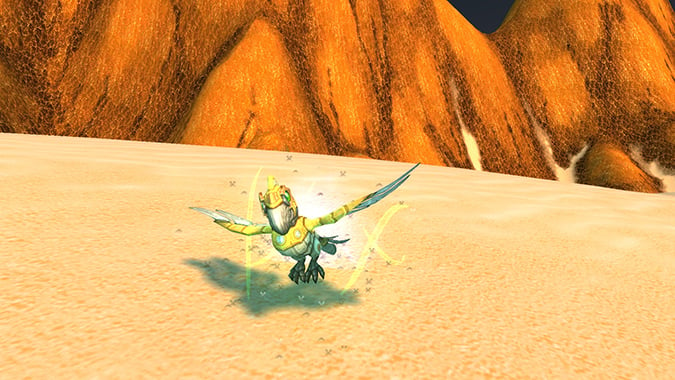 Their story continues in patch 8.1.5

In patch 8.1.5, we finally get some direct confirmation of their existence, and a conversation on top of that. Players can find Kelsey Steelspark in the captain’s quarters of the Wind’s Redemption. There, she’ll give a brief summary of what went down in Tanaris and mention that Alliance leaders had written her off as dead. But Kelsey thinks Saffy’s still alive out there somewhere, and wants you to travel to Tanaris and find out.

You don’t find Saffy — not directly. What you do find is the broken remains of her beloved robotic parrot, Feathers. In Before the Storm, Saffy claimed the parrot was hers, but it was later revealed that Grizzek and Saffy made it together, as a first anniversary present. Either way, the parrot isn’t exactly doing anything but lying there broken in the desert, so it’s up to you to fix the thing. Once that’s accomplished, you’ll be able to activate the recall subroutine that will send Feathers straight back to its owner.

And after a wild journey through Tanaris, you’ll eventually be reunited with Saffy and Grizzek, alive and well – and on the run. Being presumed dead has its advantages, allowing the two to hide and work on further inventions pretty much undisturbed. But if you could find them, others could find them as well. Saffy tells you to let Kelsey know that she’s alive and well – and no one else. In return, you get to keep Feathers for yourself. 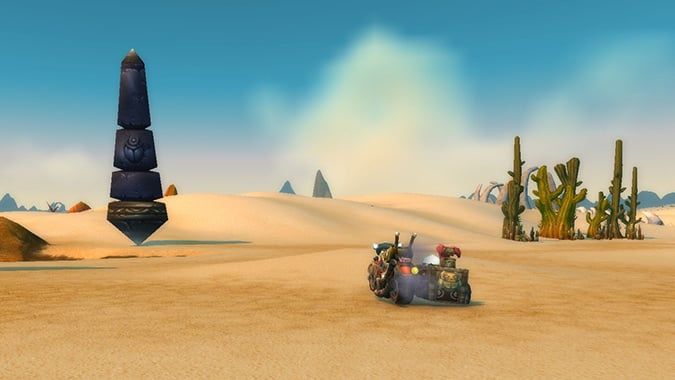 The last we see of Sapphronetta Flivvers and Grizzek Fizzwrench, they’re riding off to parts unknown across the desert sands. But this may not be the last we hear of them – Saffy’s on the hunt for a better lab to continue their research. And if Azerite is involved…it’s going to attract the attention of someone, eventually.

Saffy and Grizzek’s wild adventure was just a side plot in Before the Storm – the main storyline contained characters that still have yet to be seen. But if the Gnome and Goblin from the side story can make their way into Battle for Azeroth, it’s entirely likely other familiar faces will pop up in due time.

World of Warcraft doesn’t have the best track record when it comes to integrating novels within the game, but it feels like Battle for Azeroth is taking steps to make sure those characters aren’t forgotten, and that their stories will continue. You don’t need to read Before the Storm to get the general idea of what’s going on with Grizzek and Saffy – but if you have read the book, the quest suddenly has a lot more meaning. Let’s hope that this is a continuing trend…after all, we have a Menethil out there waiting in the wings, and I’d like to see what she’s been up to as well.