The Queue: The shadow on the wall tells me the sun is going down 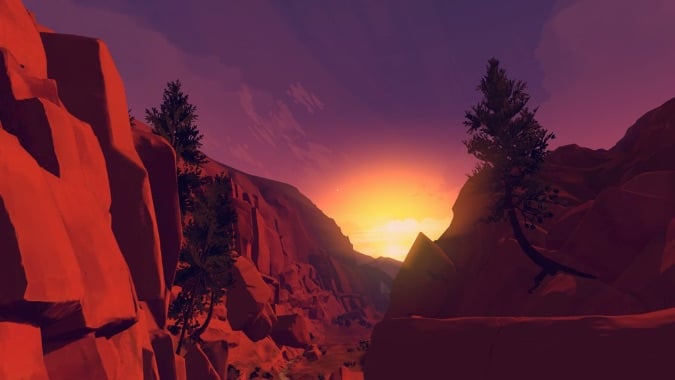 Happy Tuesday, folks! I hope your Monday was less exhausting than mine was. It wasn’t bad, mind you — just exhausting.

Anyhow, y’all were full of questions, so let’s say we Queue?

BUSCAVA’S QUESTION IS AS MUCH FOR ME AS IT IS YOU GUYS:

Q4TQ – What other games would you like to see on the Off Topic stuff / the future of the site?

I think Nintendo stuff would generally be pretty cool, but it would be great to see some Indy titles as well.

This is a question we’ll be using going forward to help guide content, and I’m curious what you all think. I know Rachelle is interested in writing about books, and Joe has expressed interest in writing about mini-figure making (pardon me if that’s the wrong name). Personally, I will probably lean toward other games I’m playing in a way that takes some of the things I’ve written before and extends them or takes them in a different direction. If I’m really in love with a movie or show, those are both probable (though less likely than games).

But again, I’m curious what you all want to see!

SPENCER MORGAN ALWAYS MANAGES TO ASK THE MOST INTERESTING THINGS:

Q4tQ: do we need a race whose activated racial is, “Vomit a cloud of stinging biting insects in a 20 yard cone”?

Isn’t that kind of what Carrion Swarm is? To a lesser degree, it’s a bit like Druids’ old Insect Swarm. Either way, if we got a weird cross between Dread Lords and the Wickerpunks of Drustvar, I’d be all for that. (They would be Horde, and I accept it no other way.)

For those of you who have never seen the terror that is Korfax, I leave only this video as evidence of his inevitable victory against any who might face him — Bolvar included.

We don’t stand a chance.

SAMANTHA IS CONFUSED ABOUT DEMON HUNTERS:

I took a WoW break and so I’m sorry if this has been answered but google isn’t being helpful :/

Q4tQ: What in-game/lore reason is there for Demon Hunters to be either Horde or Alliance?

I mean my understanding was these elves left to go with Illidan. I don’t know why some are night elves and some are blood elves, but basically they were all the same once right? And then Kael’thalas lot got addicted to magic and Tyrande kicked them out and there was the sunwell. So basically there are elves that are Demon Hunters, and I mean I understand that for game mechanics they have to be night elves/blood elves and faction-based, but what is the lore reason?

aka I love story and I’m confused.

I’m not quite sure everything you said about Elf origins is correct there (genuinely, I can’t remember where they came from… everything was once a Troll anyhow.) But as far as why Demon Hunters are allied with the factions?

…Okay, but for real, it’s one of those “gameplay > lore” things. The Illidari wouldn’t — in most cases — have a reason to pick one faction over the other. But since Blood Elves and Night Elves both are associated with specific factions, it would’ve caused a whole different mess of issues to have that change for one single class.

If you used Ariana Grande’s “Thank U, Next” to describe Jaina’s love life, how would you classify them?

RED LOOKS TO THE FUTURE:

…I’m kind of way more excited about the portal rooms than I have any right to be. After that, I’d say Kul Tirans (purely because of the Druids) > Remastered BGs > Zandalari. I’m kind of “meh” on the rest. I’m looking forward to 8.2 a lot more than 8.1.5.

LOTHARFOX, I HOPE YOU FEEL BETTER. EVEN IF YOU’RE NOT SICK RIGHT NOW. I HOPE YOU ALL ALWAYS FEEL GREAT:

Off-topic Q: When you’re sick and have a fever, do you “let it ride” (i.e. let the fever run its course to take care of the virus), or suppress it (i.e. take Tylenol or Ibuprofen because a fever can do more harm than good)?

I don’t really get fevers all that often. I generally take Ibuprofen, but that’s usually when my temperature is 101-102 F or more. If I — like, say, during this past week — have a cold and feel like I might have a low-grade fever but I’m too lazy to take my temperature and check? I’ll ride it.

…I feel like I should attach a warning to this: I am not a health professional, nor am I particularly great about my own health. Don’t look to me for health advice.

AUSSIEEEVEE, IS ANYTHING EVER TRULY GONE?

Lore question: But is the Burning Legion truly defeated? Or could they be back again sometime in the future?

Oh, they’re definitely not truly defeated. They’re leaderless — but that leader is imprisoned and decisively not dead. Plus, if we look at the Scourge, what are all the remaining demons doing? Even if we assume they don’t revive in the Twisting Nether anymore, there are still countless worlds out there that they have destroyed and rule over.

That said, I imagine it’ll be a while before Blizz brings them back in any major capacity. Look at what they’re doing with the Lich King and Old Gods and all that. There have been hints here and there for several expansions — seeds being planted long ago that we’re still barely seeing bloom. I’d give it two more expansions before we even see hints of that sort of thing for the Burning Legion — assuming Blizz even wanted to bring them back. They may not need to.

That’s all for today! May your Tues be days and your Queues be yays. Have a great week, all!