Okay, so if you’re really focused on the various professions in World of Warcraft, then the last couple of expansions may have felt somewhat disappointing to you. I wasn’t thrilled with Blacksmithing in Warlords, but I felt like it was still useable — I made myself a couple of nice axes with it for my Fury Warrior, for example. But Legion felt almost punishing in terms of the amount of effort I had to put in to craft anything and I quickly lost interest. Battle for Azeroth didn’t do a whole heck of a lot to rekindle that interest, either.

But in patch 8.1.5 we’re going to see a series of profession-centered quests that aim to change that. These Tools of the Trade questlines involve special items and some pretty significant lore in some cases, such as the Tailoring and Alchemy questlines. Speaking as a Blacksmith, I’m not sure that these by themselves will be enough to get my interest back as the sheer volume of materials needed to level professions in Battle for Azeroth has kept me sidelined. I’ve mostly funneled all my ore to my wife’s Engineer instead of trying to do anything with it myself.

If you’re interested in pursuing any of these quests once 8.1.5 comes out, you should start stockpiling materials and be ready to do some globe trotting, because the quest chains take you on trips across Azeroth, sometimes into places we may not have seen in some time. Thanks to the folks at Wowhead, we have a chance to dig in. 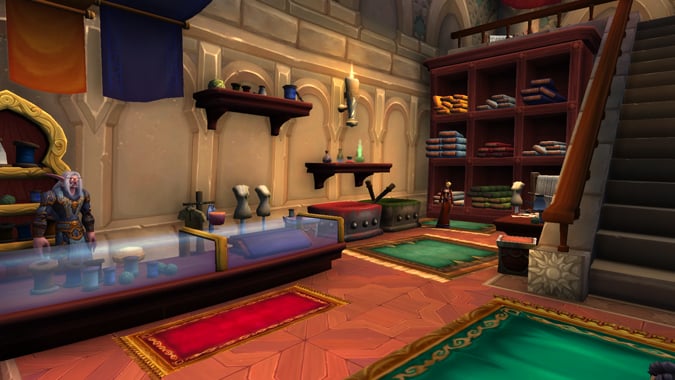 For Engineering, you’ll be completing quests in the Abandoned Junkheap to craft the Ub3r-Spanner, in a quest series that seems like it may well have implications for Mechagon in patch 8.2. It will also take you to Vol’dun and pit you against the Venture Company, but if you succeed you’ll be able to summon various mechanical constructs to aid you called Ub3r Constructs, including an enhanced targeting dummy, a robot dog, and a swarm of small bomblings to blow up on your foes.

Blacksmiths craft the Khaz’gorian Smithing Hammer, and the lore so far seems to involve heading back to Deepholm to deal with Therazane’s ire at us surface dwellers. Again. The hammer itself will allow Blacksmiths to repair a single piece of their equipment instantly and gives anything you craft a chance to have the Indestructable property, meaning you won’t need to repair it at all. I’m interested to see if we go anywhere besides Deepholm for these quests.

The Alchemy questline sends you all over Drustvar to create Silas’ Sphere of Transmutation, and it’s chock full of Full Metal Alchemist references. The interesting thing is that in addition to allowing you to interact with various cauldrons on Kul Tiras and Zandalar to gain flasks, it will have a random effect on a one hour cooldown to switch between four cool perks. These include a healing potion effect, a disguise, the ability to find and access teleport hubs and a boost to BFA crafting procs for Alchemy. I’ll be up front that this item feels a lot stronger than the Blacksmithing one.

Enchanters get a cool quest to find an ancient, somewhat body-deprived enchanter and help them in exchange for their enchanting secrets. It’s pretty neat if you’re into Drust lore and it rewards you with Iwen’s Enchanting Rod, which lets you take control of inert golems across Zandalar and Kul Tiras, plus gives yo more materials from disenchanting. While I feel like it, too, pales in comparison to the Alchemy item, the quest itself is super fun and has some nice lore implications. 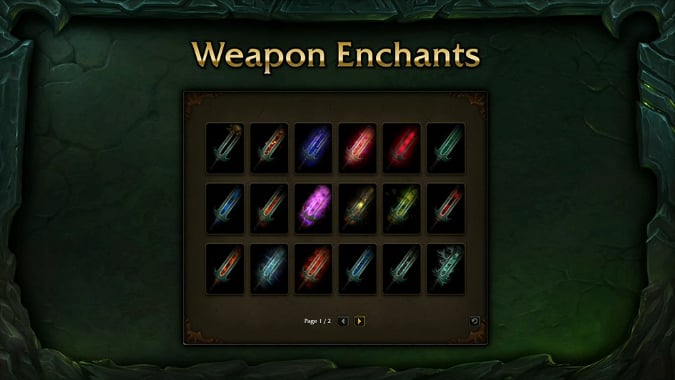 The Leatherworking quests are faction specific, with Tauren for the Horde and Night Elves for the Alliance. If you’re not a fan of the whole “They burned Darnassus/Oh yeah, well, Camp Taurajo” arguments, these may not be the most fun questlines for you, but nevertheless if you progress through them you’ll get the Mallet of Thunderous Skins, which grant you essentially a personal Drums of the Maelstrom on a long cooldown. This is not, to my eyes, a terribly compelling option. Keep in mind that you won’t be able to receive the benefits of Time Warp, Bloodlust, or Heroism after you use this because you’ll have the debuff.

For Jewelcrafters, we’ll see a trip to Alcaz Island which is giving me Classic WoW flashbacks… plus we’ll discussing some mild smut with a Tortollan. You’ll go to shrines, run some dungeons, go to Dustwallow Marsh and eventually get to delve into a mysterious vault (which Mitch told us about a while ago) to craft the Jewelhammer’s Focus. The focus will let you return to those shrines to create a geode of gems for yourself as well as extract a gem from a piece of gear without destroying it, which is pretty nice.

Inscription will get the Sanguine Quill of Lana’thel — and if you don’t remember, Lana’thel is the infamous Blood Queen of the San’layn we fought in Icecrown Citadel. We don’t know that much about the quest yet, but I’m hopeful it means Lana’thel may make a return to the… well, not living, she’s not doing that, but if we got to see her vamping around I’d be excited. I don’t actually know what the Blood Contracts are, but the pseudo-cannibalize feature of the quill is not particularly exciting.

In terms of the most fascinating quest chain, we have to give it up to Tailoring. There will be time traveling. There will be some time unraveling, some time mending, and in the end you’ll end up with Synchronus Thread. The lore here touches upon the Nightborne, the Infinite Dragonflight and more and while the Synchronus Thread itself doesn’t seem as cool as some of the other items, the lore here has big implications for the future of Azeroth. I’m tempted to roll a tailor. It’s that interesting.

Will it be enough?

Honestly, I really don’t know. This is a lot of content and it’s profession specific content so if you want to see these moments, you’ll have to have those professions and do the work to get there, which is an incentive we haven’t seen in professions in WoW before. None of these items are game changers, which means you don’t have to do these quests if you don’t want to or aren’t interested in them. We’ll see once 8.1.5 launches if this approach to professions will make players interested in leveling them again.

That said, I still think a few transmog options would have been nice as well. For a quick roundup of all the available items for patch 8.1.5 Wowhead has you covered, you can get a sense if you want to proceed with your profession or not.