If you were watching the Live Developer Q&A that Ion “Watcher” Hazzikostas and Josh “Lore” Allen did this week, you may have noticed that around the 34 minute mark on this recording they discussed leveling in WoW. And frankly, that discussion confirms to me that leveling in the game is really broken right now. They’ve tried various things to fix it: heirlooms, level scaling in zones, the ability to shell out cash for a boost to level 110. But none of that changes the fact that leveling a character from 1 to 120 just feels wrong — that the implicit power fantasy of hitting the next level just isn’t there. You don’t feel stronger or more powerful when the big gold light and loud musical sting goes off the way you once did.

Even someone like me who is about as anti-nostalgia as it gets has to be aware of this. When Ion is flat out saying It’s kind of an empty experience discussing leveling in the game, you know it’s broken. This is the Game Director of World of Warcraft telling you that leveling to 120 currently, especially the leveling done in older content, simply doesn’t feel meaningful. This isn’t someone like me whining about it in a column or an angry forum poster, this is the man in charge of the game and its direction. 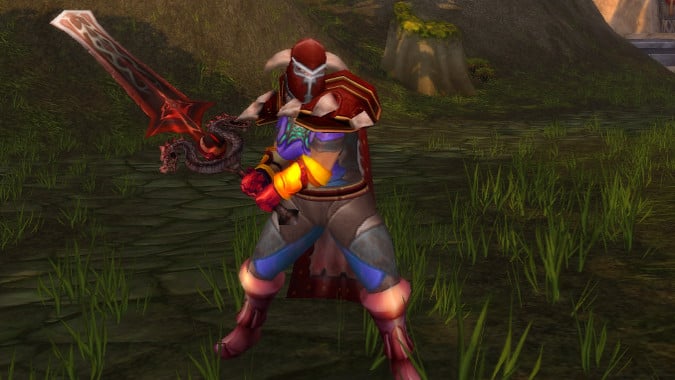 One of the solutions Ion mentioned being discussed internally very seriously is the idea of a level squish. The concept is a fairly simple one — just as we’ve seen item squishes over the years to keep the inflation of item power as we leveled in check, you would literally condense the 120 levels of the game as it currently stands. Here’s an example — imagine if to level through all the content currently in the game took you to level 60, not 120. So that the original WoW endgame was available at level 30, that you’d be around level 42 in Cataclysm, level 55 in Legion and would only reach level 60 right now in Battle for Azeroth. You’d compress the game down so that actually dinging a level felt more important — you’d be sure to get something, be it a new rank of a skill, a talent, what have you.

I have to be honest here. I personally think a level squish is inevitable by the next expansion. Otherwise, we’re looking at a level cap of either 125 (remember that Cataclysm and Mists of Pandaria each had 5 level caps) or 130 (Burning Crusade, Wrath, Warlords, and Legion all had 10 level caps, as did Battle for Azeroth). The problems people are talking about are only going to get worse as World of Warcraft gets older, and sooner or later we’ll have to see some solution to the issue of levels not feeling consequential.

How else can we fix leveling?

Of course, we could have other solutions.

New players could simply start higher, for example — we see this already with Allied Races starting at level 20. If everyone starts at level 20, or higher, you’ve effectively squished levels without actually doing it, a solution I don’t find particularly satisfying. When Monks were introduced in Mists of Pandaria, a daily quest the class can complete was put into the game so that they would level significantly faster than other classes. The buff, Enlightenment, lasts one hour and increases all experience gains by 50%. This certainly allows one to level faster, but it doesn’t actually make the levels themselves feel more important. It just lets you skip through them faster. We could have an expansion without any levels — it could still have new zones, questing, and even use reputation systems to gate us so that we can’t jump straight into the new raids and so forth. But in the end that’s still just kicking the can down the road for a bit — a new expansion without levels that uses reputation to keep us from immediately running all the new content is just making reputation the new XP mechanic.

I agree with people (including Ion) who feel like leveling in World of Warcraft has moved away from feeling important. You don’t feel like you’ve gotten stronger. Often you actually feel weaker when you level up, because the content scales to your level but you lose secondary stats due to needing more of the particular rating (say, Crit or Haste) to get 1% of a stat every time you level up. Adjustments to stat rating is necessary to keep gear you got at the end of one expansion from being the best for too long, but it still leaves you feeling weaker when you go from 112 to 113 and suddenly lose 4% Haste. Getting something new every level would help with that feeling, and having fewer levels in the first place would mean we wouldn’t need ratings to decay the way they do now.

I think we need to grapple with the fact that World of Warcraft has been out for fifteen years — that it started with more levels than it needed in the first place (seriously, sixty levels is a lot) and that every expansion has compounded this problem. But there are some serious issues to be considered when thinking about a level squish.

How do you do this without breaking everything?

By now, World of Warcraft players are used to a certain level of power as they level up. They’re used to being able to go back and utterly wreck older content, which means that any level squish needs to be careful so that trying to go back and farm Molten Core at max level doesn’t suddenly become wildly impractical. It also means you have to decide how quickly one can gain a level. You want leveling to feel important, and you’re going to get levels slower as a result, but how much slower before you’ve made it too slow for people? What’s the sweet spot between too laborious and too unimportant?

Also, there’s the psychological effect to be considered. It’s always weird after an item squish to log on and suddenly have way less health and do way less damage, even when they make sure to scale everything else so that it still dies about as quickly.  How is it going to feel to log in on patch 9.0.1 and suddenly be level 60 or perhaps even lower? Even if the game is properly adjusted so that stuff dies at the right rate and you still feel powerful at max level (which, considering the world scales now, will require some fine adjustments) will you be okay with suddenly seeing a 60 instead of a 120? And will all future expansions go with a 5 level increase instead of a 10 level one in order to keep from having to do this again any time soon?

There’s a lot to consider, but I definitely think if we don’t see a level squish next expansion, we’ll almost certainly see one after it. I just don’t think leveling in WoW can remain meaningful for every level if we’re looking at 130 or more levels.

Blizzard Watch is made possible by people like you.
Please consider supporting our Patreon!
Filed Under: Level Squish, Leveling, Wow Leveling
Advertisement