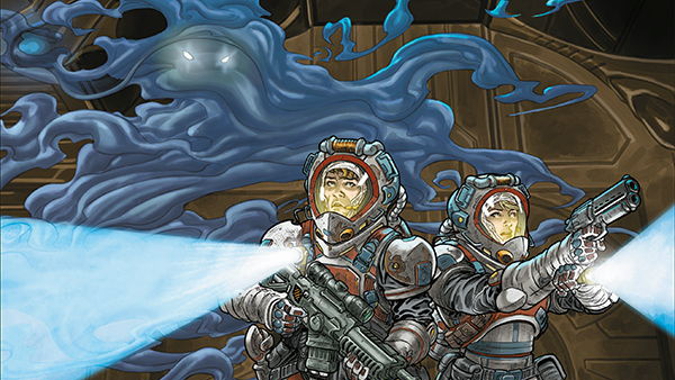 Well, we’ve heard the rumors and we’ve had time to process it: We’ve lost Ares, a potential StarCraft FPS game along the lines of the Battlefield series. By itself, that’s kind of sad, because it’s the second time that Blizzard has canceled development on a first-person StarCraft game after the infamous loss of Ghost back in 2006. I won’t pretend I’m not excited at the possibilities for both Diablo 4 and an Overwatch 2 with a PVE focus of some kind, but why does it always seem like StarCraft is the franchise that suffers so others might live? And if they’d kept working on Ares, what kind of game would it be? Would you be interested in a Battlefield-type game using the vast Koprulu Sector as its playground? What would that even look like?

Reading that they had a Terran Marine in testing and were considering playable Zerg, I find myself wondering just where this could have ended up. Would it have stayed along the lines of Battlefield, or would they have taken cues from other games? Perhaps something that combined the awesome mech piloting of Titanfall 2 with the excellent storytelling of Star Wars Battlefront 2’s Campaign Mode? Or would they have eventually gone whole-hog on the single player and first person and made it something entirely different? We’ll never know now that the game is dead before we even got it — a sad fate reminiscent of what happened to Titan. Then again, Titan gave us Overwatch, so in a way it’s fitting that the death of Ares may give us Overwatch 2.

But I still wonder — what could we have had? What would this “StarCraft in the Overwatch engine” project have led up to, had it been allowed to continue? What would an FPS StarCraft game look like, and is the franchise just doomed to never get that style of game? Would you have been excited to play it? Heck, what do you think it would have even looked like?