The Queue: Blizzard who? 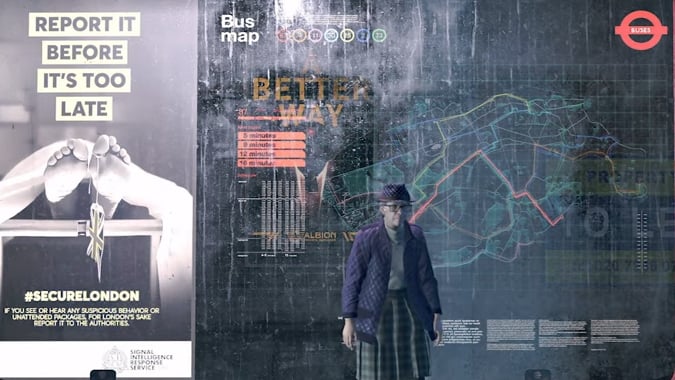 E3 is going on now, so I expected to be super excited about some new upcoming games this week. Final Fantasy VII, of course, maybe a few indies. I love oddball little indies — I’m pretty sure I have Annapurna Interactive’s whole catalog on my Steam wishlist at this point. What I didn’t count on was falling in love with Helen, but the heart wants what it wants.

Although I’m already making plans for my hacker granny murder squad, I’ll tear myself away briefly to A some Qs.

RED, I THINK? I NEVER RECOGNIZE PEOPLE WHEN THEY CHANGE THEIR AVATARS.

Back in Wrath, Death Knights could be either tank or DPS regardless of “spec”. You could be a Blood DPS or a Frost Tank. There were 6 possible “combinations”.

Q4TQ: assuming that there would be no extra balance issues for Blizzard (lol), would you like for that style of spec/role distinction to return to the game? Would you want to be able to pick “Holy” on your Paladin and go DPS, or “Protection” on your warrior and go Gladiator-DPS?

Where would you draw the line (if you would)? Would it be anything goes, i.e., heal as a Shadow Priest, tank as a Resto Druid?

I don’t think the extra balance issues are the issue per se, moreso than the talent trees by necessity then become somewhat simplistic. Yes, there are a few in-between talents, but if you look at DK talents from the Wrath era, each spec has three talent choices per tier. One is clearly tanky, one is clearly dps, and one is either an in-between boost like percent chance to hit, or it looks like a trap.

Furthermore, the way the current talent trees are structured makes real versatility in that earlier off-the-wall way a lot less likely. Though now a talent that would grant, say, increased dodge chance would be baked into a tank spec, it wouldn’t be in the DPS spec. Although those talents aren’t a great choice for a normal DPS player they’re fairly crucial for a hybrid build.

Would I like it if, regardless of balance, Shadow Priests could pull off a tentacle and toss it to a friend full of malevolent healing energy like the world’s worst brewski? Absolutely. But the second you start thinking the word “how” the moment has already passed. You’ll have to beer yourself a Disc spec.

Q4tQ: Would the complete removal of enrage timers make it possible for fun spec options (like talent trees) to return to the game? I’m bouncing off Red’s question below, but I really don’t feel the same ownership of my character that I felt in Wrath where I could choose to run a less-than-ideal spec if I thought it was fun or “me.”

If there were no enrage timers, the quantity of DPS done would cease to be a factor for all but those who like to min-max. Fights would be decided on mechanic-execution rather than rotation execution, meaning that people could play whatever they want and still contribute to the raid so long as they were paying attention to mechanics. The death of Recount seems a small price to pay for player individuality.

The current structure of talent trees is fairly unrelated to enrage timers, but it’s definitely related to the business in Red’s answer. The reason they got away from those things is because they were littered with whole lot of what the dev team thought of as sort-of junk talents, but in certain situations they let you build for off-kilter builds, with mixed success.

Whether this would be a good or bad thing for raiding depends somewhat on the temperament of your raid group. Do you all band together for a few memorable, giggly pulls when you want to do something wacky, or do you have That One Guy you just know is going to spec into Warlock tanking and then get super huffy when it’s not working, insisting that this should totally work, etc.

I don’t think eliminating enrage timers altogether would be the best solution, either. As others pointed out in the comments, the majority of raid teams would just shrug and pack the raid with healers. Conversely, without a rage timer if you have a couple of That One Guys, they may just stay there continuing a fight when it was a wipe for all intensive purposes like five minutes ago. You would’ve buffed and had another go by now, but Rambo just won’t say die.

However, I will say that there’s really no getting rid of Recount or a Recount-alike. If you choose an off-kilter spec and join a guild which doesn’t just throw warm bodies at the solution, eventually the jig will be up… though of course, your guildmates may choose to bring you along for the ride regardless!

Q4tQ: Are you excited for the Washington State DLC release for American Truck Simulator? Do you plan on getting it?

I have two warring states within me. One really, really wants to get this DLC and no-life it. The other side of me is responsible, sort of, and likes having cash to go buy ice cream or whatever.

Thus far the SCS Software has published their DLCs state-by-state. Though I would assume they would smush several of the smaller Northeastern states in a single DLC, but even so at $11.99 a pop over time I’m going to be out a whole buttload of cash by the time they all roll out, especially since most of the places I’m most looking forward to driving through are on the East Coast. Since the latest DLC is Washington State and I don’t have Oregon, this single DLC would effectively cost me $20. I also still have a ton of play left in the American Truck Sim I already have — though let’s be real that’s mostly because I’m an awful driver and don’t make money easily — so it seems silly to shell out until I get some more playtime in the base game.

That, and right now I’m lowkey obsessed with The Long Dark. I’m fickle.

RAZWICK ALSO WANTS TO EXPLORE MY FLAWS I SEE

This is a tricky one! My all-time favorite is probably the Baldur’s Gate series, but it really depends. I’ve had an absolute blast with everything from Little Big Planet to Super Mario Bros.

The thing is I haven’t actually purchased a new console in quite some time. I get the feeling there are a ton of games I’d probably love playing co-op with my daughter on the Switch, but we never bought one. She does like playing some of our older games, but, “wow mommy, this game is so old” gets a little grating when you know you could completely destroy her in Mario Kart but you’re trying to play nice. One of our favorites is the Bunny Hunt co-op minigame in Rayman Raving Rabbids. It shows FPS fundamentals while shooting bunnies in the faces with plungers. Stroke of genius really.

Like I said last 2BPE, I tend to heavily favor pets which are more obtainable, so on that alone I’d give it to the Turnip. Weakening Blow can also be used repeatedly, where Superbark has a cooldown. I’m not great at counting out turns. The Turnip can use Sunlight, which will increase the threshhold at which you can throw your trap.

That said, I frequently use my various corgis instead. They’re just too dang cute! I find myself favoring Corgnelius because there are a lot of Aquatic creatures out in the world, so sometimes the both elemental Turnip and Molten Corgi find themselves at a disadvantage.

Blizzard Watch is made possible by people like you.
Please consider supporting our Patreon!
Filed Under: American Truck Simulator, Helen
Advertisement