Seasons in World of Warcraft work differently than their counterparts in Diablo 3. Rather than an opportunity to start fresh on new characters and see how high you can get your Paragon levels, they simply mark a rollover for Mythic+ dungeon and PVP rewards. At the end of a season, PVP titles and mounts are given out according to your rank, and at the beginning of the season new rewards and improved gear offers a carrot to keep you playing.

Typically seasons will end with major patch releases as new raid tiers get opened. Battle for Azeroth is currently in the second season, but that’s coming to an end soon™.

This will mean an end to all players’ opportunities to earn seasonal rewards and titles, as well as the end of seasonal rankings for BFA Season 2.

For two weeks following the end-of-season, we will have an off-season. During that two weeks period, Mythic Keystone dungeons will still be playable using Season 2 affixes and rewards, but their seasonal achievements will no longer be available. In PvP during that two week period, players still queue for rated PvP and earn appropriate rewards, but the PvP leaderboards will be locked.

Good luck fighting to a glorious finish of the season!

We know that Season 2 will end with the release of patch 8.2, which also means that the patch is right around the corner. We’ll be jumping into the deep end of Nazjatar in no time.

But your chances to get Season 2 rewards are also dwindling.

For people who mainly do PVP, not much! The current season’s tabard rewards and titles will no longer be available. You’ll no longer earn the Vicious Black Bonesteed and Vicious Black Warsaber from winning rated PVP matches. It’s likely you’ll be able to get them still down the line with the general Vicious Saddles, but any new rated wins in Season 3 will go towards the new Vicious War Basilisks.

After Season 2 ends PVPers will have two weeks where your overall ranking won’t change. You could use the off-season as a break to try out new class combinations for Arenas or familiarize yourself with any class changes that came in the patch. Rest up though, because when season 3 starts, the climb begins again! 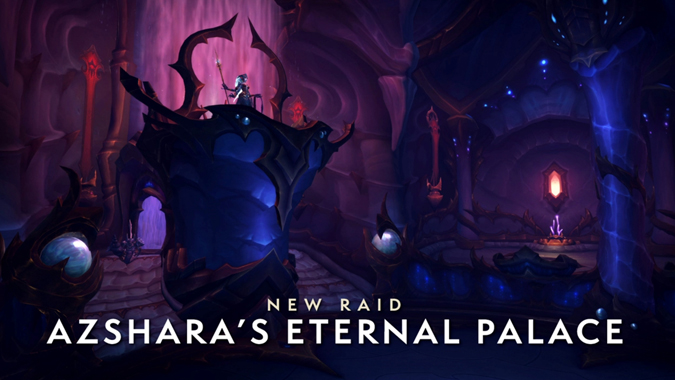 The big changes are for raids and dungeons

Azshara’s Eternal Palace and the Mechagon Mega Dungeon are part of Season 3, but just like PVP there’s a two week off-season. During that time, you’ll still be able to earn Ahead of the Curve and Cutting Edge for clearing Battle of Dazar’alor and Crucible of Storms on Heroic or Mythic difficulty — all the way up until the Eternal Palace becomes available. But unlike the Ahead of the Curve: Argus the Unmaker achievement, there’s no mount associated with these achievements — only bragging rights.

For people who like running their high-level Mythic+ keys, the Reaping affix will be going away. You’ll also no longer be able to get the achievements for conquering and mastering keystone dungeons on time in Season 2. No longer will Bwonsamdi taunt you when you die, or make the souls of defeated enemies attack you. The new seasonal affix is Beguiling and will feature minions of Queen Azshara sprinkled throughout Mythic+ dungeons. These are powerful emissaries who will drastically change how you approach pulls.

Beguiling is going to be a big change from Reaping. The new affix will be more single-target focused, as you’ll need to handle the Emissaries of Azshara quickly. There are three different varieties, each with its own annoying power.

I’m going to miss the Reaping affix. I liked it a lot more than G’huun’s Infested creatures from Battle’s first season. It wasn’t obnoxiously in your face and allowed you to do some extreme things like fighting your reaping waves at the same time as bosses. Beguiling looks like it’s going to require some clever pulls to make sure you don’t get a pack that’s too hard to deal with.

We’ll likely see patch 8.2 by mid-July at the latest. It currently isn’t flagged as a release build on the Public Test Realm, but the latest update wasn’t very large. I’m really looking forward to getting into the new raid, and can’t wait to take a jaunt through Mechagon. Until then, I still have a couple of dungeons to get my Keystone Master achievement.