Patch 8.2 comes with a great deal of new content, but most players are after just one thing: the ability to fly again. All it takes is completing The Battle for Azeroth Pathfinder Part 2 achievement. No problem, right? Except many players are getting stuck on raising their reps in Nazjatar and Mechagon to Revered. Below is my guide on the best way to grind out that rep based on my own experiences playing waaaaay too much over the holiday weekend.

There are two reputations here and which one you raise depends on your faction. Alliance works on Waveblade Ankoan rep while Horde focuses on The Unshackled. The key to raising these is a combination of completing dailies, bodyguard dailies, and clearing all the zone’s world quests every day. (Note: As noted in the comments, daily bodyguard quests don’t give Nazjatar rep. But when you hit certain benchmarks with your bodyguards like level 5 you will be given a quest that will give rep. Just wanted to be clear that the daily quests are the rep generator for the bodyguards.)

After that, there are only a few activities that will actively garner you increased reputation. Namely, killing rare mobs (50 rep each), killing the elite that spawns every 3 hours in the middle of the map (150 rep), and defeating Legendary battle pets in the zone for the first time (250 rep.) Also, there is a PvP daily that spawns every few days — the Battle for Nazjatar — that grants 500 rep whether or not you win, a weekly quest to summon a creature and defeat it in Mardivas’ Laboratory for 500 reputation, and Emissary quests that reward 1500 reputation.

If you are really behind on your Nazjatar reputation, you can always buy a Contract off the Auction House that will grant you 10 rep for every Kul Tiras and Zandalar World Quest you finish. Then go crazy and clear as many of those World Quests you can every day. 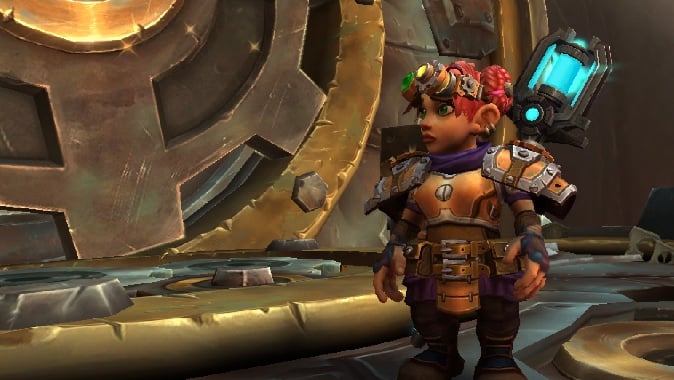 It’s much easier to raise Rustbolt Resistance reputation. After the usual running through the major quest chain as well as doing the dailies, there are at least four kinds of hidden dailies. These won’t show up on your map with their trademark blue exclamation point, but you can track them down if you know how.

The first kind of hidden dailies are NPCs that are available to everyone, you just need to know where on the map to find them. Often the NPCs at the landing spot for your faction will offer 1-2 quests, usually a “donate cloth/ore/fish” quest and a “kill x robots” daily. Another 2-3 hidden daily NPCs are scattered around the map and their location and quests change, well, daily. Make sure you scout the entire island or check out Wowhead’s post of active Mechagon dailies for your region.

The second kind of hidden dailies are in a dystopian alternate future of the island where King Mechagon has exploded a bomb that destroyed all flesh leaving only robotic constructs to survive. You can get there initially on the days Chromie is active on the island with her daily quest, The Other Place. Once there, you can knock out 2-3 more dailies offered to you. You can also kill mobs until the Blueprint: Personal Time Displacer drops. 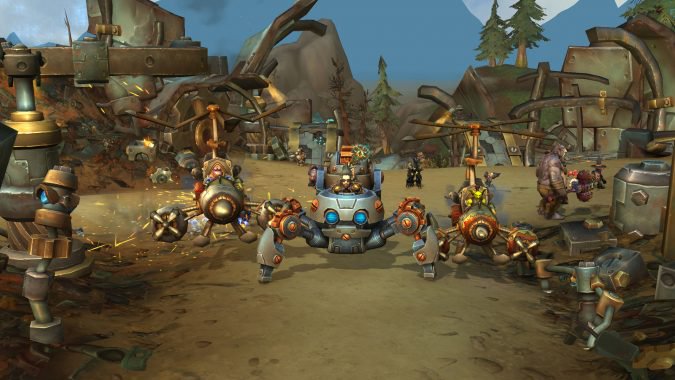 Using the Personal Time Displacer transports you to the alternate future on the days Chromie isn’t up. Once there, you can knock out more dailies including one that is only offered when Chromie’s quest isn’t active that starts when you kill The Rusty Prince (who is also needed for the Rest in Pistons achievement.)

The third kind of hidden dailies are only active when you are working on one of the main dailies. For example, on a day when the Pirates, Sea Monsters, Robots daily is active you are asked to head to the smaller islands off the west coast to find lost treasures. While there and have accepted this main quest, but not completed it, you will find two more dailies waiting for you. But without being on the main daily, these hidden dailies won’t show up for you.

The last set of hidden dailies involves fishing. Every day you can reel in 10 rare fishes around the island and hand them into Danielle Anglers for 25 rep each for a total of 250. That adds up every day and kicks in the achievement sequence that will reward you with the Hyper-Compressed Ocean toy allowing you to fish anytime anywhere. We have a full guide for this toy if you want to put in the time. 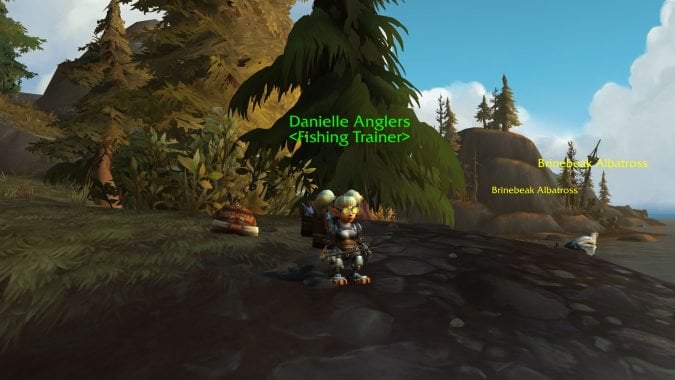 I also want to point out a daily that is on the map, that can be completed by farming, but alternately you can complete it by throwing gold at it. You can pick up the More Recycling daily in the Junkwatt Depot which rewards 150 rep. It asks you to kill the elite mobs at the depot until you loot 30 Hardened Springs, 10 Tempered Plating, and 5 Machined Gear Assemblies. You turn them in for the rep and some loot. But the secret here is that these items aren’t soulbound so if you don’t want to farm them or are just missing one or two turn-in items, you can head to your nearest Auction House and buy them.

On top of farming all the dailies, killing the rare mobs will net you additional rep. Every time a rare mob spawns, you will see a zone wide emote. The trick is to get there fast because they die quickly. If you don’t know where they are, just ask in General chat and have the Tom Tom addon loaded so you can follow the coordinates given.

To get to the mob in time, you’ll want an Anti-Gravity Pack active for a 20 minute flight buff. You can get one of these from a completed construction table on the days those are active or, if you are lucky, you can create your own if the blueprint for it drops for you from Rustfeather. Note that you can kill a rare mob as many times a day as you’d like, but they will only drop loot for you once a day and only grant reputation on the very first kill.

That’s it for rep gain in the new zones for now. Remember you can always buy Contracts off the Auction House or take advantage of the Darkmoon Faire reputation buff when the carnival is active. As you can see, it’s much easier to gain Mechagon rep given the number of dailies available. Nazjatar rep is going to go much slower given the fewer activities that grant reputation. In both cases, make sure you clear all the dailies.

If you don’t have a couple of hours a day every day for full daily clears, I recommend running Nazjatar through the week and focus on Mechagon on the weekends. (Note: Some commenters are correctly stating that completing the Mechagon daily World Quest should be a priority every day since it gives 850 rep. Take a look and see if it is quick to finish and if it’s worth your limited time. YMMV.)

If you know of any rep grind hints, tricks, or quests I missed, let us know in the comments below.