Why would you cheat in WoW Classic? 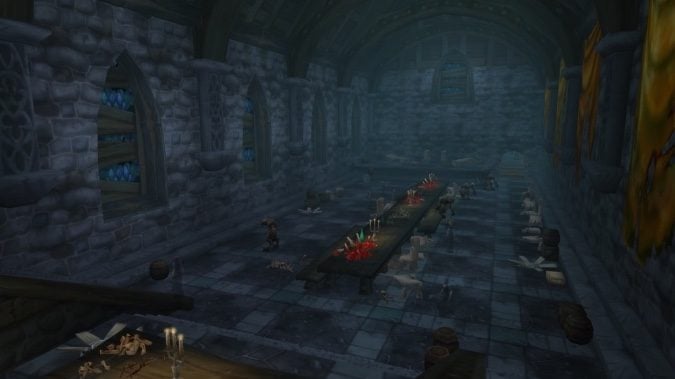 Maybe it’s just me, but I feel like if you went to all the trouble to play on a WoW Classic server in the first place, you’d want to experience the game the way it was back when all the content was current content. Instead, as soon as there’s a layering exploit, people are rushing to use it to farm up gold and rare drops. Kind of puts the lie to wanting the game to be harder if you’re deliberately circumventing all those trash mobs and farming for drops and gold off of bosses using an exploit, doesn’t it? I mean, maybe it’s me. I was never really all that invested in the WoW Classic experience because I already played this content back 15 years ago when it was both new and the easiest, most casual-friendly MMO on the market.

I mean, just ask any old EverQuest player what they thought of WoW. The phrase easy mode was bandied about quite frequently. But many players are holding WoW Classic out as some sort of return to a more difficult game, and then you’re going to exploit a bug to make it easy to farm a dungeon boss over and over again? That’s hardly in the spirit of things. But I’m sure there’s probably some compelling reason to do this.

There’s no good reason to cheat or exploit, and if you do it knowingly you should be prepared for the developers to take steps. That’s the part that really gets me, all the people who are arguing that there shouldn’t be punishments issued for exploiting this. I mean, if you know full well that you’re doing something that they don’t want you to do, what exactly are you expecting? What argument makes sense for that one? “Sure, I exploited your software error, but I only got to do it because it existed” doesn’t strike me as a winning strategy. I’m willing to read the arguments on either side, though. So let me know — why would you wait 15 years for a game to come out and then cheat as soon as you could so you could avoid playing it?

Blizzard Watch is made possible by people like you.
Please consider supporting our Patreon!
Filed Under: Bug, Cheating, Layering, Layering Exploit
Advertisement