What form should Patch 8.3 take? 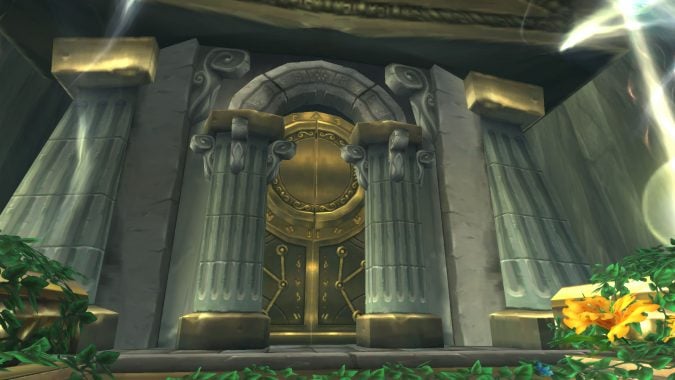 We’ve seen a few last patches over the years — from the Sunwell in The Burning Crusade to Icecrown Citadel in Wrath, from Dragon Soul in Cataclysm  to the Siege of Orgrimmar in Mists of Pandaria. Warlords of Draenor ended with the Hellfire Citadel, Legion took us to Argus and had us raid Antorus, and with Battle for Azeroth… we still don’t know what the end will look like or whom it will be against.

And that has me curious. What do you think this patch should be? How should Battle for Azeroth end, and in what form should that end come? Do we need another Argus-style mega patch, with three zones worth of end-game content, something like the Legion Assaults, a five-player dungeon and a raid on top of all that? Could we go quieter, something more like the Siege of Orgrimmar patch with the Timeless Isle and some world bosses in addition to the last raid? Must an end-of-expansion patch have a raid, or could we get away without one? What form should patch 8.3 ultimately look like? What should it do?

The War Campaign just ended, but what we won’t know — what we can’t know — is what patch 8.3 is going to be all about. And that fascinates me. I’d like it if it were somewhere between the end of Legion and the end of Mists — maybe not as enormous as Argus was, and perhaps we don’t need a dungeon, but some world bosses of some kind, maybe something similar to the assaults. And I personally think we need both an unfolding quest chain story and a raid instance to make it all cohere and fit together.

So what do you think? What should patch 8.3 look like?

Blizzard Watch is made possible by people like you.
Please consider supporting our Patreon!
Filed Under: Patch 8.3
Advertisement