Update: We wrote this post way back in 2018, but with the leak of new BlizzCon art of Bolvar as the Lich King, we think Bolvar’s story is worth revisiting.

Technically speaking, the Third War was when the creation of new Death Knights ended. Except in Legion, players are tasked with raising a new set of Four Horsemen. Obviously Bolvar – the new Lich King – is stuck up on the Frozen Throne in Northrend. So the task of raising these four new soldiers falls on your shoulders and you’re granted the power to fulfill that task. Presumably, it’s gone once you’ve finished reforming the Four Horsemen. And it makes sense, because at the end of Legion, your alliance with the Lich King is presumably over as well. It was a temporary arrangement, purely for the sake of getting rid of the Burning Legion.

We’d like to think this, anyway. But a closer look at Legion’s Death Knight campaign raises some disturbing questions. 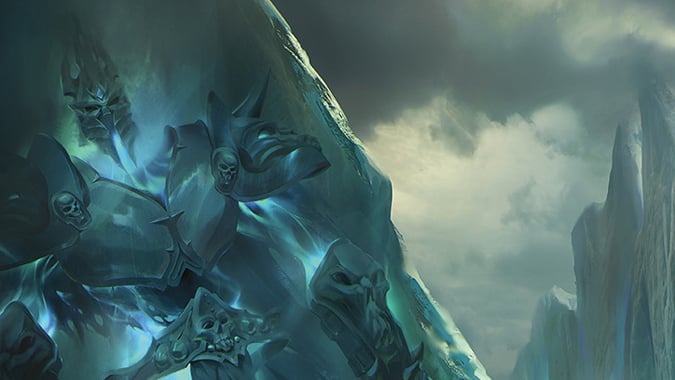 From Ner’zhul to Bolvar

Little wonder, then, that Bolvar would be just as set against the Burning Legion. Give Bolvar’s past, he has experience against the horrors of the Legion. But that helm that Bolvar took up at the end of Wrath isn’t just a piece of fancy headgear – it’s full of memories and visions. Bolvar points this out to the player during the quest for the Death Knight’s Class Hall mount.

So while we may think hey, it’s great that the Lich King is just as set against the Legion as we are, it might not be that simple. There are two schools of possible thought, here. First, that Bolvar Fordragon is still looking out for us. That the grim task he willingly undertook in Wrath hasn’t overpowered him. That Bolvar Fordragon, Highlord of the Alliance, is still doing some good.

The other is slightly more insidious. There are memories in that helm. There may be hatred in that helm. And if there are any lingering echoes of Ner’zhul left behind, they are quietly urging Bolvar to take revenge while he can. After all, he wouldn’t be wearing that helm at all, were it not for the Burning Legion. Without the Legion, the Scourge wouldn’t exist – and he would be a hale and healthy man. 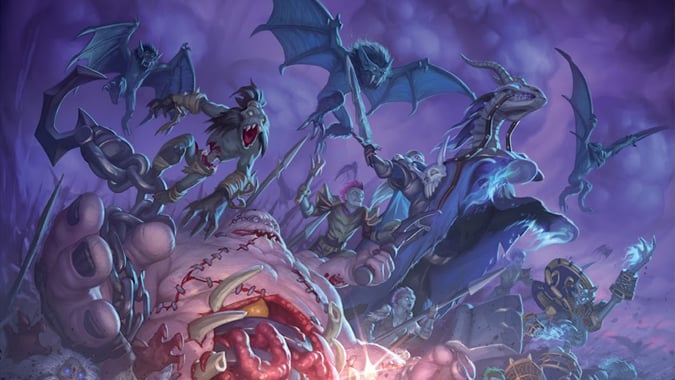 Is the Scourge still a threat?

After arriving on Azeroth, the Lich King set about the task that the Burning Legion had assigned. Working from within the chunk of ice on the Frozen Throne, he began forming a monstrous army of undead — and new death provided new souls and more power to command. Eventually, Northrend was riddled with Scourge. It was only once the Lich King had established control over most of the conteninet that he extended his telepathic reach south, in search of more dark souls to serve his purpose.

When Bolvar took up that Helm at the end of Wrath, it was the last we heard of him for years. All we were told was that there must always be a Lich King. Without a leader, the Scourge would simply run rampant. Bolvar’s job, then, was to keep the Scourge in check. He was strong enough to resist the Lich King’s corruption – unlike Dranosh Saurfang, he never became a Death Knight. Surely, then, he had the resilience needed to keep the Scourge at bay, right?

You’d think so. But it’s apparent, during the Death Knight Class Hall campaign, that the Scourge is definitely still being utilized. And during the Mage Class Hall quest for Felo’melorn, it’s made even more apparent. The Lich King tells the Mage champion that he will not interfere with the champion’s task. But he also makes it clear that should the Mage fail their task, they will be raised as Scourge – and Bolvar will do nothing to protect them from that fate. 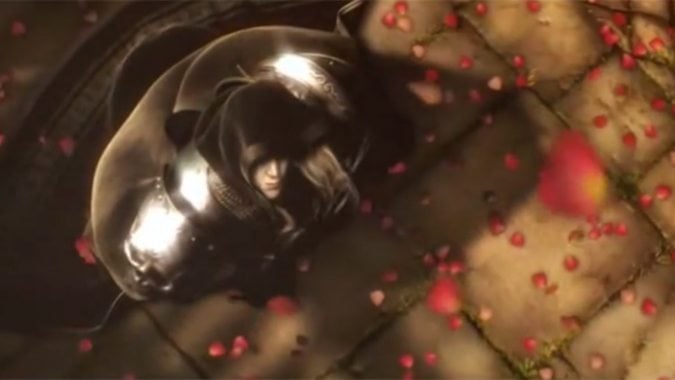 The latest champion of the Lich King

After the Lich King Ner’zhul established the Scourge, he continued to spread its influence south. In Lordaeron, he found the next thing he needed in his fight to free himself from the Legion: a champion to act as a physical extension of his will. He needed someone powerful to carry this out, and he found that champion in Arthas Menethil. Over the course of Arthas’ slow fall into corruption, he became the Lich King’s willing puppet.

Arthas thought he was doing the right thing. He was simply trying to end the Scourge threat. But as he continued to fight against that seemingly unstoppable enemy, his actions grew more and more erratic. He ordered the slaughter of everyone in Stratholme, plagued or no, in an attempt to prevent the spread of the plague. And then he traveled to Northrend in search of Mal’Ganis. There, he took up the cursed runeblade Frostmourne, and lost his soul in the process.

As a Death Knight of the Ebon Blade, player champions are in a unique place. They shrugged off the grasp of the Lich King, and sought vengeance against him. They have, to a degree, free will – the kind of free will possessed by the Forsaken. And they agree to an alliance with the Lich King, because it seems the right thing to do. The Lich King wants the Burning Legion gone, as does the Ebon Blade.

Except Bolvar grants the champion a powerful weapon, and gives the champion his blessing once that weapon is obtained. And the Lich King instructs the Ebon Blade to follow the Deathlord champion’s orders as if they were his own.

The Lich King has a new Arthas.

Is Bolvar hunting for vengeance?

Does Bolvar Fordragon still linger beneath that icy helm? Is his consciousness still present? Some signs point to yes. During the Death Knight Class Hall mount quests, the Lich King has a suitable mount for you to raise from the dead: the corpse of a red dragon. The Lich King points out that the bones of red dragons teem with the essence of life, even decades after they’ve passed. Of course, he’d be familiar with the unusual properties of the red Dragonflight – they were, after all, what made Bolvar into the creature he became after the Wrathgate.

Charred beyond recognition, a shell of himself, forced to live on thanks to the eternal flames of the red Dragonflight. Yes, they seared the plague from Angrathar – but they also kept Bolvar caught in a state between life and death. There was no way Bolvar Fordragon was going home after the Lich King’s fall. Taking the mantle of the Lich King was his last moment of service to Azeroth. Bolvar told Tirion, in those final moments, to let Azeroth know that the Lich King was dead.

He also told Tirion to let the world know that Bolvar Fordragon died with him.

There are those that still call the thing atop the Frozen Throne by Bolvar Fordragon’s name. But it’s becoming increasingly less likely that anything of Bolvar remains. The Lich King had no hesitation in ordering the Deathlord to add Tirion Fordring’s corpse to the ranks of the Four Horsemen. And the Lich King has no hesitation when he tells the player, with cold certainty, that should they fail to claim their new mount – should they fail to survive the task – he will claim Acherus for his own.

The Lich King only grows stronger

When Arthas ascended Icecrown, shattered the Frozen Throne, and took up the mantle of the Lich King, it was the last we heard of him for years. But our attentions were firmly focused elsewhere. We had other, better things to worry about. The Molten Core, Onyxia, the strange rise of Old Gods in Silithus, the re-opening of the Dark Portal, the Outland that lay beyond. It was almost enough. The Lich King almost won in Wrath – he was dangerously close to succeeding. If Tirion hadn’t managed to break free and shatter Frostmourne, he very well might have succeeded.

In Battle for Azeroth, our attentions are firmly focused elsewhere. We have other things to worry about – like the survival of our world. We defeated the Burning Legion, but there’s a giant blade in Silithus, a bleeding world soul, and factional warfare to concern ourselves with. No need to look to the frozen north.

But we may have made a fatal error in Wrath of the Lich King. The Lich King came close to succeeding, but he was ultimately defeated. And we put the one creature capable of withstanding the Lich King’s power on the Frozen Throne in his place. In doing so, we didn’t defeat the Lich King – we made him stronger. And there will come a day when we’ll deal with the consequences. It may not be in Battle for Azeroth, but make no mistake – the wrath of the Lich King will rise anew. Whether or not anything will remain of Azeroth to conquer…well, that’s a question we’ll have to wait for the next expansion to answer, first.