What’s your most outlandish BlizzCon prediction?

It’s almost time! The BlizzCon opening ceremonies are almost upon us. Soon we’ll find out what Blizzard has been working on these long months. Sure we have our predictions, and games that we can reasonably expect to see. But what else have they been working on? I don’t have a crystal ball — but I do have a tinfoil hat. Let’s start speculating wildly and see if we can get something right.

First, we know that battle royale as a genre is dominated pretty heavily. Trying to compete with the giants there might be a fool’s errand. They’ve all got the shooting, scavenging, and looting locked down. But how about racing? I want to see a grueling 99 person death race. Last car driving wins the Grand Prix prize. 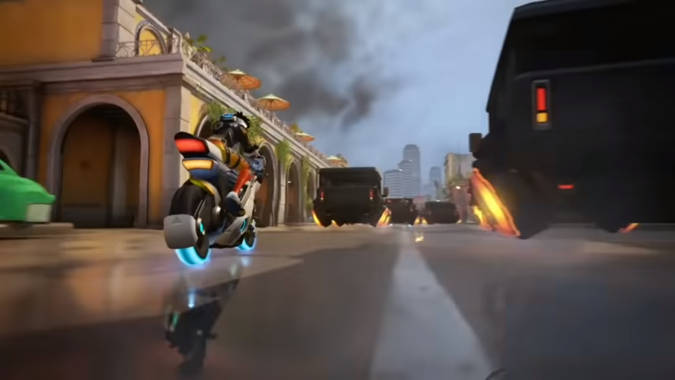 It wouldn’t be that much of a stretch to fit that into the universe of Overwatch. Cars are still present even if they don’t have wheels. And all of that high technology just lying around would really spice things up. Rockets, shields, and time-travel make for exciting races. You could have faction-based skins, and tie in with other Blizzard properties. Even though I’d never drive anything other than a Junker car, to truly capture that Mad Max feel.

Think of all the wacky game modes you could create. 3 on 3 deathmatches, soccer, mini-golf where your car is the golf ball! Think of the esport potential — by this time next year the inaugural season of the Blizzard Global Races Invitational could be up and running. I can almost smell the burning rubber.

Of course, if racing isn’t your thing, there’s could always the new Blizzard story-based games. Styled similar to the Telltale games Wolf Among Us or Walking Dead series, these would finally let us play through the events that help bridge major content drops. We could help put Garrosh on trial or be the sheriff of a small planet in the Koprulu sector. I loved playing through all of the Telltale games, and it really helped me see those universes in a different way. I’d love to have that same opportunity for Azeroth or Sanctuary.

How about you? No game is too outlandish, no IP too crazy. Is it time for the Lost Vikings to team up with Rock n Roll Racing in a wacky courtroom drama? Let’s hear it!