Descent of Dragons is a card set based around dragon cards and the ongoing battle between the League of E.V.I.L. and the League of Explorers. It’s similar to the way the classes aligned with the various crime houses in the Mean Streets of Gadgetzan card set.

The League of E.V.I.L. is represented by the five classes associated with their characters (Priest, Rogue, Shaman, Warrior, Warlock).  Their cards and mechanics are centered around resurrecting Galakrond. They’re opposed by the League of Explorers and their associated classes (Druid, Hunter, Paladin, Mage). 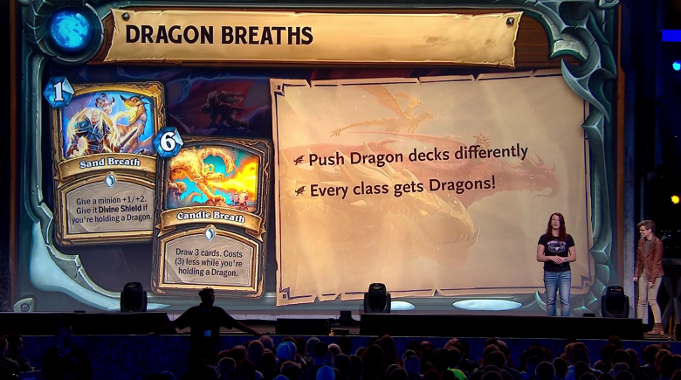 The most famous of dragon attacks is the breath weapon, though Vizzini would remind you that tail swipe is only slightly less well known. Both the League of E.V.I.L. and the League of Explorers have access to breath weapon cards, which are spells with an additional effect if you have a dragon in your hand. Here are the ones we know about so far: 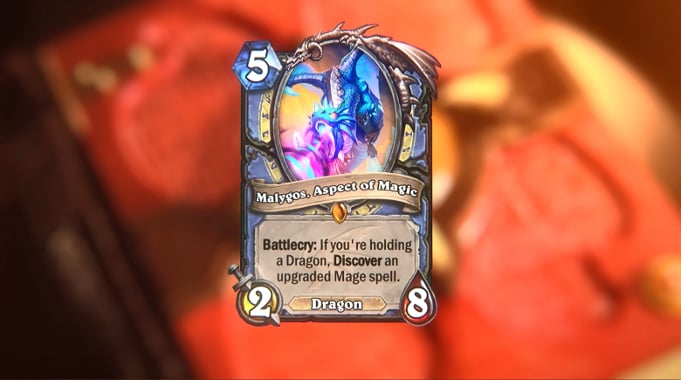 Every class, regardless of affiliation, receives a Legendary Dragon. We saw Ysera, Unleashed in the Opening Ceremonies, and it’s now been confirmed that her seven Dream Portals simply summon a random dragon. The developers showed off three other Legendary Dragons: Malygos Aspect of Magic,  Deathwing Mad Aspect, and one called Waxadred. One of these things is not like the other. 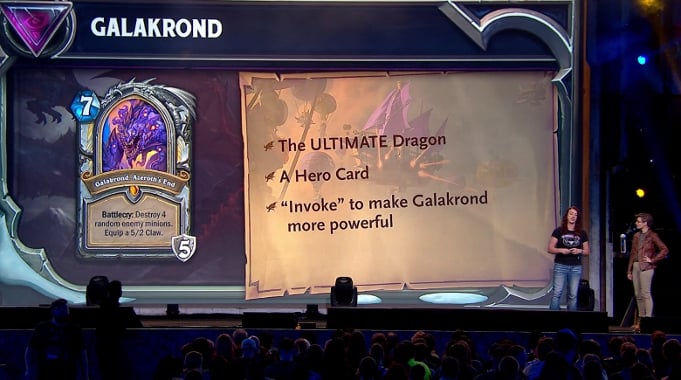 Galakrond really is the ultimate dragon

Galakrond is a Hero card that gets more powerful as you play cards with the new Invoke keyword, which upgrades him whether he’s in your hand or deck. At first, I thought of it as similar to Inspire, but it’s more like the C’thun mechanic we saw in Whispers of the Old Gods. Like Old Gods, every player who logs in during the release of Descent of Dragons will receive the Galagrond Legendary card for free. Galakrond is available to five classes and you’ll get all five versions for free.

Each flavor of Galakrond supports the general play style of the class, but we’ve only seen three so far:

Each Galakrond has three levels and you have to play two Invoke effects to level him up each time. The effects go from 1 to 2 to 4. That means 1, 2, or 4 cards drawn, minions destroyed, or demons summoned depending on your class. 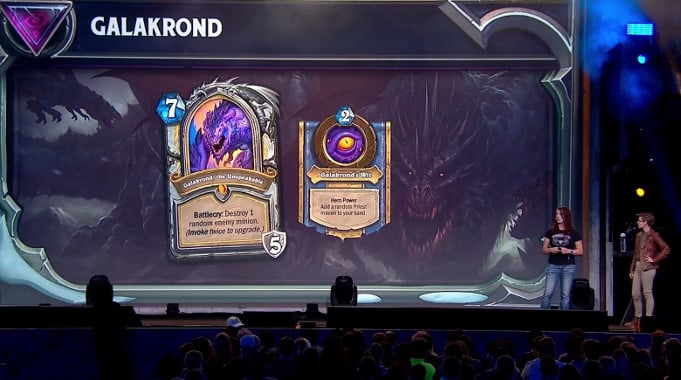 The Galakrond Hero card also has new Hero Powers for each class. The Hero Powers reinforce the theme of the class.

The Hero Power effect is also triggered (or Invoked) when an Invoke card is played. If you’re a Priest and you play your Shield of Galakrond, you get a 4/5 Taunt on the board and a random Priest minion added to your hand. There are also cards triggered off Invoke, like Fate Weaver. If you’ve Invoked two times, it reduces the cost of the cards in your hand. 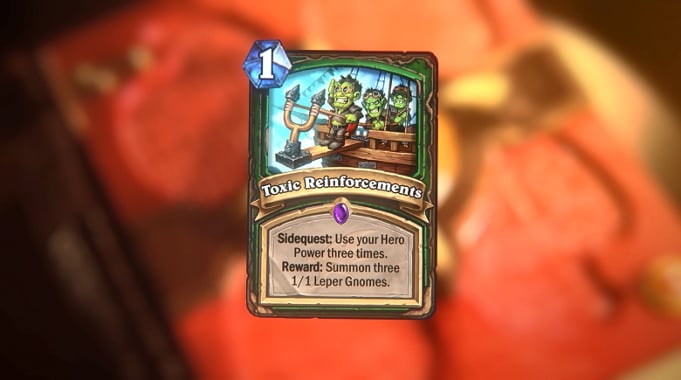 Side Quests and Dragon Explorers

Side Quests are similar to the Legendary Quests introduced in Journey to Un’Goro and Saviors of Uldum. They are not Legendary, meaning you can have multiple copies of them in your deck. They also don’t start in your mulligan (opening hand), but each is short enough that you should have a decent chance to complete it regardless of when it’s drawn.

We only know about a couple of these so far: 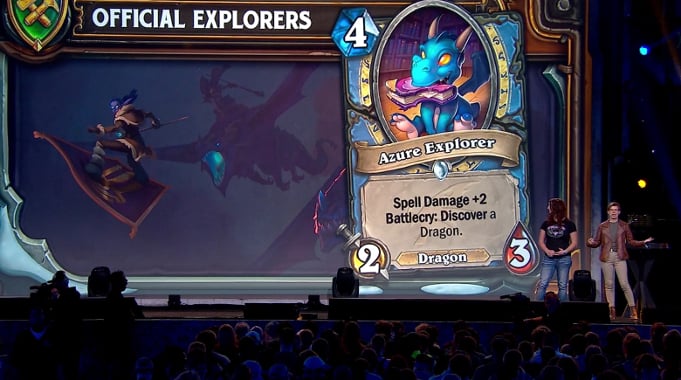 Dragon Explorers are dragon tribe minions. Each has an effect unique to their class, but all have a Battlecry of “discover a dragon.” The Mage Dragon Explorer has Spell Damage while the Hunter one has poisonous. These cards should help the consistency of the cards which trigger off of having a dragon in your hand, like the breath weapons.

Through Galakrond, the breath weapons, and the Side Quests, the developers are attempting to give each class a general theme or identity. Paladin is more midrange focused. Rogue is looking to shuffle. Hunter is all about going Face. Priest is more Control/Value based. Warlock is aggressive Zoo.

Whether Team 5 is successful will depend on how well each theme fits in the DoD meta. Based upon past experience, they will be some clear winners and losers. Because Galagronk will be free to everyone, I expect you’ll see more experimentation with his decks early on.

Blizzard Watch is made possible by people like you.
Please consider supporting our Patreon!
Filed Under: Descent Of Dragons, New Hearthstone Cards, Side Quests
Advertisement