Who is Rathma? Well, if Lilith is the first mother and co-creator of Sanctuary, Rathma is the proof of concept.

The first child, one might call him, offspring of Lilith and Inarius. Rathma was born Linarian, created by the union — and some have even said the love — between those two rebels from the Eternal Conflict after they had used the Worldstone to create Sanctuary. We must remember that Sanctuary was made as a hiding place, literally a sanctuary. The world was a place for those tired of the Eternal Conflict to evade the eyes of both angels and demons, so they could finally stop fighting. At least, that was Inarius’ intention.

Lilith, however, had another idea in mind. Namely, that the union of the rebellious Angels and Demons that originally joined her and Inarius in stealing the Worldstone — also known as the Eye of Anu, the last remnant of the primal creator of all things who split itself into Tathemet and the Diamond Warrior Anu and created Heaven and Hell with its death — could create beings with power far beyond that of either faction. 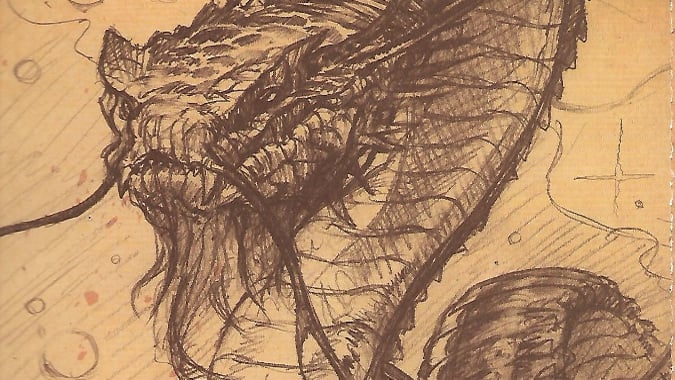 Born of both heaven and hell

And Linarian was the proof, the first Nephalem. He was not the last, however — entities such as Bul Kathos and Fiacla Gear followed, and Deckard Cain once speculated that there were at one time thousands or even tens of thousands among these first generation Nephalem. Their arrival heralded much discussion and fear among the angels and demons who’d sired them, as they soon realized that the Nephalem would in time exceed them in power. So afraid, they discussed destroying their own progeny before their growing might caught the attention of the Eternal Conflict and drew the demons and angels to Sanctuary.

Lilith disagreed, and slaughtered those that threatened her offspring, her entire reason for joining forces with Inarius in the first place. But she did not anticipate that Inarius would use the power of the Worldstone to banish her and cause subsequent generations of Nephalem to be weakened until they were all born as mere Humans. Bereft of their cosmic power, the birthright of their angel and demon heritages restoring the power of Anu so long divided. Only the Worldstone itself, creator of Sanctuary, could suppress them.

Keeper of the balance

Linarian spent his years in contemplation of Sanctuary and its mysteries, and learned much from Trag’Oul, the dragon of balance. He came to view both Light and Darkness, both Heaven and Hell as threats to Sanctuary and his own father as a force to be opposed for his role in banishing Lilith and causing the removal of the Nephalem’s birthright. But he also opposed his mother during her return to Sanctuary during the Sin War, when she weakened the Worldstone’s prohibition and caused Uldyssian to gain his birthright as a Nephalem. He even chose Uldyssian’s brother Mendeln as the first of his followers, the Priests of Rathma. The order of Necromancers that exists in Sanctuary seek to uphold the balance and keep either Heaven or Hell from threatening Sanctuary, and their take their name from Rathma himself.

The Priests of Rathma, disciples of Mendeln, see Rathma much as they see Trag’Oul: as an enormous serpentine being. It’s unknown if this is the form he currently uses, but he was born as a humanoid being with pale skin and black hair, wearing a cloak that moved in response to his thoughts.


But is this actually Rathma?

With the coming of Diablo 4 there’s some discussion as to who the figure is that causes Lilith’s return. Could it be Rathma himself? If so, why is he aiding his mother, when he has opposed her in the past? If it is Rathma, it would be likely that he sees Lilith as the best of a series of bad options, with the forces of Heaven having sealed themselves away from Sanctuary and the seven evils loose in the world. Lilith sought a world where her offspring would eventually defeat both Heaven and Hell — perhaps Rathma sees that outcome as the best possible path towards the survival of Sanctuary as a whole, after the events of Diablo 3.

That’s a pretty big if, though, and we have no idea who that figure in the cutscene actually is, or what their purpose is. The language of the incantation used to free Lilith keeps mentioning the number three, which makes me think of the Cult of the Triune, worshippers who see Belial, Diablo, and Mephisto as gods. Is that figure a member of the Cult? A priest of Mephisto, Lilith’s father?

We don’t know, and we likely won’t know until the game is released. But we do know that the answers are coming. For now, Rathma remains a wild card, the first Nephalem, son of the First Mother of Sanctuary — but he may not be on her side.