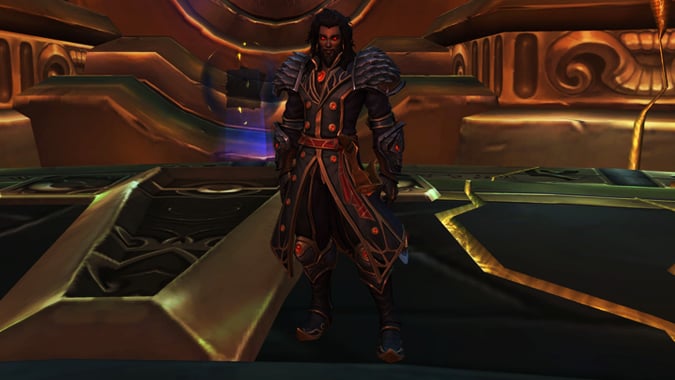 On the patch 8.3 PTR, a new item popped up in datamining that could allow players to add a socket to any piece of gear that does not already have any sockets. Called Gouged Eye of N’Zoth, it looks to be an upgrade item available for sale from Wrathion, who functions as a new vendor inside the Chamber of Heart. Wrathion will sell certain items to us in exchange for Corrupted Mementos, a currency related to the Horrific Visions scenario.

Wrathion is our main point of contact for traversing Horrific Visions, and he’ll also help us create a legendary cloak to aid in resisting the onslaught of N’Zoth’s mind. Right now he has few items for sale — Vessel of Horrific Visions, which will be used to enter the Horrific Visions, the socket upgrade, and a new mount — but it’s also likely that we’ll be able to purchase the Horrific Cores used to upgrade our cloak further.

What this could mean for progression in patch 8.3

Adding a socket upgrade is interesting, as it’s a way for players to increase their power while also customizing their gameplay. Sockets have been obscenely powerful this expansion — due to their rarity and the value of secondary stats for many DPS classes — so much that Benthic gear with sockets was considered best-in-slot for DPS. Adding sockets could end up as huge upgrades for those players and make regular gear more enticing and powerful.

When new raids come out, there also tends to be a system that will allow for gradual nerfs. We saw this before with the previous legendary cloak as well as Valor upgrades. The Gouged Eye of N’Zoth may end up being a form of raid nerf for progression depending on the rate you’ll be able to acquire Corrupted Mementos. Obviously people won’t be able to buy a ton of these right off the bat, but they may become more accessible as time or progression goes on. If so, it would be a way to upgrade gear and make it more powerful, kind of like those Valor upgrades. It works to add power to consistent raiders without having to make a sweeping nerf on the raid. Though they may end up doing that eventually. However, doing it this way also adds a boost for raids to get over bottlenecks or particularly difficult fights. 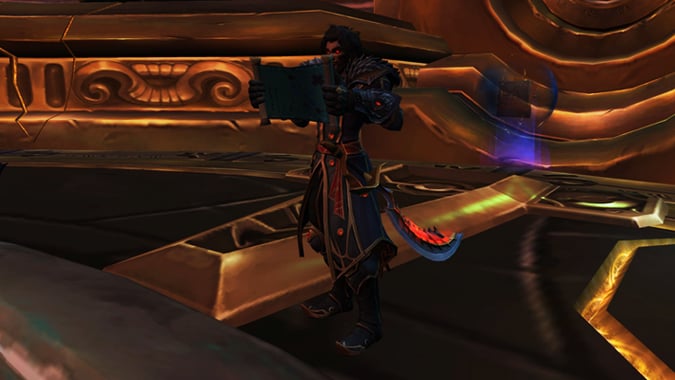 It’s hard to gauge how expensive this will actually be, since we don’t know the rate of acquisition or confirmed sources. The cost on the PTR is 25,000 Corrupted Mementos. That seems like a lot, but the Wicked Swarmer mount costs 100,000 Corrupted Mementos. For comparison to previous expansions’ currencies, Reins of the Corrupted Dreadwing from Warlords of Draenor cost 150,000 Apexis Crystals and I still have 154,000 left over even years later. Likewise, of Nethershards from Legion, I still have almost 67,000.

Whatever the case, we’re sure to earn quite a bit as we go. Ashjra’kamas can be upgraded 15 times and we’re expected to to kill N’Zoth several times in the process, so we know it’s intended to be a farm-able thing. For the majority of players, I expect they’ll save up Corrupted Mementos for the mount. It seems the Gouged Eye of N’Zoth will be there for those who want to min/max or have excess Mementos sitting around begging to be spent.