With Phase 1 officially completed, how is your WoW Classic journey going? 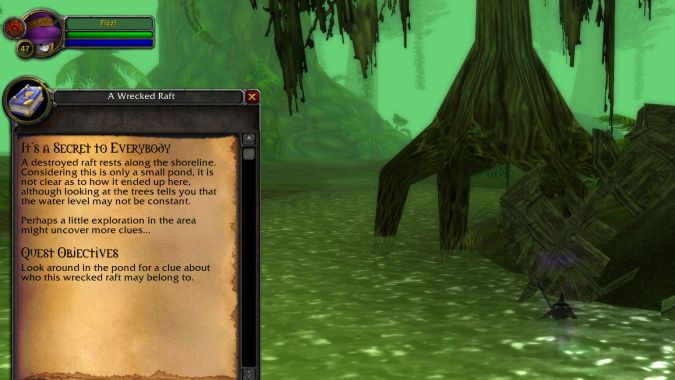 Last week, Phase 2 finally landed in WoW Classic, bringing with it World Bosses, the PVP Honor system, and… well, no Keyring like many people expected/hoped for. For players on PVE servers or anyone who’s not max level, Phase 2 probably just feels like an arbitrary name for the game they’d already been playing. But for me, it’s a reminder of how much more I’d expected to have done in Classic by this point.

“As long as I hit 60 by the time the Honor system is in, I’ll be happy.” That’s what I told myself when Classic first released and I realized how much of a grind it was still going to be. But lo and behold, the Honor system is here and I’m only level 47. It’s a stark reminder of how much more of an inherent grind the game is than I expected and of how much less time I have to dedicate to something like Classic nowadays. But you know what? That’s totally fine with me.

I didn’t hit my goal, but I’m still enjoying every second of Classic. No, it’s not the type of game I’d want modern WoW to become (barring maybe a few aspects here and there). It’s still a fun game in its own right, though, and I’d be doing myself a disservice to dismiss that fun just because I didn’t hit a goal. Moreover, not hitting the goal has made me realize that, hey, maybe I won’t do all the end-game content I would like to do — and that, too, is okay. I’m seeing the old zones I loved, feeling good about making even a single gold, and melting faces just like the good ol’ days.

So that’s where I’m at with Classic. It’s been a mix of expected and unexpected, and I’ve ultimately not hit the goals I’d set for myself before it released. But I’m still very much enjoying the game. I’d like to know where you all are in your Classic journey, though. Did you start and give up? Get sucked in way more than you expected? Right on course? Or are you in a completely different camp you’d love to talk about? Sound off below!