How would you improve one of Battle for Azeroth’s boss fights? 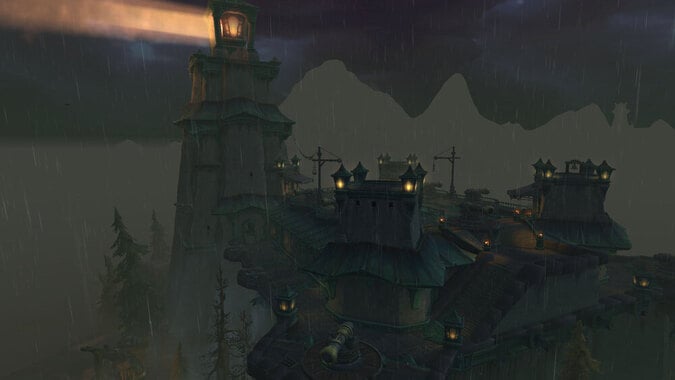 There’s always one of those fights in an expansion, something that no matter how often you beat the boss just feels off. Maybe the fight has some mechanics you can ignore or something that doesn’t quite seem to fit thematically. Maybe there’s something about the room they fight you in that could be different. There have been plenty of moments where a fire attack blends in with a coincidentally very orange floor and we wind up standing in the bad stuff. For me, that’s Knight-Captain Valyri in Tol Dagor.

I like her thematically, and the mechanics as laid out are interesting. It’s a great example of choosing between dealing damage and taking care of dangerous mechanics. Having to move the barrels either out of the way of her fire attacks or at least to a place that won’t be as dangerous is a great way to have the fight challenge your group. What I don’t like is the room itself. You’re trapped in a munitions depot — which does explain the presence of all of those explosive barrels — but it’s terrible for camera angles. I like to play pretty zoomed out so I can see what’s happening around me, and that’s just not possible in there. I also think it’s counter to the design goal of the fight to have the room be right angles, but the barrels explode in circles. So many times the fight just ends up being the group stuffed into a corner and hoping that the barrels land far enough away that you’re safe.

I’ve been trying to think of how to make the encounter better, and I’m pretty sure that the fix is to put the fight outside. Have it take place on a gyrocopter pad on the edge of the Tol Dagor jail. gyrocopters have been a thing since Warcraft 2 so there’s no reason the Kul Tirans wouldn’t have access to them, plus it could make for easier high-value prisoner transfer to Boralus. Then we would solve the issues of the walls and ceiling getting in the way of camera angles, at least. Having a circular room could make it so there would be no place to hide from exploding bombs. You’d have to engage with the fight as designed. And when you needed more barrels dropped off, you could just have them deposited by a gyrocopter, or Valyri could do it herself with magic — she does seem to be a Mage after all. And how great of an image is five heroes fighting against the wind and rain while dodging explosions on a prison helipad?

So lets put on our amateur encounter designer hats. Is there a fight you would change to be easier, in this tier or from raids past? Is there one that you think doesn’t provide enough of a challenge, but could with just a tweak? Do you think that there are just too many things happening in the Za’qul fight?