Look. It happens to all of us. We get older. Our lives demand more and more of our time. We can’t spend sixty hours  a week playing Breath of the Wild, and the times we can play games, we’re only able to put in a few hours at a time. It’s one of the reasons Christmas is a big deal for some of us — not only do we get to catch up on games we haven’t already picked up, we also get a day or two of uninterrupted gaming time, which is really hard to squeeze out of busy lives dealing with jobs and family issues.

Face it, the real reason we can’t play World of Warcraft the way we did back in 2004 isn’t because the game is 15 years older, but because we’re 15 years older, with 15 years of life sticking to us like barnacles.

But the fact is that late gaming isn’t always a curse. Once you get used to it, being unable to really play the newest, best games whenever they come out has some benefits. And knowing you can’t dump 20 hours straight into a game ultimately can work out in your benefit, if you know how to pace it out.

So how do you make the most of your limited gaming time? Here are a few tips based on how I work in gaming time with my real world commitments.

Plan to play in short bursts

I play Diablo 3 in bursts. Sometimes I play for six or seven hours on a Saturday. Other times, I play for just long enough to complete a Greater Rift or run a few bounties. One of the skills you need to learn as you get older is how to fit gaming into an already busy day.

The answer can’t be to shirk your responsibilities, but it also shouldn’t be entirely giving up something that brings you joy.  I love video games, so I’m not going to quit them cold turkey, which means figuring out how much time I have available and what I can do with that time. In a way, Diablo 3 remains a perennial favorite in large part because I absolutely can fit an hour or so of the game in whenever I want.

I mean, I love a lot of games, but not all of them will let me pick them up, play for an hour or two, and put them down. As open world sandbox games get bigger and bigger, they also become more and more demanding and harder to play for a small window of time. This is why my World of Warcraft time is more often spent doing World Quests or other solo queueable content — I don’t have the time for more than a few World Quests and maybe a dungeon or LFR or Warfront before I have to stop playing. 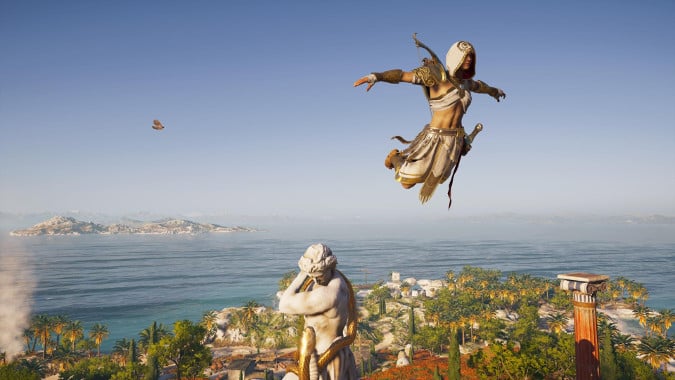 Pick one game to focus on

Imagine having the time to play Horizon Zero Dawn, God of War, Spider-Man, and also Assassin’s Creed Odyssey in the span of one year, and to progress deeply into all of them. Then explain to me how, because I simply can’t imagine that. How do you find time to eat or sleep? Do you do those things? Do you also see and express affection for your loved ones? Walk the dog occasionally?

So for me, it’s always a matter of picking a game or two for my okay, I’ve got a couple of hours moments, and then another game or two for my I have time for a game binge coming up moments. My binge games tend to be big open world games, but even then, I can’t do 16 hour jags on a game anymore, so I usually just pick one game and run with it. I got lucky with Assassin’s Creed Odyssey and got into it when it came out, but I’m only just now discovering Horizon Zero Dawn some two years after it came out. I still haven’t even looked at Breath of the Wild — I’m sure it’s fantastic, but I don’t own a Switch and I’m not likely to pick one up any time soon.

The fact is, there are always going to be more amazing games out there than you actually have time to play, no matter what your life looks like. Even if you’re independently wealthy and can afford to spend an entire week doing nothing but playing games, you will run out of time before you run out of games. I have desperately wanted to play the Banner Saga for years now, but I just haven’t gotten around to it. As it stands, I play way more games than I really have time for because I can justify some of it for this website.

I know no one is fooled by this. 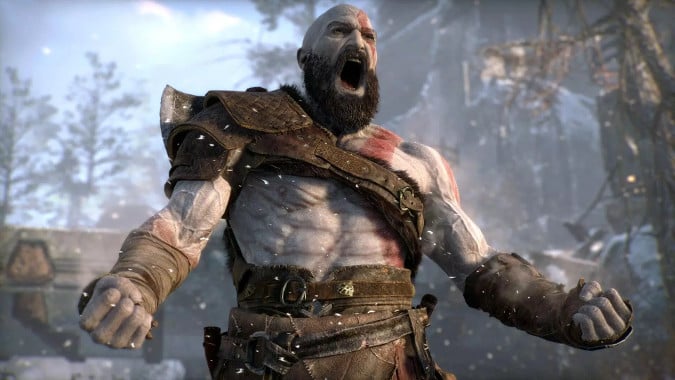 Look, let’s face it — the day a game is released is always the worst time to play it. There are always bugs, server problems, and all sorts of reasons why you just can’t get your game on the way you would want to. But when the game and all its DLC is available for a fraction of the cost they went for when they were new? Heck, you might as well pick it up now even if you don’t really have time to play it. Eventually you’ll have a moment to yourself and that copy of God of War is still going to be sitting on your hard drive and you’ll feel smug about having picked it up for twelve bucks.

Sure, everyone’s already played it.

Sure, you’re way behind and you’re going to feel like Captain America saying I understood that reference when one of those Kratos as a dad jokes gets made.

But so what? A good game is a good game whenever you get around to playing it. Getting to play it for a fraction of the cost and with a fraction of the bugs? That’s a win in my book. And you aren’t taking a blind shot and hoping a game will be good — by the time you’re picking up the Game of the Year edition of Dragon Age Inquisition, you’re assured that at least a few people liked it. I mean, maybe you won’t, but it probably doesn’t have glaring issues.

In the end, if you’re going to stay in this hobby as you get older, you need to forgive yourself for not being young anymore. It happens. It happened to me. And you can keep playing, as long as you understand that you just aren’t the person you used to be.

You’re not the person who could run Naxx 40 for six hours straight three nights a week. That’s fine. Give yourself a break and go clear a Greater Rift before everyone gets up and you have to face the day.